Earlier this week Samsung announced it would be offering a beta program for the Galaxy Watch 4, and it turns out you can actually sign up for it right now if you want to. Spotted by 9To5Google, Samsung seems to have surprised users by making it possible to sign up for the beta program earlier than intended.

The company initially stated that signups would be available starting June 2. But as 9To5Google points out, you can sign up today. Although the beta won’t actually roll out until the specified June 2 date. That being said, the signups aren’t available to everyone. Most notably, it appears that to sign up for the Galaxy Watch 4 beta today, you need to be a user in the US.

You’ll also need to have access to the Samsung Members app. This is where the signup banner appears. Lastly, you need to have a Samsung phone. Samsung Members isn’t available on non-Samsung devices. So, you’re unfortunately out of luck if you use the Galaxy Watch 4 with anything from another brand.

To sign up for the Galaxy Watch 4 beta, you need a Samsung phone

As mentioned you’ll need a Samsung phone to get things started. That’s because you need sign up for the beta through the Samsung Members app. Which is only accessible to Samsung Galaxy devices. If you’ve got that, you’re in the clear.

The other caveat is that your Galaxy Watch 4 currently has to be connected to that Samsung device. If it’s connected to a different device than the Samsung one you’re using the Members app on, you won’t be able to begin the join process.

To get signed up, here’s what you do. Sign into the Samsung Members app with your Samsung account, or create one. You should see the banner across the top of the main page for the beta. But if not, tap the notices button and then select Registration for One UI Watch Beta Program.

Keep in mind that signing up for the beta program does not guarantee you access. And Samsung will notify users that were selected to participate. Samsung also states that once the beta rollout begins, it’ll happen gradually. So the beta won’t be sent to all Galaxy Watch 4 users at once. 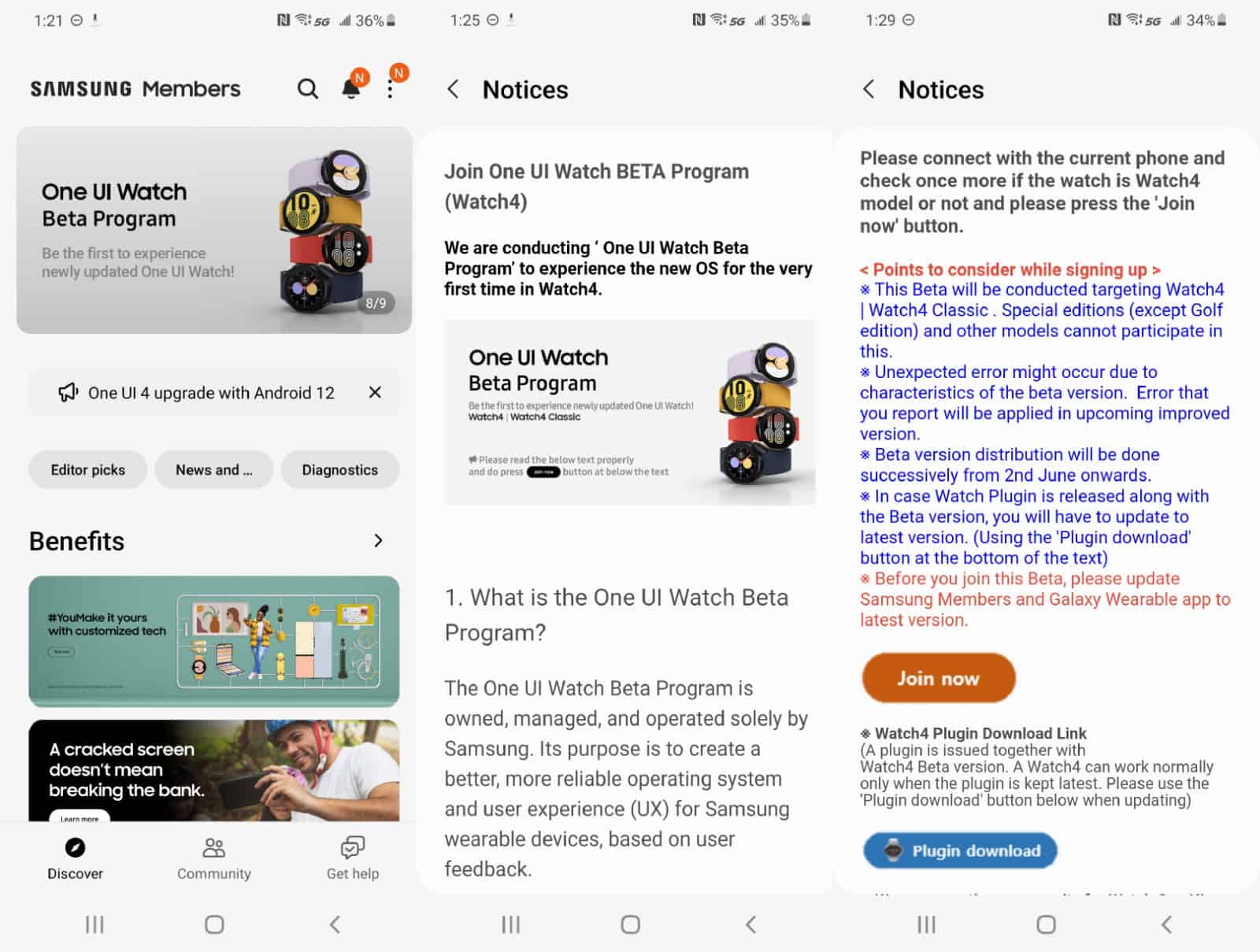