The Samsung Galaxy M13 (SM-M135F) may stick to the same charging speeds as the predecessor, a new report has found. The upcoming budget device has already leaked on multiple occasions, courtesy of certification sites like the FCC. This new revelation effectively confirms that the Galaxy M13 will only charge at up to 15W, which is the same as its predecessor.

As per the FCC and TUV Rheinland, the Galaxy M13 was tested with the 15W EP-TA200 charger. But as SamMobile notes (via MySmartPrice), it’s currently unknown whether the manufacturer will bundle this charging adapter with the device. But we know now that the device will stick to 15W charging.

A previous Bluetooth SIG certification confirmed that the Galaxy M13 would support Bluetooth 5.0. Based on leaked back panels of the device, we also know that the smartphone would sport a 50-megapixel primary camera and a 2-megapixel depth sensor. Meanwhile, rumors further claim the Galaxy M13 will pack a 6.5-inch IPS LCD screen accompanied by the Infinity-V notch, which houses the front camera.

Customers can also expect features like expandable storage, a 5,000mAh battery, and Android 12 running by default. While there’s no precise info on the smartphone’s CPU, Samsung will presumably offer a competitive SoC underneath.

Last year’s Galaxy M12 featured the 8nm Exynos 850 chipset, which is relatively decent for a mid-tier/low-end smartphone. So, while the Galaxy M13’s processor may not post high benchmark scores, it will undoubtedly be an upgrade over the predecessor.

The smartphone will inevitably be available in multiple regions, including parts of Europe and Asia. While 5G connectivity is rumored, Samsung hasn’t confirmed this aspect yet, so we’re taking it with a grain of salt for now. 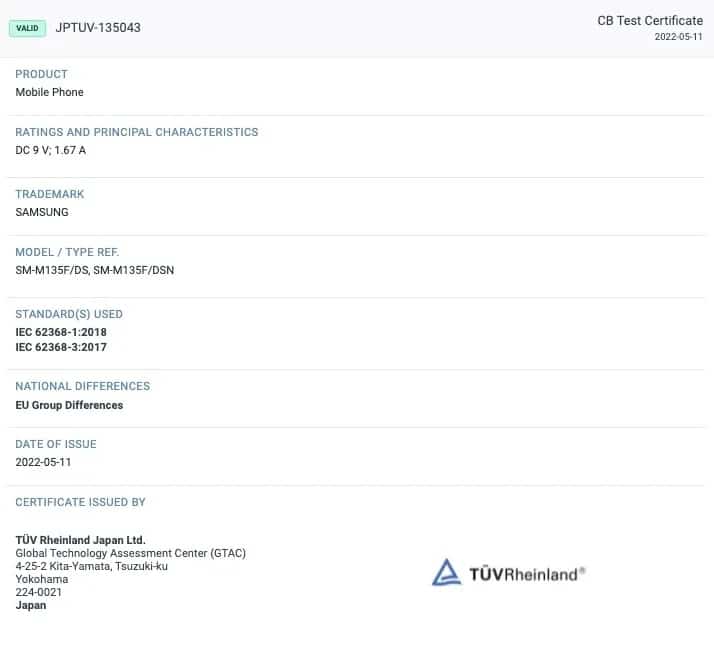 Expect the Galaxy M13 to launch in June, featuring a similar price tag as the predecessor

While there’s no launch date yet for the Galaxy M13, rumors point toward a mid-June release. Keeping this in mind, we’re likely to encounter additional information on the Galaxy M13 in the coming days and weeks.

Since the Galaxy M12 catered to the sub-$200 price segment, we expect the successor to follow a similar path. Based on the information we have obtained so far, the Galaxy M13 is likely to be an incremental upgrade over the Galaxy M12, especially in terms of the hardware.