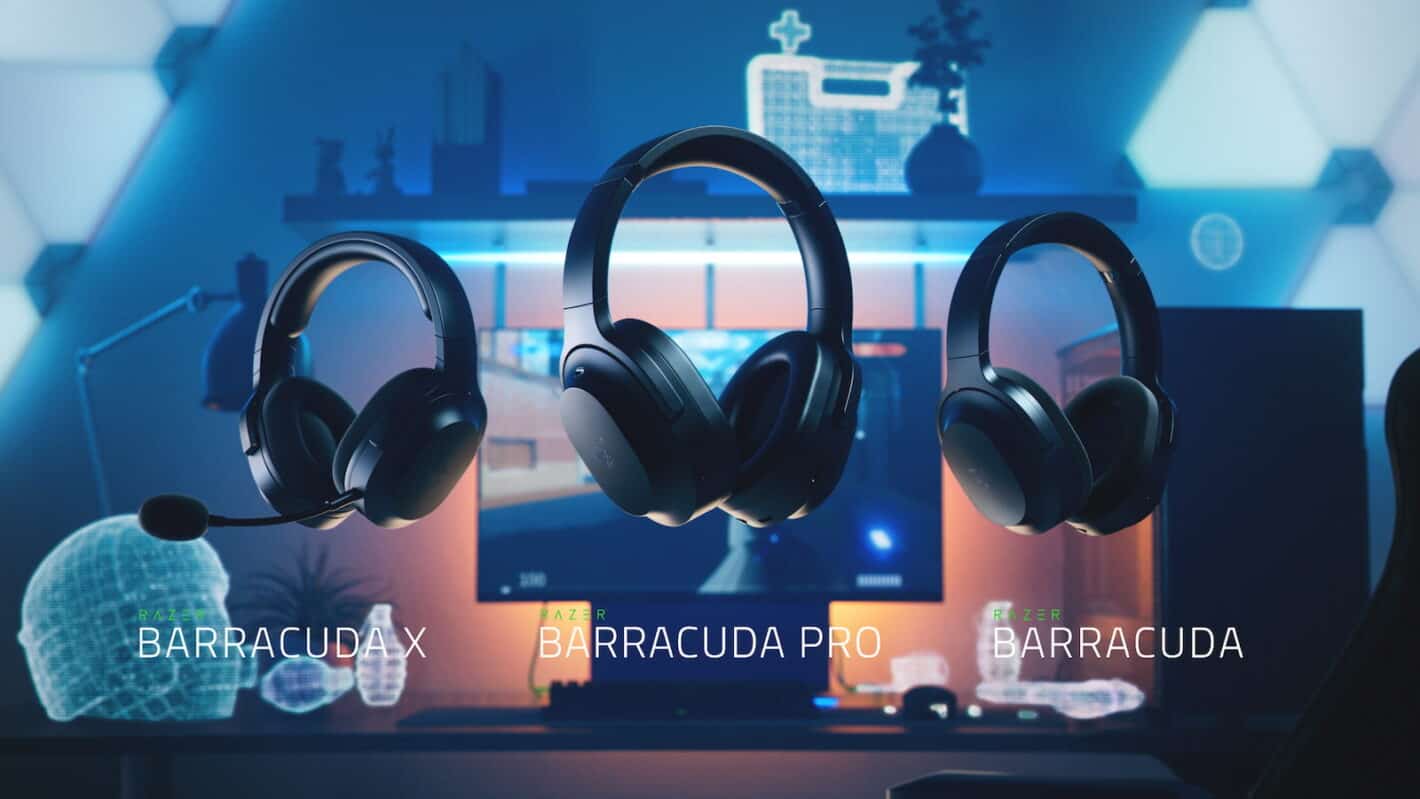 Looking for something on the more affordable side? Then you’ll want to consider the new Barracuda X. Though it looks the same as the 2021 model, it comes with Hybrid ANC, more than double the battery life, and 7.1 virtual surround sound. A clear step up from the older version. What’s more is Razer added these improvements without increasing the weight or the price. The new Barracuda X will still weigh 250g and come at a price point of $99.

While the Barracuda X is arguably very good already for the cost, Razer’s two new models, the Barracuda and Barracuda Pro introduce some neat upgrades to enhance the listening experience.

In addition to the Hybrid ANC, both headsets can connect to devices through 3.5mm audio ports. Or if you want to keep things wireless you can connect through 2.4GHz or Bluetooth. Razer’s SmartSwitch technology has also stuck around. This allows you to connect one device with the 2.4GHz low-latency dongle and one via Bluetooth. And then switch between the current active device with a single button press.

It’s handy if you use the headset for gaming on something like a Nintendo Switch but also want it connected to your phone for use with music or phone calls.

There are also a few other differences to make note of. The Barracuda Pro for instance has THX Spatial Audio and THX Achromatic Audio Amplifier. Meanwhile the Barracuda only comes with THX Spatial Audio. The Pro also uses leatherette memory foam cushions while the other two models use Razer’s FlowKnit memory foam. The more expensive headsets also use dual integrated noise cancelling mics instead of the detachable one that the Barracuda X carries.