Google Pixel Buds Pro was among the most significant announcements at this year’s I/O 2022 Developers Conference and now new details have emerged regarding the gadget’s wireless charging. That’s because the upcoming earbuds have now appeared in documentation certifying them for Qi wireless charging standards.

What does Qi Certification reveal about Pixel Buds Pro charging?

While Google Pixel Buds Pro was already known to support the standard — the feature has been listed on the Google Store page since the announcement — the charging rate was not detailed at that time. But based on the Wireless Power Consortium Qi certification documentation, these buds will be anything but slow to charge.

A 2.5W charge rate would also place Google Pixel Buds Pro ahead of Apple’s latest AirPods Pro. Those other earbuds charge at a rate of 1.7W. While some newer gadgets such as those from Samsung or Sony may charge at a slightly faster rate.

Additionally, the Consortium shows images of the charging case as part of its certification. That’s the first time the wireless charging case for the buds has been pictured at multiple angles.

Images released officially by Google have centered on the earbuds themselves — available in four colors. In contrast, the case itself is plain white with a black accent color inside. So Google has previously only shown the case at a head-on angle or at a distance with other products. And opened up to show off the colorful buds inside.

Now, the case can be seen with its lid closed from the back, front, and sides. Showcasing the slanted lid angle and refined hinges at the rear. 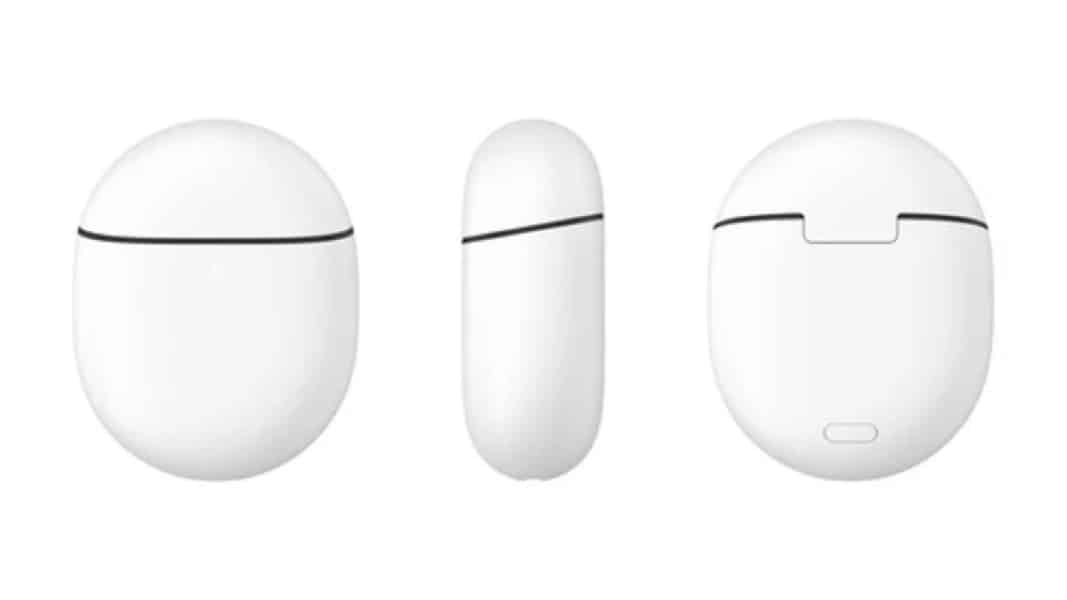