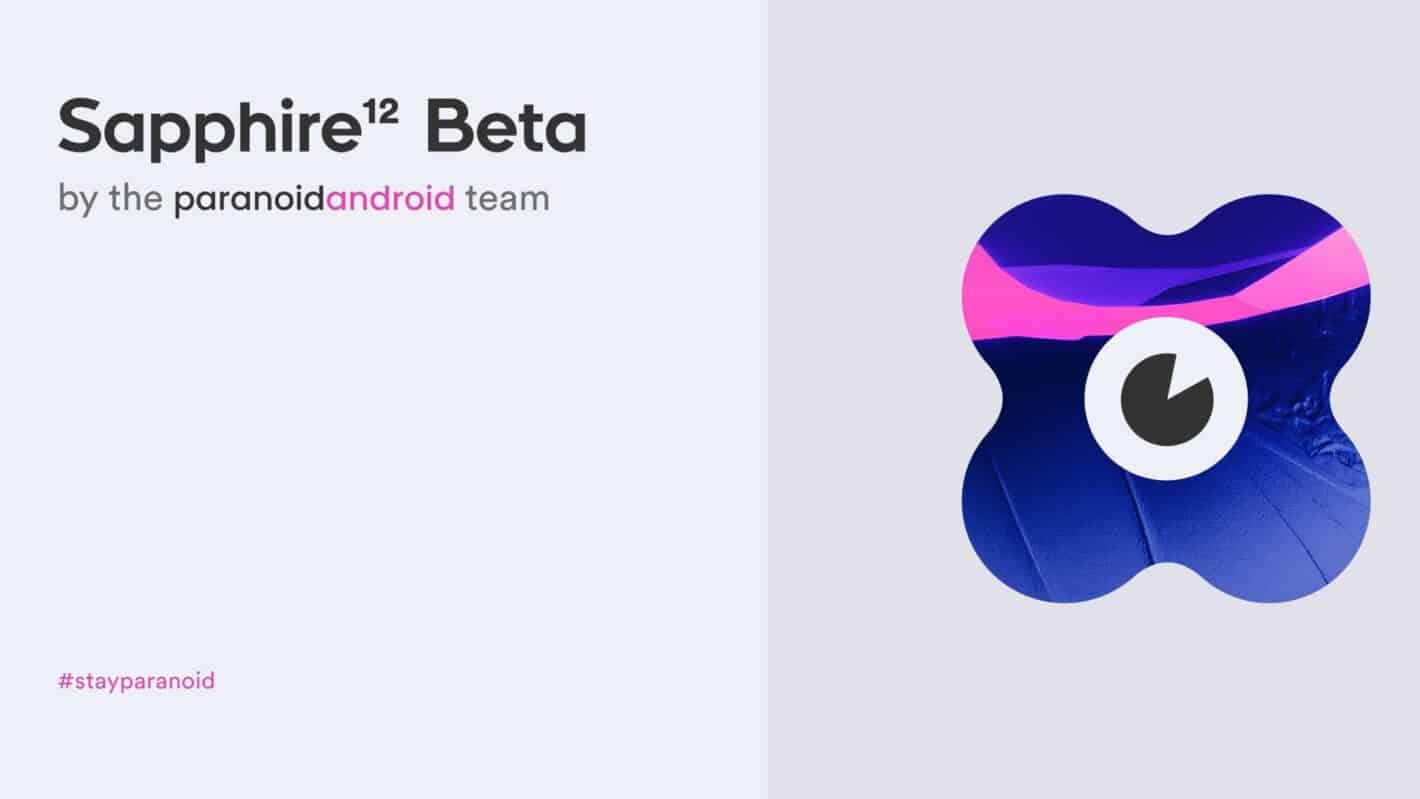 Following a fairly extensive alpha run, the Paranoid Android Sapphire ROM has officially entered its first Beta phase, reports indicate. Beta 1 of the Android 12-based custom operating system, as of this writing, supports mostly Chinese handsets. Including the likes of the OnePlus 9, OnePlus 7 Pro, Xiaomi Mi 11X, Redmi K40, and the POCO F3.

What is Paranoid Android Sapphire Beta and why does this matter?

Now, as noted above, this is still very much a beta version of the Paranoid Android Sapphire OS. And it’s bound to have some bugs, at this time, as a result. Moreover, installing the newest version from the alpha build will require a complete system wipe. So anybody looking to upgrade from the previous version to the latest one will want to back up their device first.

In terms of what Paranoid Android Sapphire is, as hinted above, it’s a fork of the main Android OS used by OEMs. That means it’s a different version of the already-popular OS. But explicitly meant to be installed on existing devices, irrespective of the current version of Android they happen to be running. The focus is to bring many of the biggest features from newer Android iterations — in this case, Android 12 — to older handsets.

That is, more importantly, to bring those features without relying on manufacturers themselves to provide updates. Since OEMs predominantly each have their own custom skins to build before they can release the updates. And because they are so often slow to get those changes rolled out.

OnePlus 7 Pro, for instance, has not yet received its promised Android 12 update, despite that Android 13 is nearly finalized. With Paranoid Android Sapphire, users can get all of the expected features without continuing to wait on OnePlus.