OnePlus is quite familiar with special edition variants of its smartphones, and the trend will seemingly continue with the upcoming OnePlus Ace Racing Edition. A new leak is providing a decent look at this yet-to-be-launched OnePlus mid-ranger.

First reported by 91Mobiles, the OnePlus Ace Racing Edition looks nothing like the standard Ace that broke cover in China recently. The rear camera arrangement here is quite similar to the OnePlus 10 Pro, so this phone could likely launch under a different moniker. The leak only shows us the device’s rear panel. So it’s hard to tell how it’s different from the vanilla variant.

This limited edition variant recently made its way to the Chinese device certification site TENAA bearing the model number PGZ110. However, the device was then known as the OnePlus Ace Lite. But this new leak gives us a clearer idea of its appearance. Since it’s a device that we don’t know much about, we recommend taking this leak with a grain of salt. 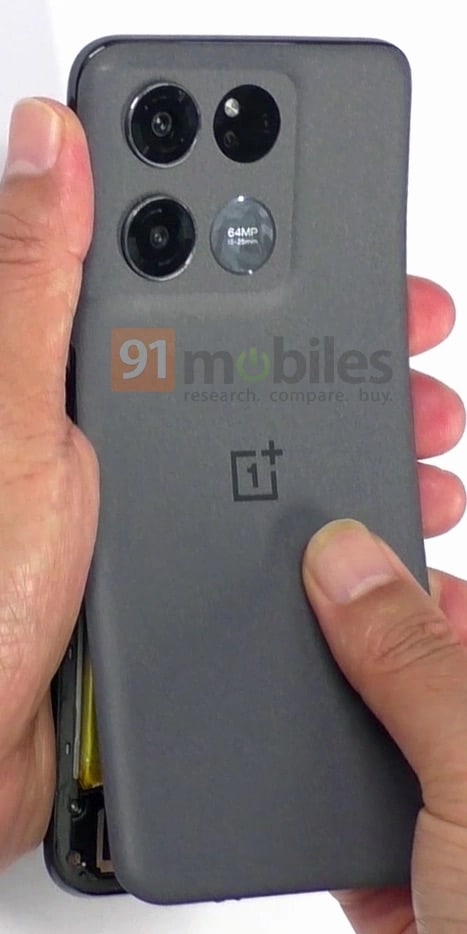 The OnePlus Ace Racing Edition will reportedly pack a 6.59-inch FHD+ resolution display, 8/12GB of RAM, 128/256GB storage, and a 4,890mAh battery. Although the phone will inevitably feature an octa-core chipset, the model/make is unknown.

The three rear cameras on this limited edition device could consist of a 64-megapixel primary shooter, an 8-megapixel ultrawide sensor, and a 2-megapixel camera for macro shots. The front panel reportedly features a single 16-megapixel camera. Info on availability is pretty scarce, but its arrival shouldn’t be far away. We hope to learn more about this mid-ranger in the coming weeks.

2022 is likely to be a busy year for OnePlus, based on recent reports. In addition to the Nord 2T and the Nord 3, the company is seemingly working on the OnePlus 10 Ultra. This flagship will break cover in the second half of 2022, as per tipster Yogesh Brar. Among the highlights of the OnePlus 10 Ultra will reportedly be the octa-core Snapdragon 8 Gen 1+ chipset. It’s unclear if recent reports of the chipset’s delay will impact OnePlus’ launch plans.