We already know that Motorola is working on a new foldable smartphone. That device will probably be called the Motorola Razr 3 or Razr 2022, and it seems like it will be fueled by the Snapdragon 8+ Gen 1 SoC.

This information comes from Motorola’s general manager, Shen Jin, who indirectly confirmed it. He released an image on Weibo (China’s social media network). You can check out that image below. 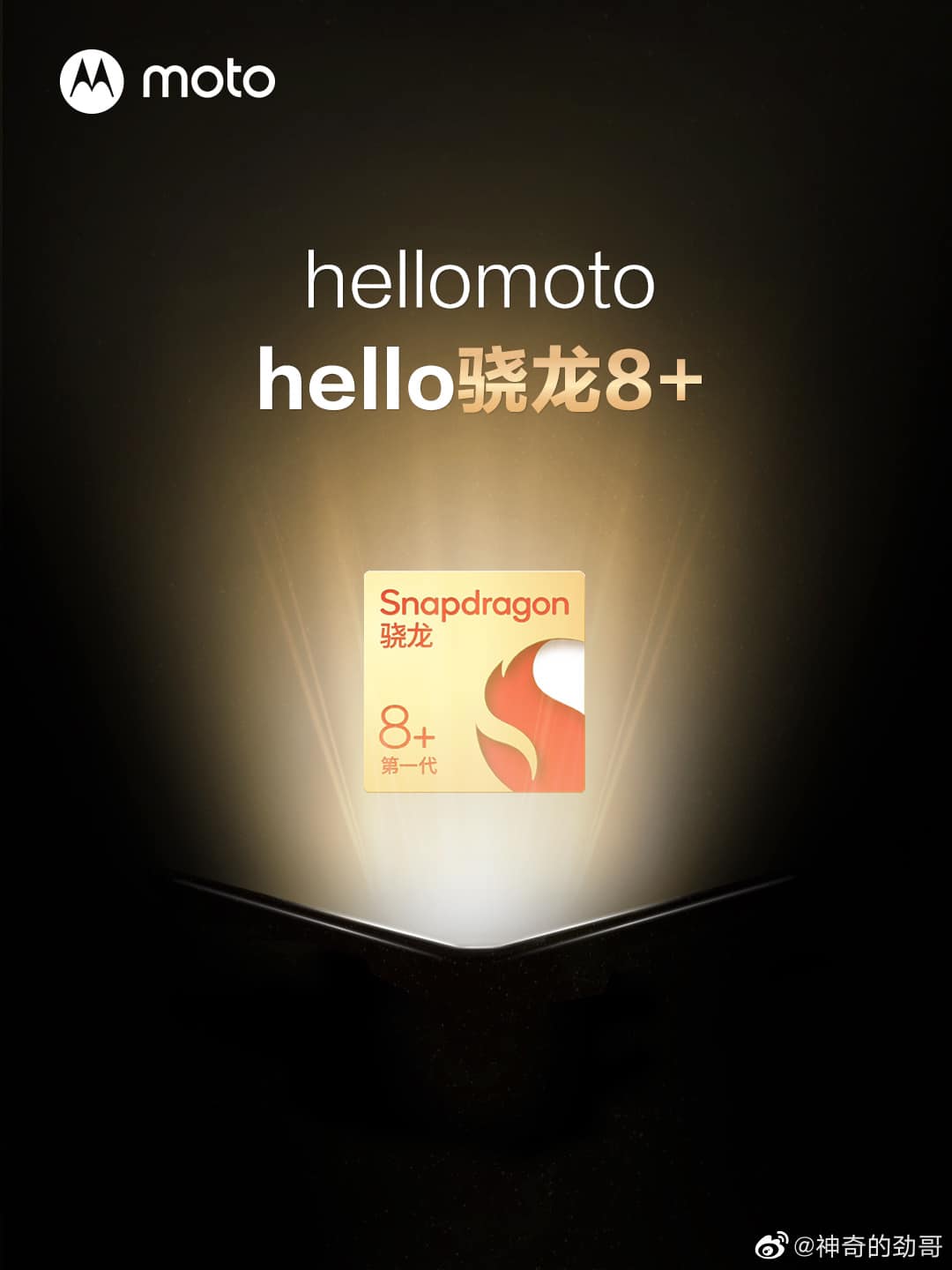 As you can see, the Snapdragon 8+ Gen 1 is clearly highlighted here. Below it, you’ll notice what seems to be a foldable smartphone being unfolded. It’s an indirect teaser, but it’s still rather clear what it says.

There is also a hidden message here, which roughly translates to “We hid an Easter egg in this new Snapdragon 8+ poster, can you spot it?”, according to Noetbookcheck. That hidden Easter egg is obviously a foldable smartphone silhouette.

This is kind of a big deal, as previous Motorola Razr smartphones opted for mid-range chips. Including the Snapdragon 8+ Gen 1 inside the Razr 3 would present a huge boost for the series.

The device actually appeared in real-life images quite recently

The alleged Motorola Razr 3 actually surfaced quite recently. The device will arrive with a major design change compared to its predecessors. That large ‘chin’ at the bottom will be gone, while it will also feature two cameras on the back, instead of one. The notch on the main display will also be gone, replaced by a display camera hole.

It seems like the phone will, for better or worse, resemble Samsung’s Galaxy Z Flip lineup. Not everyone will like that, but there you have it. It’s possible that the real-life images that surfaced were wrong, though, of course.

One rumor also suggested that the Motorola Razr 3 will feature larger displays, both of them. The main display is looking to get a boost from 6.2 to 6.7 inches, while the cover display will be slightly larger.

The device is tipped to launch in Quartz Black and Tranquil Blue colors. It is expected to launch in late July or early August in China, while the global launch will follow soon after.