The Motorola Razr 3 is coming this year. The phone was leaked several times thus far, and Evan Blass actually leaked a short video of the device recently. Now that same source shared the Motorola Razr 3 image that shows us the crease situation.

The Motorola Razr 3 crease situation revealed via a new image

Now, this image (shown below) is actually taken from the video that Evan Blass shared, but it shows the situation much better than the video. It’s a higher-quality image, hence you can see its display in more detail. The crease was basically invisible in the video. 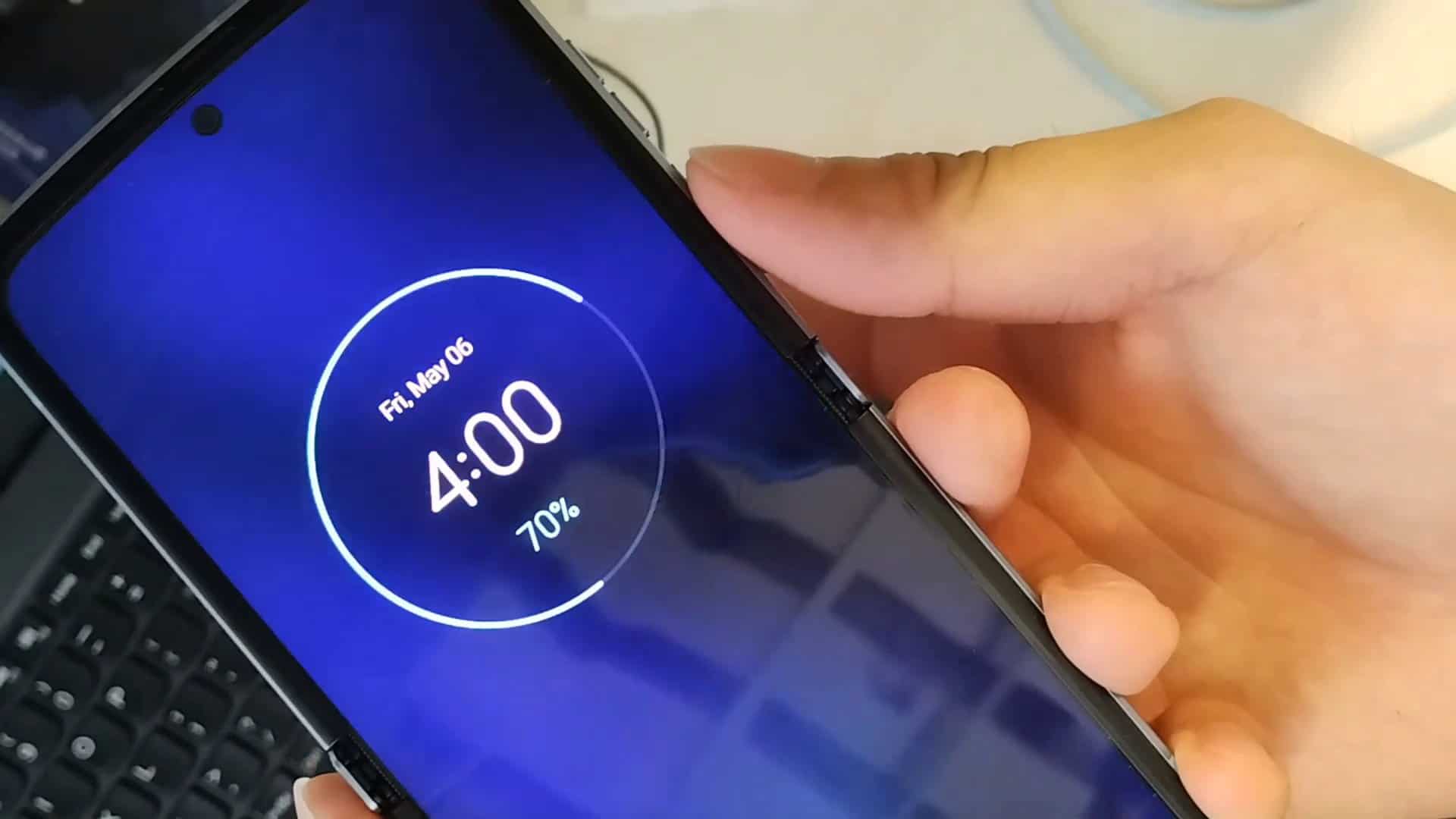 If you take a closer look at the left side of the display, around the hinge, you’ll notice crease marks. The bottom one is more visible, but there are two separate ones. These do seem to be quite mild, though.

We won’t know the full story until the phone launches, of course, but the crease will be there, well, two of them. As long as they’re as mild as they seem in this image, that won’t be a problem.

Motorola is not a magician, and it couldn’t hide the crease completely, not a single OEM managed to do that. Some did a lot better job than others in that regard, though. The OPPO Find N, which we’ve reviewed a while back, for example, did an excellent job when it comes to hiding the display crease.

In any case, the Motorola Razr 3 aka Razr 2022 (we’re not sure what name will be used), will feature a completely different design than its predecessors. It will have a display camera hole on its main display, not a notch.

That signature ‘chin’ below the phone also won’t be a part of the package. You’ll find two cameras on the back of the device this time around. All in all, the Razr 3 design will be a lot more comparable to the Galaxy Z Flip 3 than previous Razr devices.