Microsoft is investing more in the progressive web app (PWA) ecosystem for its Chromium-based Edge browser, bringing several smaller alterations that should ultimately have a big impact on end-users. That’s based on recent reports following the company detailing the changes at its annual Build conference.

The impact won’t solely rely on changes the company is making to ensure a PWA installed via Edge functions more like a native app. Although that has been a primary focal point for companies behind the PWA revolution and is still very much a part of it.

The company plans, for instance, to introduce new APIs that will allow PWA notifications to be passed on by Windows itself using the PWA rather than the Edge browser. That means users will see web apps that behave more like native apps before they’re even installed.

Microsoft will be joining that change with others to ensure a more app-like experience too. Namely, displaying them in the Microsoft Store, reworking the Microsoft Edge Apps page, and adding app syncing across devices. Moreover, the company plans to launch a new “Apps Hub” for users.

What else is Microsoft bringing to the table for PWA apps installed from Edge?

Beyond those user-facing changes, Microsoft will also implement changes on the developer side of the equation. Starting with a partnership with PWABuilder to ensure that developers have access to a PWA Starter project. And to the VS Code PWA Studio extension. All aimed at making it easier than ever to create PWAs for delivery via Microsoft Edge.

Those changes and others will be arriving for the top-rated browser just in time for the end of Microsoft’s Internet Explorer. The company will retire the browser on June 15.

Finally, the company will be simplifying DevTools for developers. In addition to improving availability for WebView 2 to WinUI 2/UWP apps over the next few months. The platform helps to reduce CPU and memory use by 30-percent, according to Microsoft. That’s for apps brought to Windows via the Chromium engine-based platform. 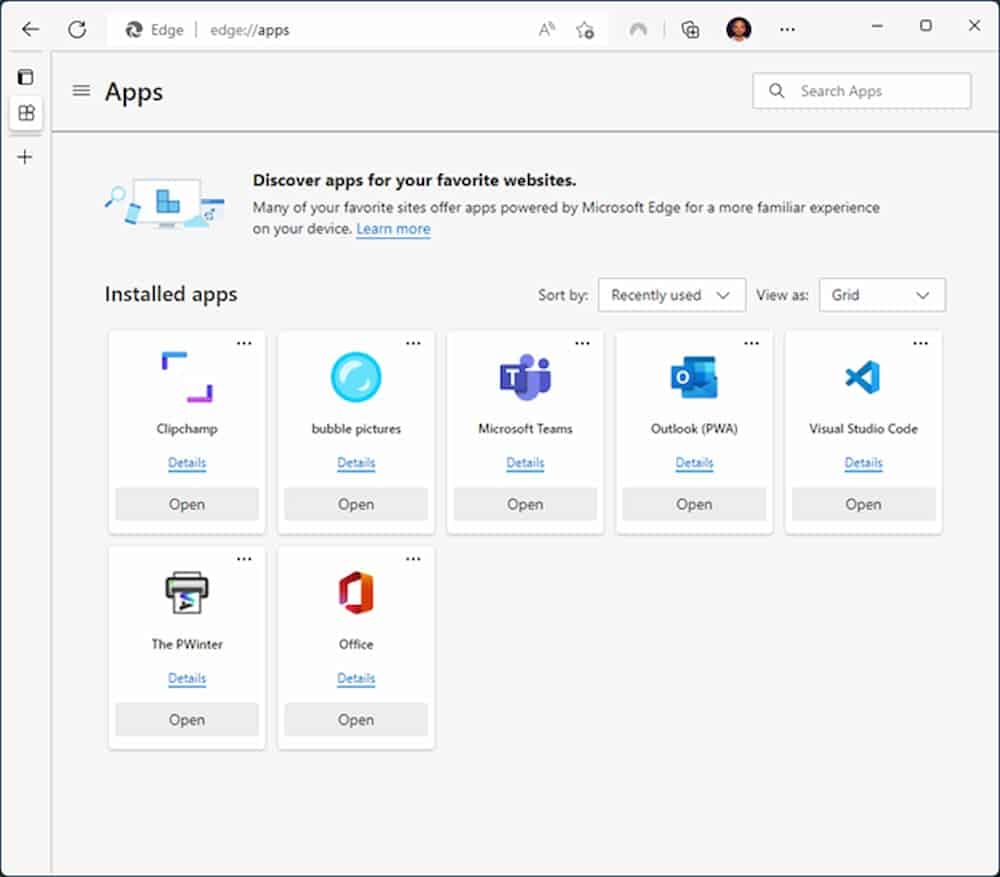