2021 was a silent year for Motorola’s flagship phones. One thing that got to us was the fact that there was no new iteration of the company’s foldable, Razr. Now, however, the company is working on a new iteration, and now we have more information on it. A new massive leak just showed off the fingerprint scanner and outer display of the Motorola Razr 3.

It seems that Motorola took a year’s break to redefine what it wants to do with its line of clamshell foldable phones. It launched two already, but they all fell just short of Samsung’s Galaxy Z Flip phones.

While Samsung has the foldable phone market in its pocket, it doesn’t mean that Motorola is out of the game. Thanks to Evan Blass, we have a new and damning leak that shows the device in all of its glory. We see some of the notable features that we can expect when this phone launches.

He shared an eight-second-long GIF on Twitter showing the full device. In the GIF, we see that the phone will have a side-mounted fingerprint scanner. The person unlocks the phone and enters the interface. There’s not much information we can glean from the interface other than the Motorola wallpaper. 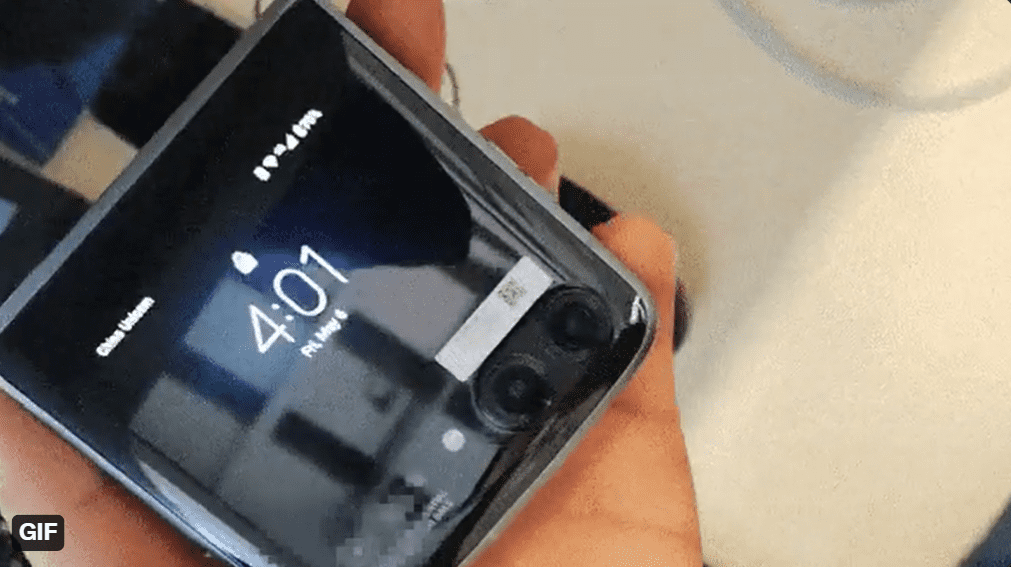 There’s not much more information about this phone at the moment. Recent reports pointed to this phone using the new Snapdragon 8+ Gen 1 SoC. Other than that, this phone’s still a mystery. Samsung will launch its next clamshell foldable later on in the year, so we know that the next Razr will have some stiff competition.