LG smartphone owners on T-Mobile were facing an annoying bug that showed an error message reading “Unfortunately, LG IMS has stopped” repeatedly. Thankfully, the bug has now been fixed courtesy of a new update.

The issue reportedly stems from a change that T-Mobile made to its internal systems, as per The TMo Report (via Phone Arena). T-Mobile clearly couldn’t notice the bug in time, meaning that a handful of LG devices were rendered useless with this error message. 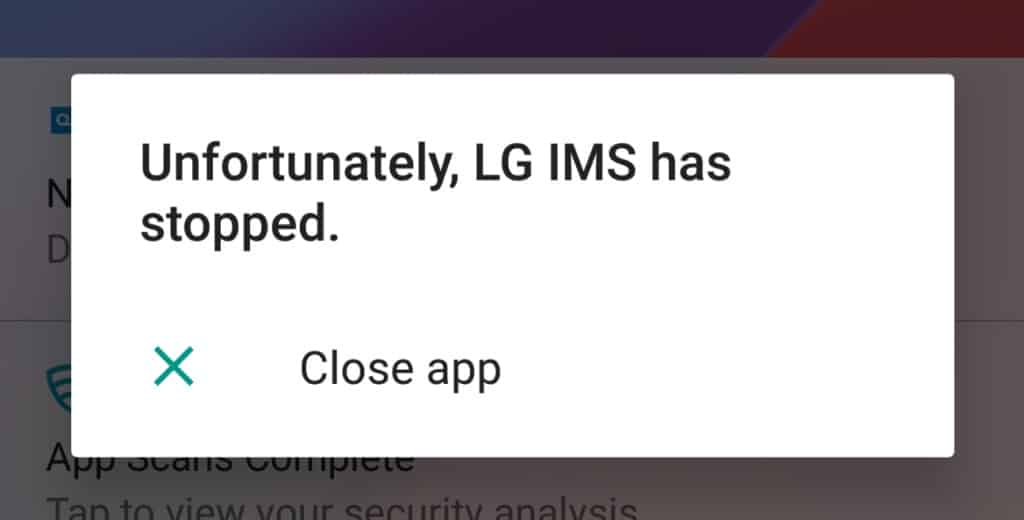 The TMo Report cites a “trusted source” claiming that the fix is currently rolling out to affected customers. The source says that the fix will automatically apply to all devices with a reboot. Devices that don’t go through the reboot should get the update in a day or so.

The discovery of the IMS bug was rather curious. “IP Multimedia and voice Service” or IMS is a modern-day protocol that deals with voice and data on digital devices. It is instrumental in features like VoLTE (Voice over LTE) and also the functioning of data networks. So if something goes wrong here, it’s likely to impact the user significantly.

Some users on Reddit even came up with makeshift solutions for this bug. One user recommended clearing data and cache from a system app named com.lge.ims.rcsprovider. Since the repeated pop-ups were related to the broken IMS, some even suggested putting the phone on airplane mode. Fortunately, none of these workarounds are no longer required, with T-Mobile officially rolling out the fix.

Although LG exited the mobile industry last year, the company promised to update its existing phones. Some received support for C-Band networks (Verizon LG Wing), while a few lucky phones also got Android 12. However, the company could ill afford a major software bug such as the one we talked about above. With T-Mobile now rolling out the bug fixing update, LG can finally breathe easy.

The Un-carrier recently began rolling out Android 12 for the LG V60 and the LG Velvet. Android 12 will likely be the last major update for the two devices. Both phones launched with Android 10 back in 2020, so they’ve already received two major software upgrades.