The HONOR 70 series is right around the corner, and both devices just appeared in real-life images. We’re talking about the HONOR 70 and HONOR 70 Pro here.

If you take a look at the gallery below the article, you’ll be able to see both phones. As you can see, quite a few images surfaced, giving us a great look at both phones.

You’ll notice that both phones are made out of metal and glass, and that they offer similar designs. The ‘Pro’ model is easy to spot as it has a more pronounced camera bump, and its cameras are a part of the same camera island. The two HONOR 70 camera circles protrude directly from the phone’s body.

You’ll see that both devices will arrive in a range of colors. Both will be available in black, white, and green colors. The HONOR 70 will also arrive in a blue-ish tint, while the HONOR 70 Pro will seemingly have a gold color, or something of the sort.

The HONOR 70 surfaced in renders not long ago

Truth be said, it’s difficult to differentiate these colors as the light reflection makes them change colors. We’ve seen the HONOR 70 colors already in renders, but not the HONOR 70 Pro’s. This is the first time we’re seeing those. Feel free to check out the gallery below to see them for yourself. By the way, the HONOR 70 renders got confirmed by HONOR in the meantime.

HONOR will have fancy names for those colors, of course. So, it remains to be seen what we’ll get in the end. As you can see, the bezels on both phones will be quite thin, though they will be slightly thinner on the HONOR 70 Pro. If you check out the image below, you’ll see that clear as day. 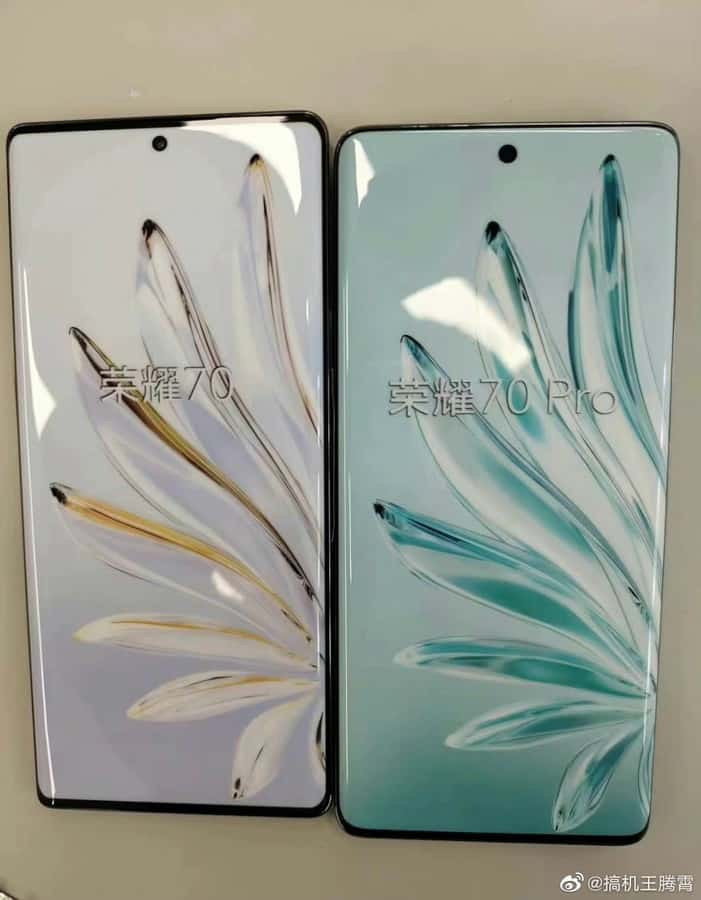 A 54-megapixel main camera will be included on both

We don’t really know much about their specs just yet. What we do know, however, is that a 54-megapixel main camera (1/1.49” sensor) will be included on the back, and made by Sony.

The HONOR 70 series will become official on May 30. The two devices will launch in China first, and then arrive to more markets.