Google TV is a compelling TV operating system, but its screensaver has always left a lot to be desired. However, according to 9To5Google, it looks like the company finally changed that. The Google TV screensaver just got a visual and functional revamp that proves useful.

Before, when Google TV would nod off and enter the screensaver mode, you’d just get a slideshow of images. The images would either be from Google’s collection of images or from your Google Photos library. It was a nice display, but people were wanting a little more functionality.

This should and shouldn’t come as a surprise. Google did say that it was going to add some solid functionality to its screensaver back in December 2021. However, that never came to fruition. We knew that Google was working on this, but we never got the feature until now.

This was spotted by 9To5Google, and the folks at the site first saw a hint to this revamp via a notification. The notification read “Proactive Results are now on. Soon you’ll see personalized info from Google Assistant in Ambient Mode”. This means that Google will curate content based on your usage and display it on your screensaver.

The results are pretty nice. The background will still be an image from Google, but what’s important is the collection of items on top of it. The results should, ostensibly, differ based on the person, but the folks at 9To5Google saw a Spotify playlist, a podcast provided by Google podcasts, a Google Assistant voice search suggestion, a YouTube video, and the weather.

Services like Spotify will differ depending on what streaming service you use, but the other results might be an automatic choice due to this being a Google operating system.

As far as we can tell, this isn’t some sort of early beta feature or anything. It could be rolling out to eligible devices right now. You might want to look out for the feature if you want to get more from your Google TV screensaver. 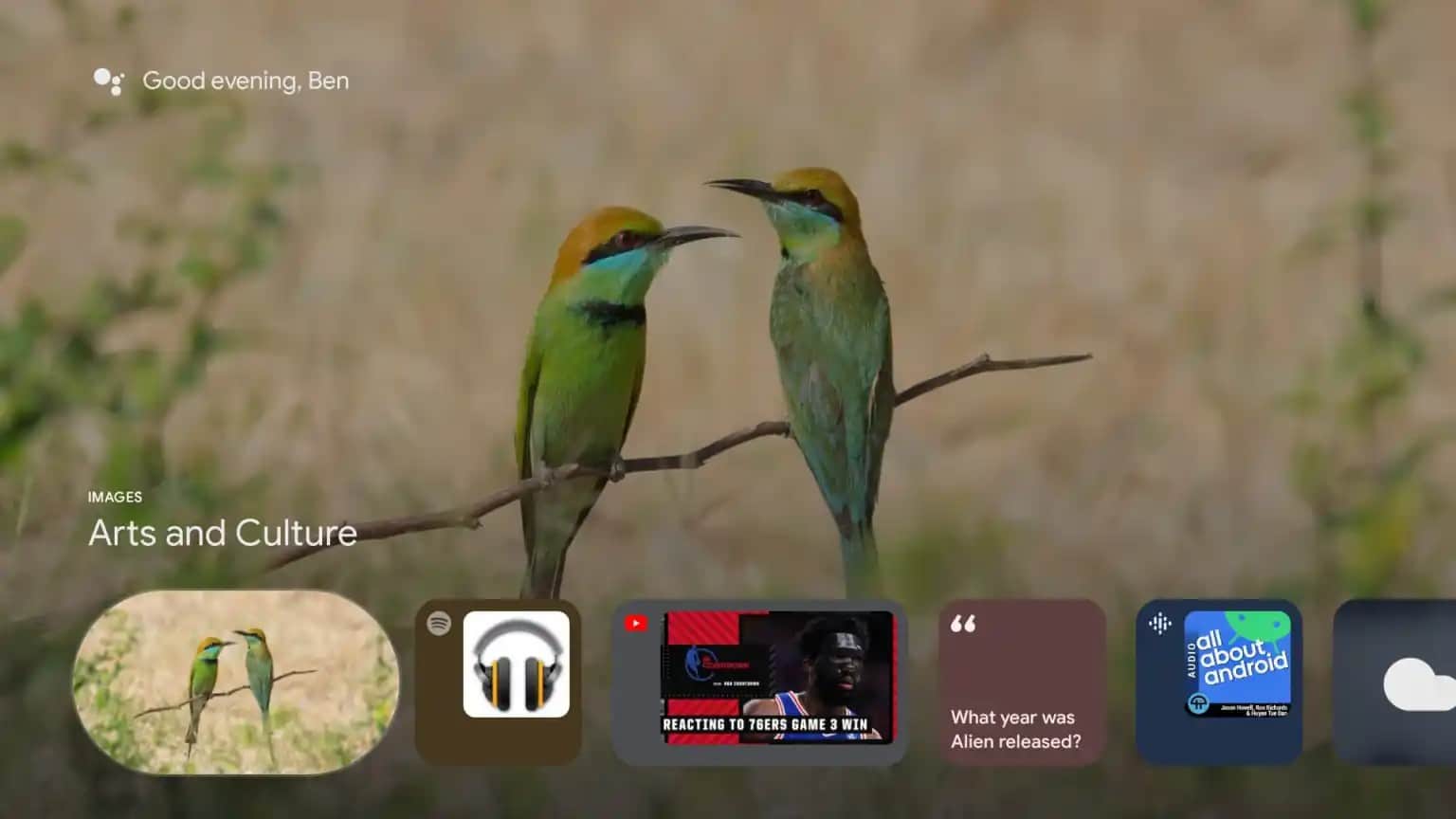