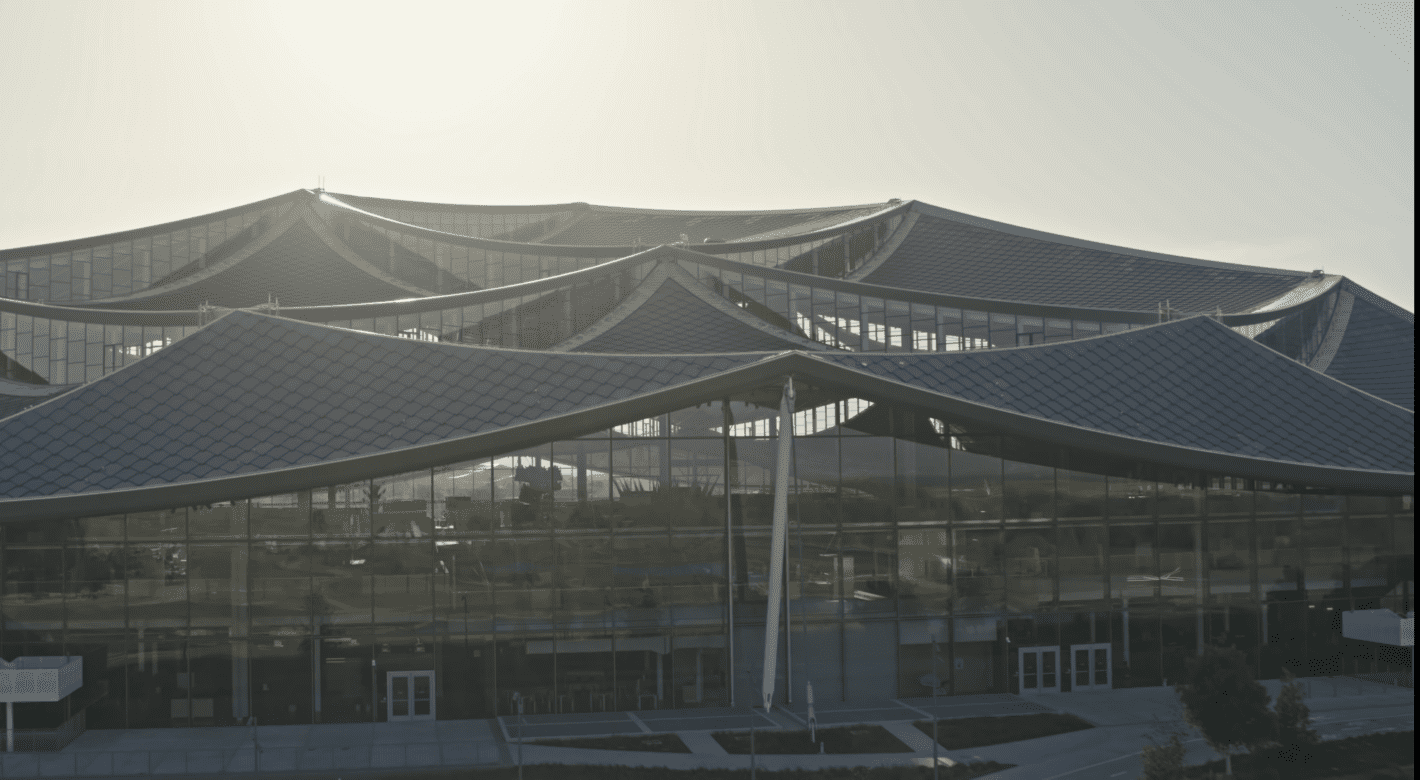 We all know about the Google HQ located in Mountain View, California. However, according to Engadget, Google is not looking to keep it at just one location, as the company just opened its new location. This new Google HQ is located at Bay View and Charleston East.

The Bay View HQ is the first one designed by Google

Google designed a new headquarters for its affairs in Silicon Valley, and it’s a sight to behold. The new HQ is the first location actually designed by Google itself, and it shows. Google’s designs for devices (and now, buildings) are really odd-looking but in the best way. They’re eccentric and experimental, but they grow on you after a while. Think of the Pixel 6’s design.

This building definitely has a unique design with its sloping roof sections. They almost give it the appearance of being a giant tent at the right angle. Overall, it has the appearance to make people look twice.

This is definitely a sustainable building

Google didn’t only design this building to be eye candy for Silicon Valley; there are also some environmental benefits to the building. Google (well, according to the 5-minute promo video) designed this HQ with the environment and sustainability in mind.

Google put a lot of work to make the building run only on electricity. This eliminates what would have been a lot of fossil fuel used. It utilizes geothermal energy to help it sustain power and it even captures the rainwater instead of letting it flow away.

If you want to see more about what this building is and the thought behind it, you can watch the promo video below.

At Google I/O 2022, Google announced a lot of hardware products for eager Googlers. Among the devices announced, Google pulled the wraps off of the Pixel 7. This is the next generation of flagship smartphones by Google.

The phone will have a similar design to the Pixel 6 with the visor on the back. However, instead of being made from glass, the visor is made from metal. It, much like with the Galaxy S22 and OnePlus 10, melts into the phone’s frame.

This phone will use the next-generation Tensor chip designed by Google. We don’t have much more information on the specs, but we know that the pro model will have a triple-camera setup while the regular model will have a dual-camera setup. The Pixel 7 and Pixel 7 Pro will launch in the Fall alongside the Pixel Watch.