Google is marking the 15th anniversary of Street View by bringing new features to Google Maps. These include a new Street View camera system and the ability to check out older Street View imagery on Android and iOS.

As 9to5Google rightly points out, the web version of Maps has supported the ability to view older Street View imagery since 2014. So mobile support has been long overdue. To access the new feature on mobile, users simply need to tap anywhere on the photo to learn about its location. Users then have to tap “See more dates” on the pop-up to check out Street View imagery from the past.

Google also unveiled Street View Studio, which will let users publish 360-degree image sequences quickly and in large numbers. There’s also a tool that lets you upload 360-degree videos with a dedicated preview page. Users can receive browser notifications when the upload is complete. Additionally, you can filter files by location, filename, and processing status.

The company’s most exciting announcement comes in the form of a pilot program for a brand new Street View camera. Google said it weighs under 15 pounds and is “roughly the size of a house cat.”

“​​Previously, we needed to create an entirely new camera system whenever we wanted to collect different types of imagery,” Google said on its site. This modular camera will also support the addition of components like lidar or laser scanners. This would enable the camera to potentially identify finer details of the street, such as potholes or lane markings.

Google says the new camera fits on practically any car with a roof rack. Moreover, it is managed using a mobile device, making it significantly easier to control and manage. The new camera will reportedly be available on “Street View cars and trekkers” starting next year.

The company is also bringing some visual changes to Maps on mobile and the web. “In celebration of Street View’s birthday, you’ll have the opportunity to make your navigation icon a celebratory Street View car – just tap the chevron when you’re in driving navigation, Google said. “And on desktop, our beloved Pegman – who you can pick up and drop anywhere in Maps to see Street View – will be dressed up in a birthday hat and balloons for the celebration.” 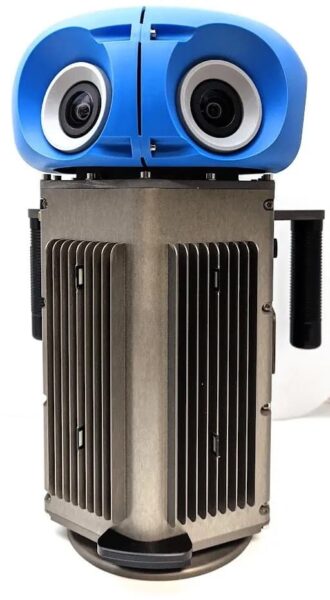