Google has announced one major improvement for its Magic Eraser feature, as it can now change object colors as well. This change was announced during Google I/O 2022, during the Pixel 6a section. You can check out that portion of the video by clicking here.

Magic Eraser was first released with the Pixel 6 and 6 Pro, as an exclusive feature. It’s actually really useful, as it allows you to easily remove unwanted objects from an image you took. Well, with this new addition, you’ll even be able to change the colors of those objects, instead of removing them.

Google achieved this by utilizing Machine Learning (ML), of course. You may wonder, why would you want to change the color of something, instead of removing it? Well, perhaps you don’t want it to be too distracting.

Google actually used a really nice example during its keynote. It changed the color of a green cooler that was located next to a kid in the picture. That cooler was extremely distracting, and once the color change took place, the picture looked much better, as shown below. 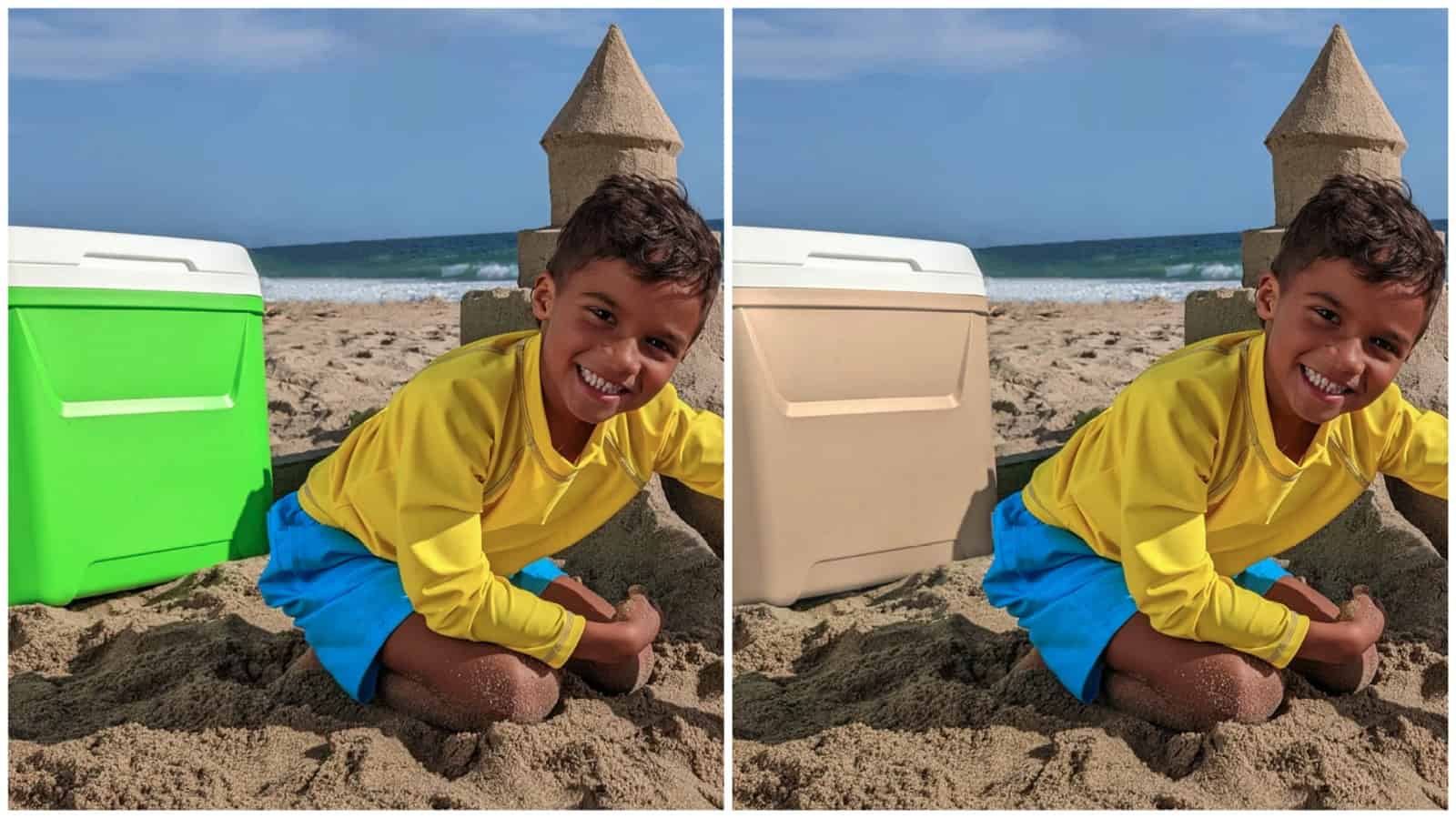 This will be done automatically once you select an object, it seems

It seems like you won’t be able to choose the color manually, though. Google said the following: “In just a few taps, the object’s colors and shading blend in naturally. So the focus is on the subjects — where it should be.“

So, it seems like the object you’d like to blend in, will do that automatically, based on the background of your shot. In this particular case, the cooler blended with the sandy beach.

Google did confirm that Magic Eraser will be available on the Pixel 6a, and along with it, this new feature as well. Magic Eraser was a cool feature from the get-go, and quite useful, at least in my case. This will add even more utility to it, which is always a good thing.

Chances are you can’t try it out straight away on your Pixels, but the feature is coming soon it seems. It may first debut on the Pixel 6a, we’ll see, Google didn’t detail its availability timeline.