Google I/O 2022 is over but the search giant is leaving a new web-based toy founded on principles discussed in its keynotes for generating and playing with Euclidean rhythms and melodies. Found at the Google I/O site, nested under the “I/O Playground,” the toy is fairly complex for its purpose. Namely, to allow users to experiment with sound using a web app created by Google Developers.

What is the new web toy for sound from the Google I/O Playground?

As noted above, the purpose of the new sound toy for the web is to let users experiment with Euclidean rhythms. Generating melodies of their own via evenly distribute hits and silences. And Google gives users four separate rhythms to play with in order to create melodies and rhythm-based music.

Upon arriving at the site for the toy, users are presented with those, situated across four colored panels. As shown in the images above, users can then set how many steps are in each rhythm. And how many hits, as well. The hits are spaced evenly depending on the number of hits and steps chosen, with silences placed between them. Although there can be a different number of spaces between each hit if the numbers are at odds.

Each rhythm panel also has its own unique sound. Google engineered things so that each individual hit can be user-defined for a different pitch for those sounds, as well. There are four pitches available for each sound. So users can mix and match the color — and, consequently, the pitch — to create melodies. When all of the panels are used, polyrhythms and layering are possible. Allowing for complex compositions from the individual Euclidean rhythms.

Moreover, fine-tuning the different panels is possible thanks to additional settings for tempo. Muting and soloing features are also available on that settings panel. So users can see what each individual segment sounds like for deeper creative sessions.

Finally, behind the on-screen clock icon, users can see and hear a Euclidean Clock for the current date and time. That’s summarily a visual and audio representation of the day and time played out by the tool. As shown in the image below. 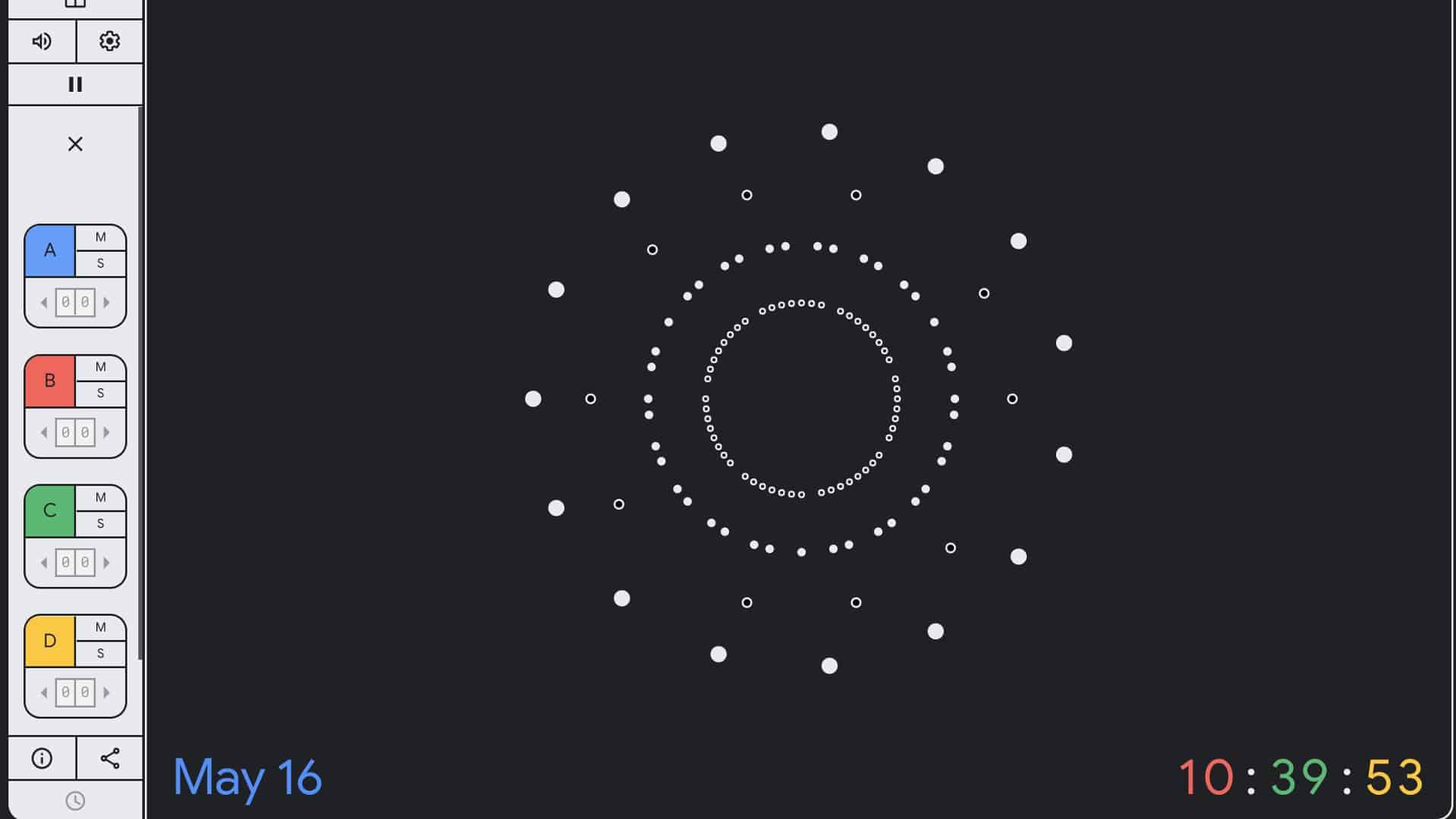