Google has been lately adding a security banner to its Workspace tools to protect you against potentially malicious or dangerous files or links. Over the past few months, these banners have rolled out to Drive, Docs, and several other Google Workspace tools. Google Chat is now picking it up as well.

Over the next couple of weeks, you will start seeing a “red” banner when you receive potential phishing and malware messages in Google Chat. The banner will only appear if the suspicious message is coming from users with personal Google Accounts. You will see it at the bottom of the screen with the title “This invite is suspicious”. The detailed description reads: This conversation contains links to known phishing sites that may try to steal your information.

If you suspect danger, you can instantly block the sender from within that banner. But if you’ve confirmed that the message is safe, you can choose to “accept anyway” and continue the conversation. The banners will appear on mobile apps as well as the Google Chat web client.

There is no admin control for this feature. It will be enabled by default once rolled out to your Google account. The rollout has already begun on both Rapid Release and Scheduled Release domains. The company hopes to cover all Google Workspace customers, including legacy G Suite Basic and Business customers, as well as users with personal Google Accounts over the next couple of weeks.

Google is also expanding these warning labels on Gmail

In addition to rolling out the warning banners to Google Chat, the company is also expanding the feature on Gmail. The email client has shown such warnings for a long time. But earlier, they appeared only when you were responding to emails sent from outside of your organization. With the latest expansion, you will also see the warning banners if you add external recipients when composing an email. Admins can enable or disable this feature for their organization.

The outbreak of the coronavirus pandemic a couple of years ago has changed the way we work. Remote working has become a new norm but this has also increased the risk of malicious attacks. Working from outside your corporate security space makes it easier for malicious actors to target you. Thankfully, the providers of these remote working tools are regularly strengthening the security of their services to protect users against such attacks and keep data safe. 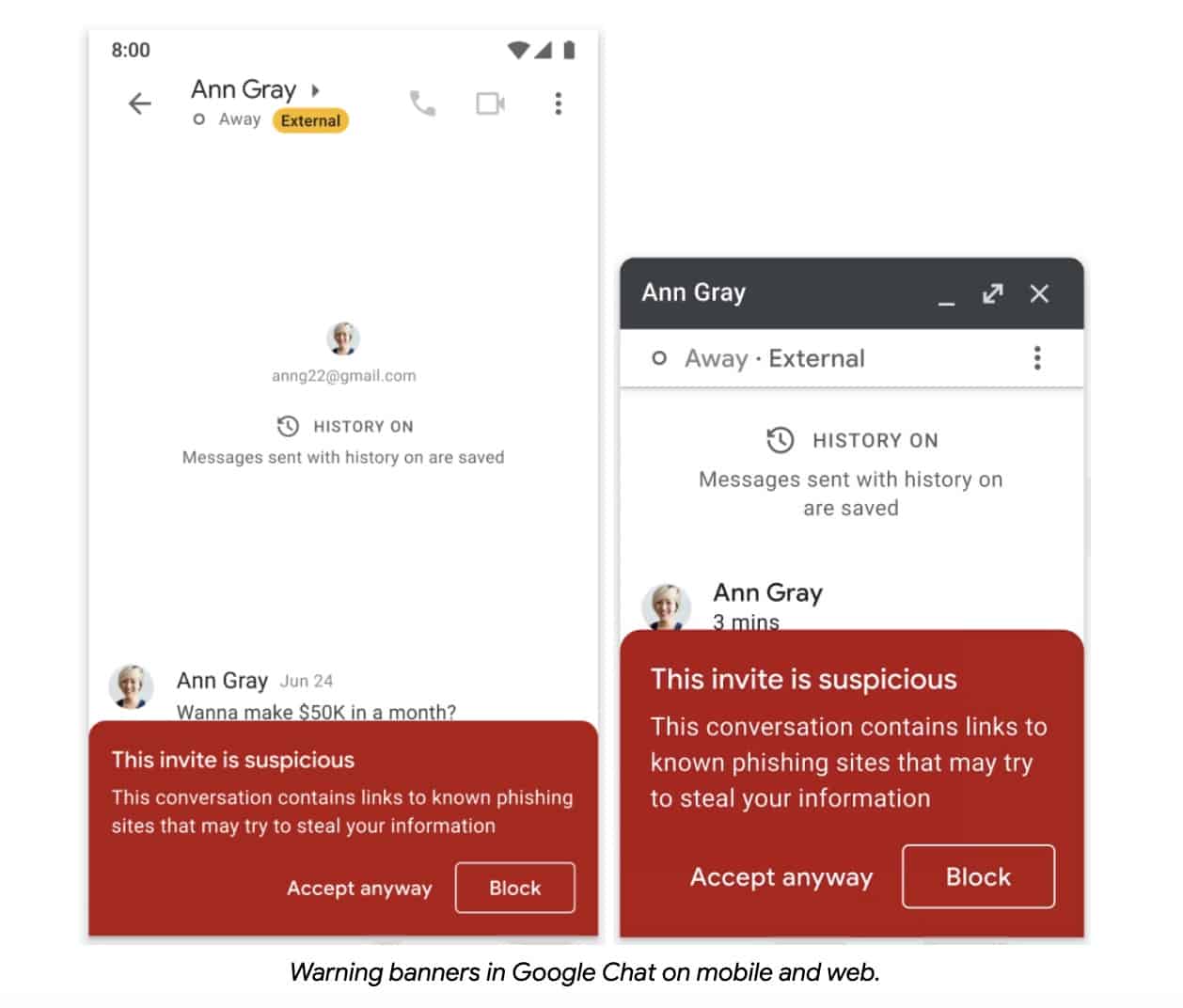