Google is bringing new user controls to its ads, allowing users to limit ads related to topics like parenting, pregnancy, weight loss, and dating. These controls already exist in the U.S. via YouTube, where users can reduce the number of ads they see about alcohol or gambling. The newly unveiled ad categories will cover YouTube, Gmail, and third-party websites with Google ads.

Speaking to TechCrunch, a Google representative said these new ad controls wouldn’t apply to Google Search. But the company has this plan in the pipeline for the future. According to the search giant, these changes come after a wave of user feedback about controlling the visibility of ads that discuss sensitive topics. 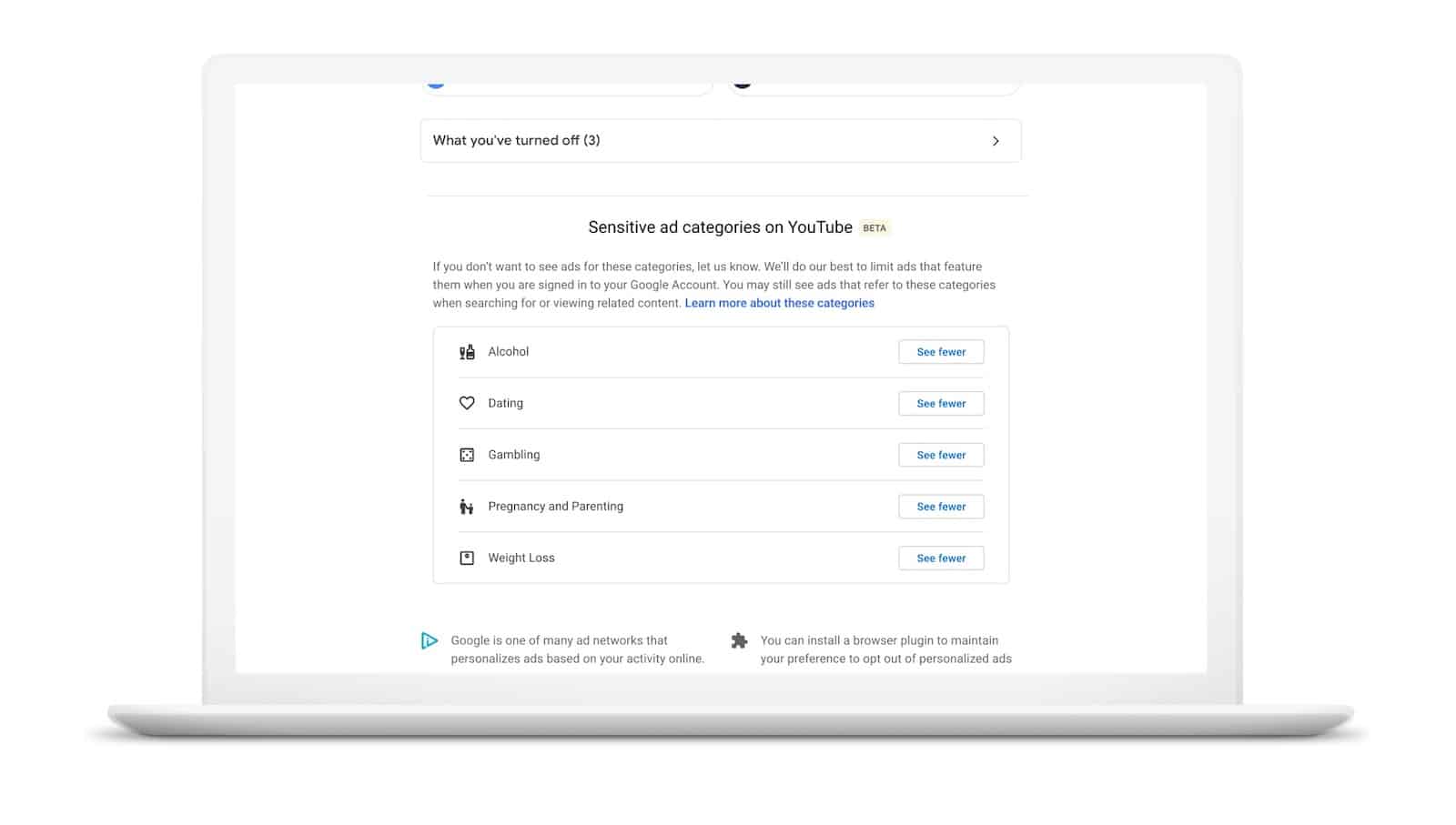 The group product manager for ads privacy at Google, Karin Hennessy, elaborated on the new policy. “People want more control over their ads experience, including blocking ads or categories they prefer not to see,” Hennessy said.

“Providing transparency and control has always been a priority for us so we’re expanding our tools, enabling the choice to see fewer pregnancy and parenting, dating, and weight loss ads. We’ll continue to listen to user feedback and study which categories to expand this feature to in the future.”

Users can access the new ad visibility controls from their Google account dashboard within Ad Settings. Scrolling down will reveal the “Sensitive ad categories” section, which includes five topics such as alcohol, dating, gambling, pregnancy, parenting, and weight loss.

Users will then have to click on the “see fewer” button next to the topic they don’t want to see. Google will send an email notifying users that they’ll see fewer ads for the topic(s). But there’s a caveat here. Google says users may continue to see ads belonging to some of the chosen categories while searching for related content. It’s also important to remember that these changes will take effect only when the user is signed onto their Google account.

Millions of people engage with Google’s ads every day. So allowing users to limit what they see is a welcome addition. Some may even argue that this feature has been a long time coming.