Google has acquired MicroLED display startup Raxium. The company didn’t share the terms of the deal but said the California-based startup will join its Devices & Services team. The internet giant wants to leverage Raxium’s technical expertise in display technology.

Calling Raxium “an innovator in single panel MicroLED display technologies,” Google’s hardware boss Rick Osterloh said the firm will help the company with its goal of “building helpful devices and services to improve people’s daily lives”. The company believes the five-year-old startup has laid the foundation for future display technologies and will play a key role in its hardware efforts.

Google may have just doubled down its AR & VR efforts

The official announcement from Google is quite vague regarding its plans with Raxium. But we have known for some time that the company is after the relatively new display maker that has developed small-sized high-resolution LED panels, which are also more power-efficient and cost-effective than other solutions. It may be looking to build the next-gen AR (augmented reality) and VR (virtual reality) headsets using Raxium’s display technology.

Google has made multiple forays into VR over the years. It began with a low-cost platform called Cardboard in 2014. A couple of years later, the company introduced the Daydream VR platform. But both efforts were short-lived as they failed to gain traction in the market.

However, Google isn’t calling it a day just yet. Perhaps the VR revolution is still to come and all previous efforts were much ahead of the time. With Metaverse a thing now, all big names in the tech industry have renewed their interest in this next-gen tech. Google isn’t going to just sit back and watch.

If you recall, the company acquired AR glasses maker North a couple of years back. It called the firm “a pioneer in human computer interfaces and smart glasses”. Google was also recently spotted hiring staffers to build the operating system for a new “innovative AR device”. Perhaps for the device that is being developed under its “Project Iris“.

Now, the acquisition of MicroLED display startup Raxium fits perfectly within this expanse. A quick look at the firm’s official website reveals that it is bringing monolithic integration to MicroLEDs. This will enable “a new class of smaller and more powerful display products, ranging from augmented and virtual reality micro-displays to life-size panel-based light field arrays”. Google’s next big foray into AR and VR is certainly drawing closer. 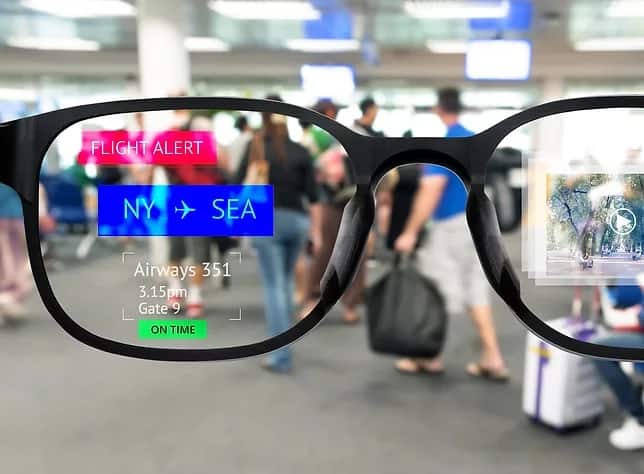