The Samsung Galaxy XCover Pro 2 is coming, but it won’t launch under that name. Samsung is planning to launch this smartphone under the Galaxy XCover6 Pro moniker.

Well, the device just appeared on Bluetooth SIG, with the right model number (SM-G836B and SM-G736B_DS, along with some variants of those model numbers), but a different name. Only the Galaxy XCover6 Pro name is mentioned here. 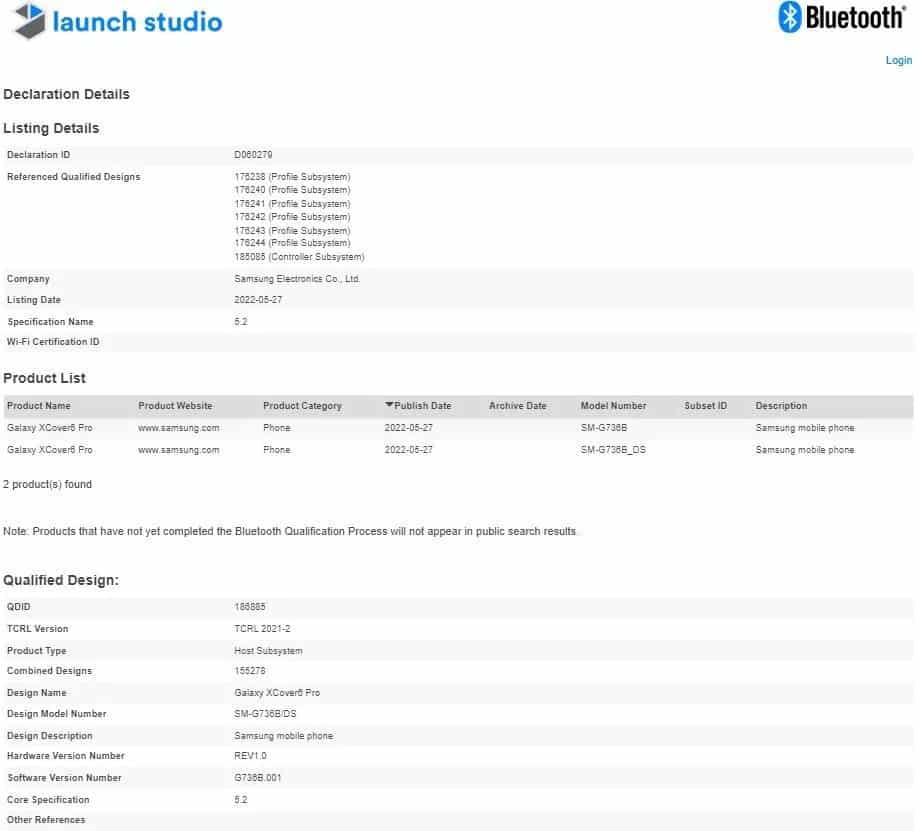 The SM-G736B model number stands for a single SIM variant, while the SM-G736B_DS represents a dual SIM variant. Bluetooth SIG certification for both devices was published today, actually, on May 27.

Regardless of its name, this smartphone is here to succeed the Galaxy XCover Pro. That handset launched back in 2020, so it’s about time Samsung releases its successor.

This will be a rugged smartphone

So, what’s so special about this phone? Well, it’s a rugged smartphone. It won’t exactly be the most powerful handset in Samsung’s lineup, but it will be rugged. The phone’s renders also surfaced a while back.

Android 12 will come pre-installed, along with Samsung’s Android skin, One UI. A 3.5mm headphone jack will be a part of the package, as will a side-facing fingerprint scanner. A Type-C USB port will sit at the bottom.