Samsung is readying a 2022 refresh for the Galaxy Tab S6 Lite, a premium mid-range Android tablet launched back in April 2020. The new tablet has been spotted in multiple certifications and benchmarks over the past few weeks. The device also recently gained support pages on the company’s official website. It has now appeared in the FCC database too, hinting at an imminent launch.

The original Galaxy Tab S6 Lite came in Wi-Fi and LTE variants bearing model numbers SM-P610 and SM-P615 respectively. The upcoming device has the model numbers SM-P613 and SM-P619. While it was initially speculated to be a new mid-range offering from Samsung, the Bluetooth SIG certification referred to the device as Galaxy Tab S6 Lite, confirming it to be a 2022 refresh of the two-year-old tablet.

The FCC has certified the device will model number SM-P613. The certification once again confirms the Galaxy Tab S6 Lite moniker along with a few other details. We can see the new tablet will support Wi-Fi 5 and 15W fast charging, unchanged from the 2020 model. Samsung could have done better by including at least 25W fast charging, but maybe it’s the same device with the latest software and a newer processor.

Speaking of the processor, the Geekbench listing suggests the new Galaxy Tab S6 Lite will feature Qualcomm’s Snapdragon 720G SoC. The device could get at least 4GB of RAM and come with Android 12 out of the box, likely with Samsung’s One UI 4.1 on top.

From what we can see, the SM-P613 is the Wi-Fi variant of the Galaxy Tab S6 Lite (2022). The tablet should also be available in a cellular variant (SM-P619). We aren’t expecting 5G connectivity though.

When will the new Galaxy Tab S6 Lite launch?

There’s no word yet from Samsung regarding the launch of the Galaxy Tab S6 Lite (2022). However, recent developments suggest we aren’t too far off now. As said earlier, the device has already gotten official support pages. We could hear something from the company anytime now.

Along with the new Galaxy Tab S6 Lite, Samsung also has a couple more mid-range Android tablets in the works. One of them could arrive as the successor to the Galaxy Tab S7 FE. Identified by model numbers SM-T630 and SM-T636B, they could be Wi-Fi and cellular (5G) variants respectively.

The other new Samsung tablet bears the model number SM-T503 and might be the 2022 refresh of the Galaxy Tab A7 Lite. We expect to hear more about these tablets in the coming weeks. 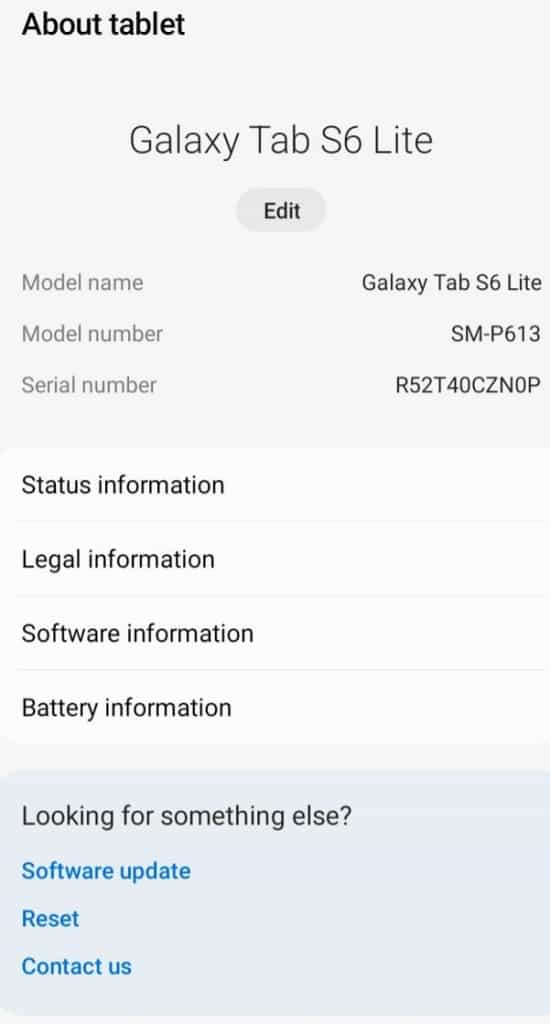