Motorola is no stranger to making premium phones, but we can’t deny that it’s deeply rooted in the budget phone market. The company unceremoniously launched a new mid-tier smartphone under its Moto G branding. The Moto G82 5G is budget in just about every way except for the display.

Most smartphone OEMs have a clear direction for their premium phone releases, but Motorola doesn’t seem to be part of that group. The company released the $1,000 Moto Edge+, but the Edge 30 phones are also expected to be premium 2022 phones. Not only that, but we’re getting reports about its next foldable Razr.

But, enough about flagship phones. Let’s talk about the Moto G82 5G

Most people don’t take Motorola seriously as a premium smartphone company, but the company is one of the highest-selling smartphone OEMs. It’s claimed around 10% of the market. It sits behind Samsung and Apple. This is because of its really popular budget phones.

Its next budget-friendly offering is the Moto G82 5G. It’s a phone that’s typical of the company’s catalog of mid-range phones; however, it has one stand-out feature.

The phone comes with a 6.6-inch AMOLED display with a 1080p+ resolution. Powering this device is the Qualcomm Snapdragon 695 accompanied by the Adreno 619 GPU. This is all backed up by 6GB of RAM and 128GB of storage. If that’s not enough, then you have microSD card expansion.

When it comes to the camera, there’s a 50MP main camera with an 8MP ultrawide camera and a 2MP macro camera. Upfront, there’s a 16MP selfie camera. Keeping the lights on is a large 5,000mAh battery that can be charged with 30W of power.

Now, let’s talk about the display

The Moto G82 5G is one of those phones that has primarily mid-range specs with the exception of one premium feature. In this case, it’s the display. As stated, this phone is rocking a 6.6-inch AMOLED display at 1080p+ resolution. That doesn’t sound particularly premium until you dig deeper.

This display runs at 120Hz, which is always a treat. Not only that but there’s a treat for people who love color. This display uses 100% of the DCI-P3 color gamut. The screen has access to all of the colors that the gamut provides, so the phone can produce more colors.

This phone will be great for those who want a cheaper phone but who also like to watch a lot of content. The 1080P+ resolution is good enough for the $1,000 Galaxy S22+, so it should work just fine for the Moto. This phone costs £289, and it’s available to buy in the UK. We don’t know when/if it will come to other regions. 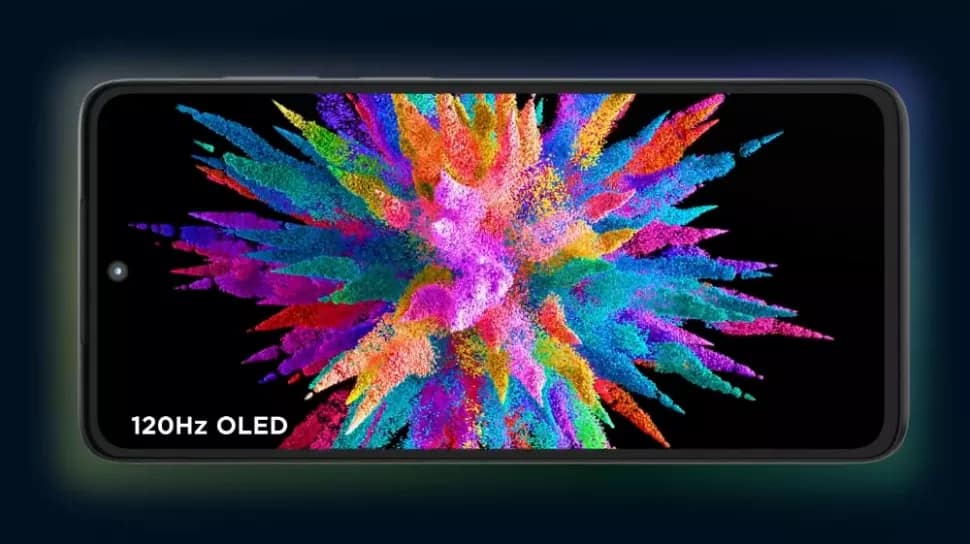