Users of Android 12’s Bedtime Mode could be in for even more related features, including automatic wallpaper dimming in Android 13. That’s based on a report from 9to5Google detailing a deep dive into Android’s source code. Specifically, that’s code pertaining to Digital Wellbeing features in the OS.

What does this newly-spotted automatic wallpaper dimming feature do in Android 13?

The optional feature, tucked in the latest beta update for Digital Wellbeing is straightforward. Bedtime Mode sets up a device to dim the screen, turn off notifications, and more at a user-specified time. That’s with the underlying goal of helping users wind down and use their handsets less at bedtime.

With the new feature in place, it isn’t just the screen that will undergo automatic dimming in conjunction with Bedtime Mode. The wallpaper will also take on a darker tint from 0-percent to 100-percent dimmed.

At 100-percent dimmed, the wallpaper is effectively black. But the tint is noticeable, as shown in images shared by the source, even at just 25-percent.

What else is in the newly-spotted code?

In addition to the changes to wallpaper brightness, other changes hint at alterations to Android’s dark mode theming. Namely, that’s the option to link that theming to Bedtime Mode. Previously, devices could be set to turn on or off dark mode with sunset or sunrise. That could receive the option to have dark mode turn on or off with Bedtime in Android 13.

Taken together, the changes could represent a significant step toward Google’s overarching goals relating to Digital Wellbeing — effectively giving users a more noticeable cue that they need to put down their smartphones.

Whether or not Google ultimately releases the change with Android 13, remains to be seen. It may also wait until a future update.

Android 13 is expected to be a key topic at this week’s 2022 Google I/O Developers Conference. Google is nearly finished with the OS itself, with just a couple of beta trials remaining before its final launch later this year. Since the feature doesn’t seem to appear just yet on any non-Pixel device — even with Android 13 — it may not be ready in time for this update. Google could also opt to make the feature Pixel-only, to start. 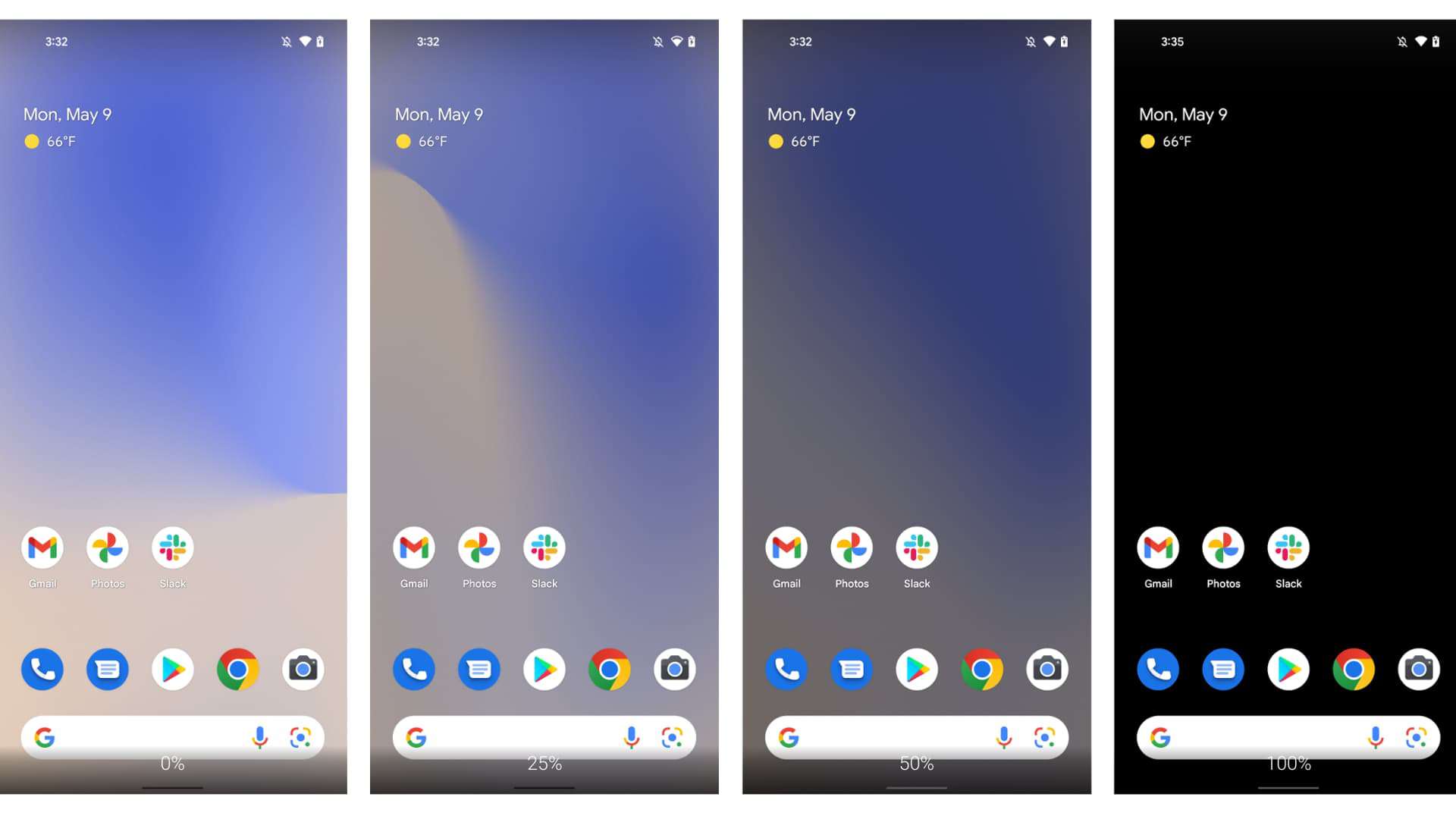