AT&T has now officially launched a new 911 feature it calls “Locate Before Route” that could potentially save lives. The new feature reportedly effectively narrows down the location of a user before a 911 call is routed. That means that callers in an emergency, in some cases, will receive help from responders who are closer at hand.

The new feature won’t necessarily be live for every subscriber, as of this writing. For now, it’s only available in the county North of Seattle. Namely, in Snohomish County, Washington. However, the carrier says that it plans to roll out the feature more widely relatively quickly.

It should be available nationwide by the end of June this year. Which means there’s only about a month and a half to wait before it’s available to all AT&T customers within the US.

How does “Locate Before Route” from AT&T work?

Now, 911 calls placed via a cell phone are already incredibly useful. And that’s because they place the call using the closest cell tower as a means of determining where the call should be routed. But that’s not always the most helpful solution.

As shared by AT&T via an infographic, cell towers can cover a 10-mile range. The exact range depends on the exact location of the caller. At least in some cases, that can result in calls being placed to emergency services that are further away than might be helpful. With Locate Before Route, AT&T says that all changes.

The new feature triangulates a caller’s location to within 50 meters. That’s before it routes the call to emergency services.

That way, if there are emergency services available closer than the nearest cell tower, that’s who receives the call. Minutes count in an emergency situation. Particularly in situations where an accident has occurred or a subscriber’s life is endangered due to injury or some other threat. So the change in question should result in plenty of saved lives. Since the dispatchers who are ultimately contacted should be those who are closer at hand. 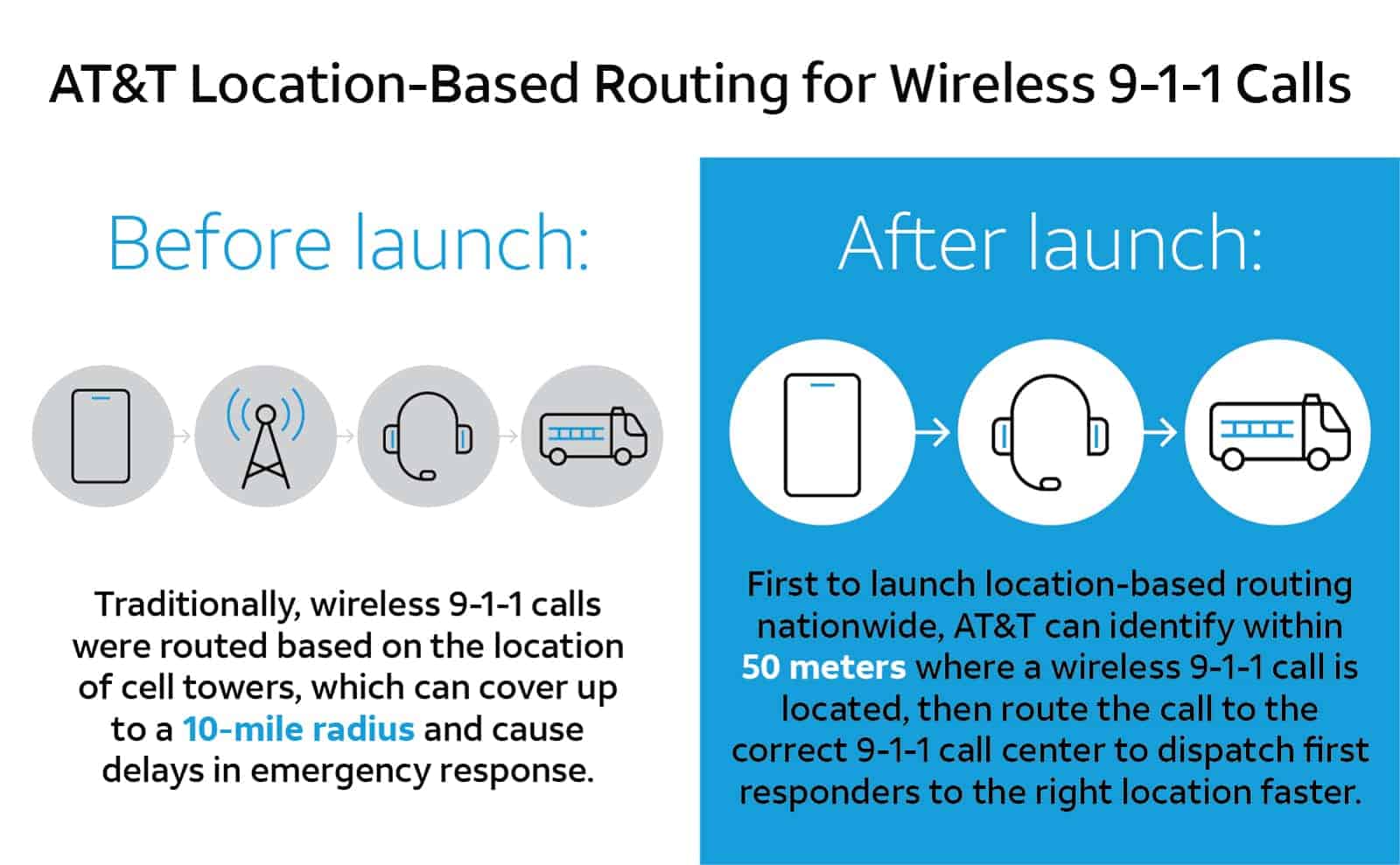