Say hello to the ASUS ROG Swift 500Hz. A gaming monitor with the world’s first 500Hz display according to ASUS. The new monitor is aimed at Esports. And it’s designed to give professional gamers every bit of an advantage they could possibly have.

In high stakes competitive matches, any extra time you can acquire could mean the difference between victory and defeat. ASUS has set out to provide that with a monitor that refreshes so quickly you’d probably find it difficult to not get the jump on your opponent. That is unless they’re also using this monitor.

ASUS states that the monitor refreshes 500 times per second, for the “most fluid, fast-paced motion you’ll find in modern Esports.” You’d be right to believe it, too. As there aren’t any other brands making a monitor with a refresh rate this fast. 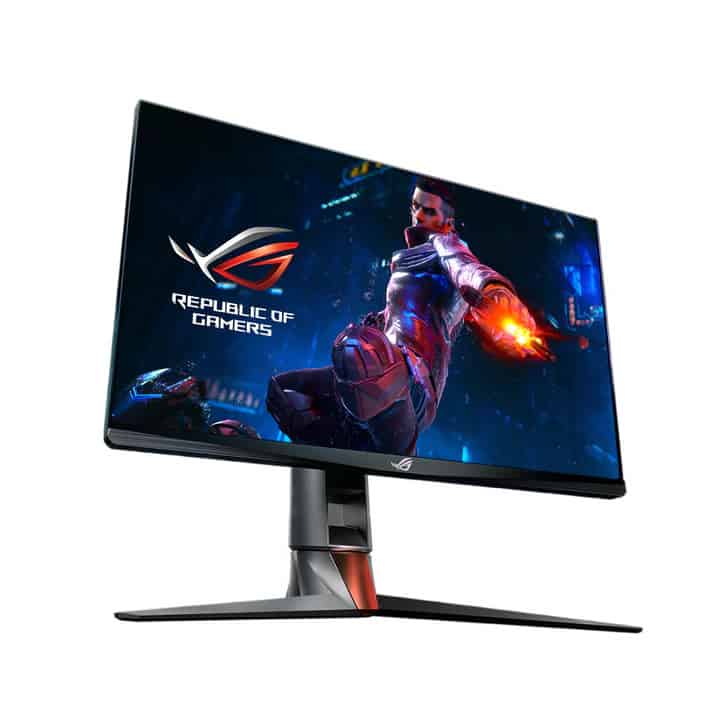 ASUS hasn’t announced pricing or availability yet. But gamers can probably expect it to go on sale later this year. It won’t be cheap though. The next step down from this model is the ROG Swift 360Hz, which is around $500.

In addition to the 500Hz refresh rate, the ROG Swift 500Hz features a 24-inch Full HD resolution panel. So you can get the most frames out of your GPU as it will allow. It also features NVIDIA G-Sync and NVIDIA’s Reflex Analyzer. Whether you’re playing Valorant, Rainbow Six: Siege, Overwatch, or any other competitive online multiplayer game, you can probably rest assured that this will give you the edge you may need or want.

While it’s debatable how much refresh rate the human eye can actually perceive, there’s a reason the saying “frames win games” is a thing. One thing that is certain is that in the competitive space, frame rates will always be better than resolution. And that’s why ASUS is capitalizing on a faster frame rate as opposed to a higher resolution display.

High-res displays are great for when you just want to kick back and enjoy a gorgeous game. But if your main concern is beating the competition, frame rate is the way to go. Do you need 500 frames per second? Probably not. But it sure isn’t going to hurt your chances of winning.