The Android vs. iPhone is an age-old battle that may never settle. From the user experience and battery life to software support and app ecosystem, this battle is fought on many fronts. But a recent survey has given this rivalry a whole new meaning. A survey conducted by car insurance comparison service Jerry reveals that Android users are safer drivers than those using iPhones.

Jerry analyzed the driving behavior of 20,000 drivers in the US across 13 million kilometers (over 8 million miles) of driving. The results are quite amazing, with Android users outperforming iPhone users in every single category. From speeding, distraction, turning, braking, and accelerating, Android users are better at everything when they sit behind the steering wheel. 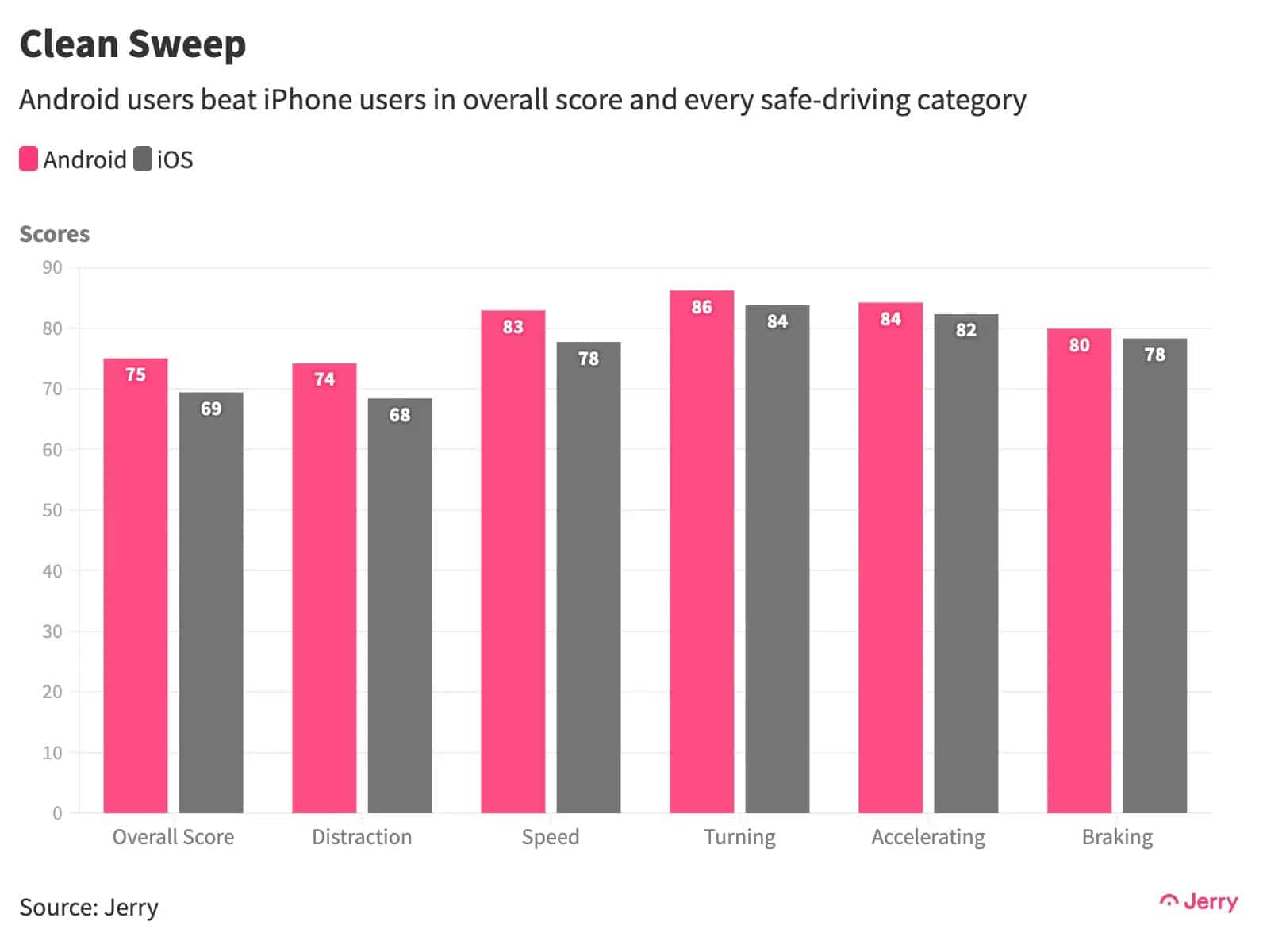 As you can see in the graph above, the biggest gap is in the distraction category. This means iPhone users check their phones more often while driving. The new report notes that age could be a factor here, as the younger generation is more into iPhones than Androids, and they are more glued to their phones as well. 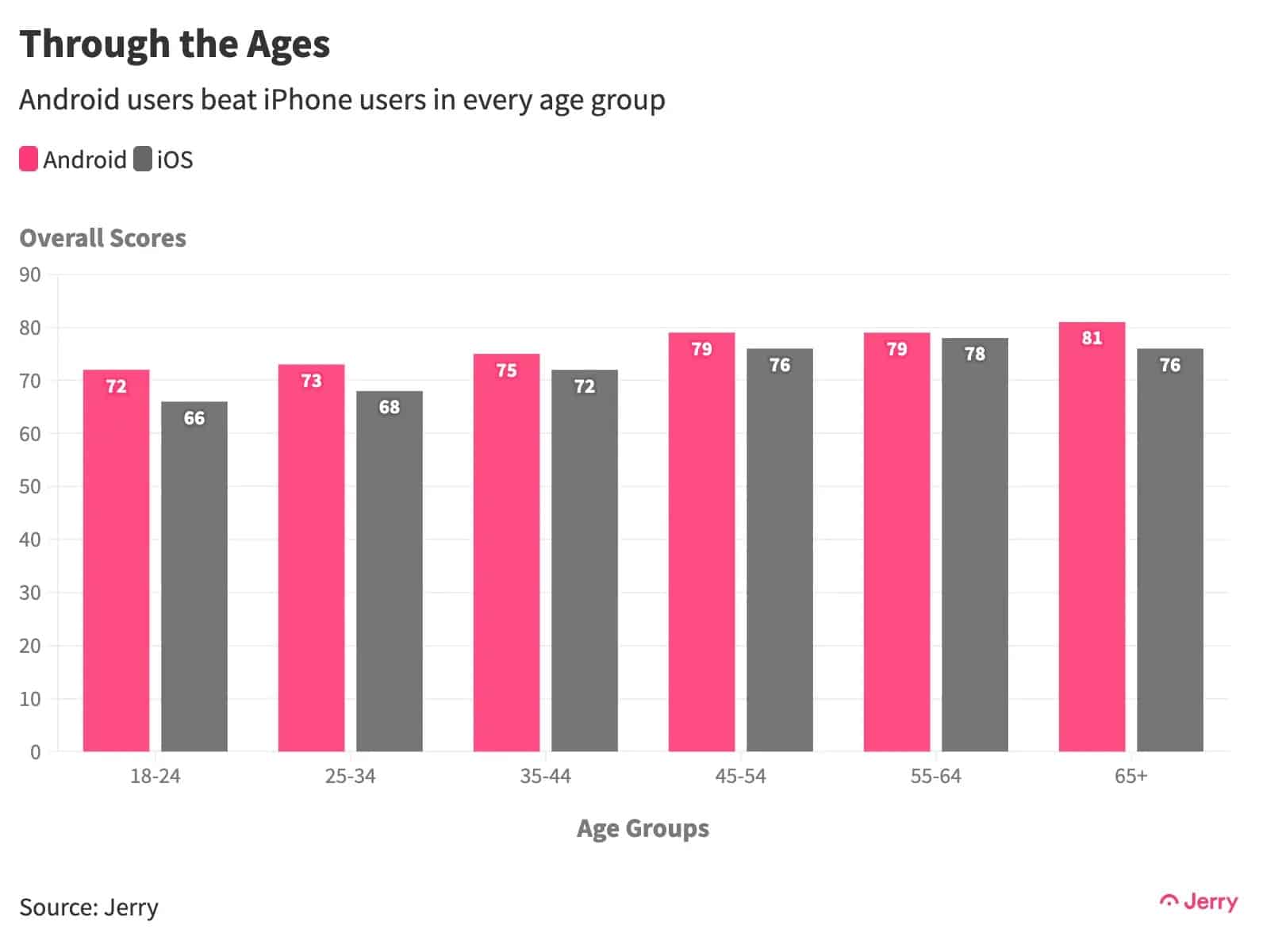 This one-sided battle remains as it is when the driving habits are broken down based on education or relationship status. Single Android users beat married iPhone users, the study found. Perhaps iPhone users holding PhDs, master’s or bachelor’s degrees are worse drivers than Android users with just a high school diploma. That’s despite more educated people generally being better and more careful at driving. The study goes on to find that iPhone devotees with a higher credit score still can’t outperform Android-using fellow humans with a lower credit score.

The result of this survey is perhaps an indication of the personalities of the two groups of people. As the new report notes, Android users aren’t just better at driving. They are more open, honest, and humble too. They care less about luxuries and social status. In contrast, “many iPhone devotees look down at their Android-carrying fellow humans.”

“Many iPhone users, who are younger and make more money, don’t want to date Android users, and some say they wouldn’t even message someone who didn’t have an iPhone,” the report cites various findings. Considering all this, it isn’t surprising that they are worse drivers.