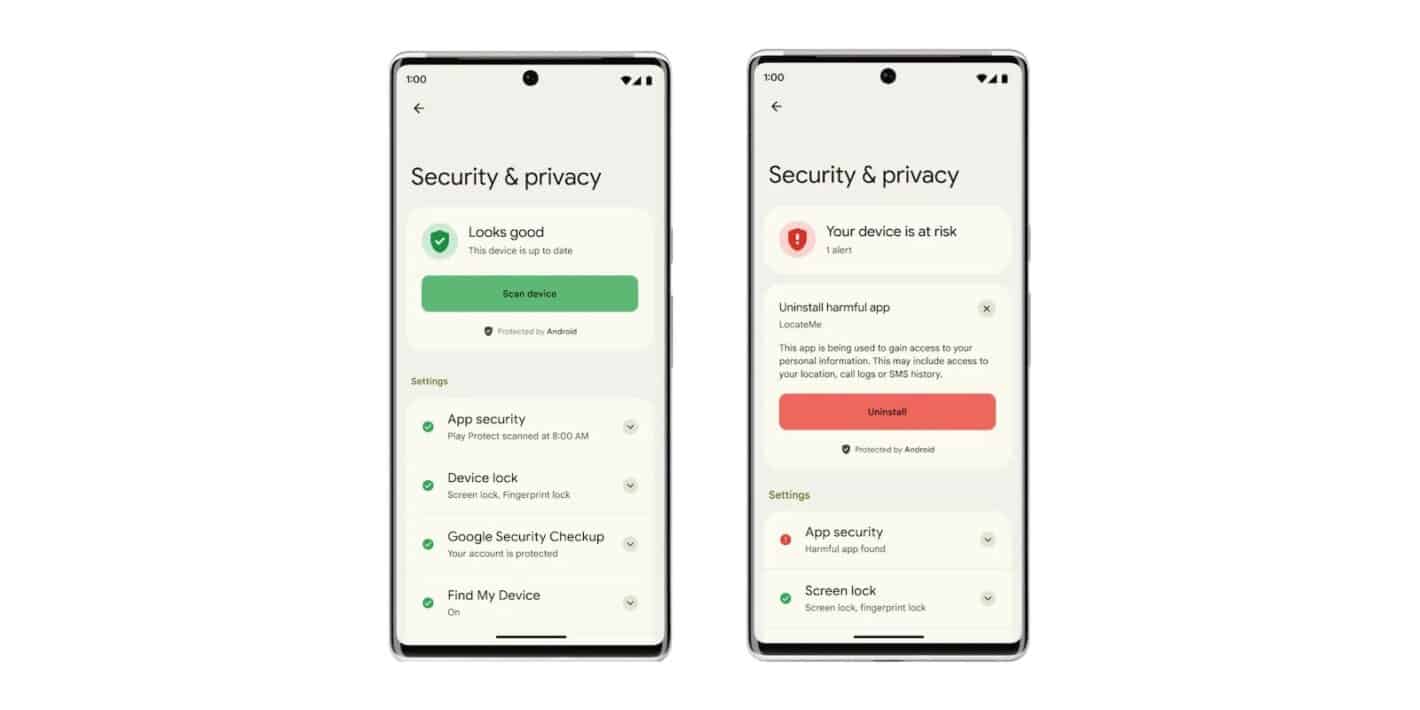 Google spoke about Android 13 in great detail during its demonstration at I/O 2022. The company also talked about bringing the security and privacy settings to one dedicated page known simply as “Security & privacy.”

This is an evolution of Android 12’s Security Hub and is designed to offer easier access to device security/privacy. This section will include a “Scan device” button to initiate a quick scan of the device for any security or privacy-related risks. Google said the new settings would also make its way to Android Auto.

“The new Security & Privacy settings page will give you a simple, color-coded way to understand your safety status and will offer clear and actionable guidance to improve it,” Google said in a blog post (via 9to5Google).

“The page will be anchored by new action cards that notify you of critical steps you should take to address any safety risks. In addition to notifications to warn you about issues, we’ll also provide timely recommendations on how to enhance your privacy.”

Android 13 is also getting a feature that automatically erases the clipboard history. This is to restrict apps from accessing the copied content. The upcoming Android release also brings Mainline modules for UWB (ultra-wideband) and Bluetooth. This would enable updates/patches through Google Play System updates.

A privacy-related feature is also coming to the Android 13 photo picker. “Apps can now implement a new Photo picker that allows the user to select the exact photos or videos they want to share without having to give another app access to their media library,” Google said.

The company also seeks to replace the C/C++ programming language with Rust. Google said this would apply to its “key management components and networking stacks.”

This week, we discussed how Android 13 would allow third-party developers to access more camera features. Specifically, the HDR Video functionality. Google launched Android 13 Beta 2 during I/O, letting developers and enthusiasts try out some of the new features first-hand.