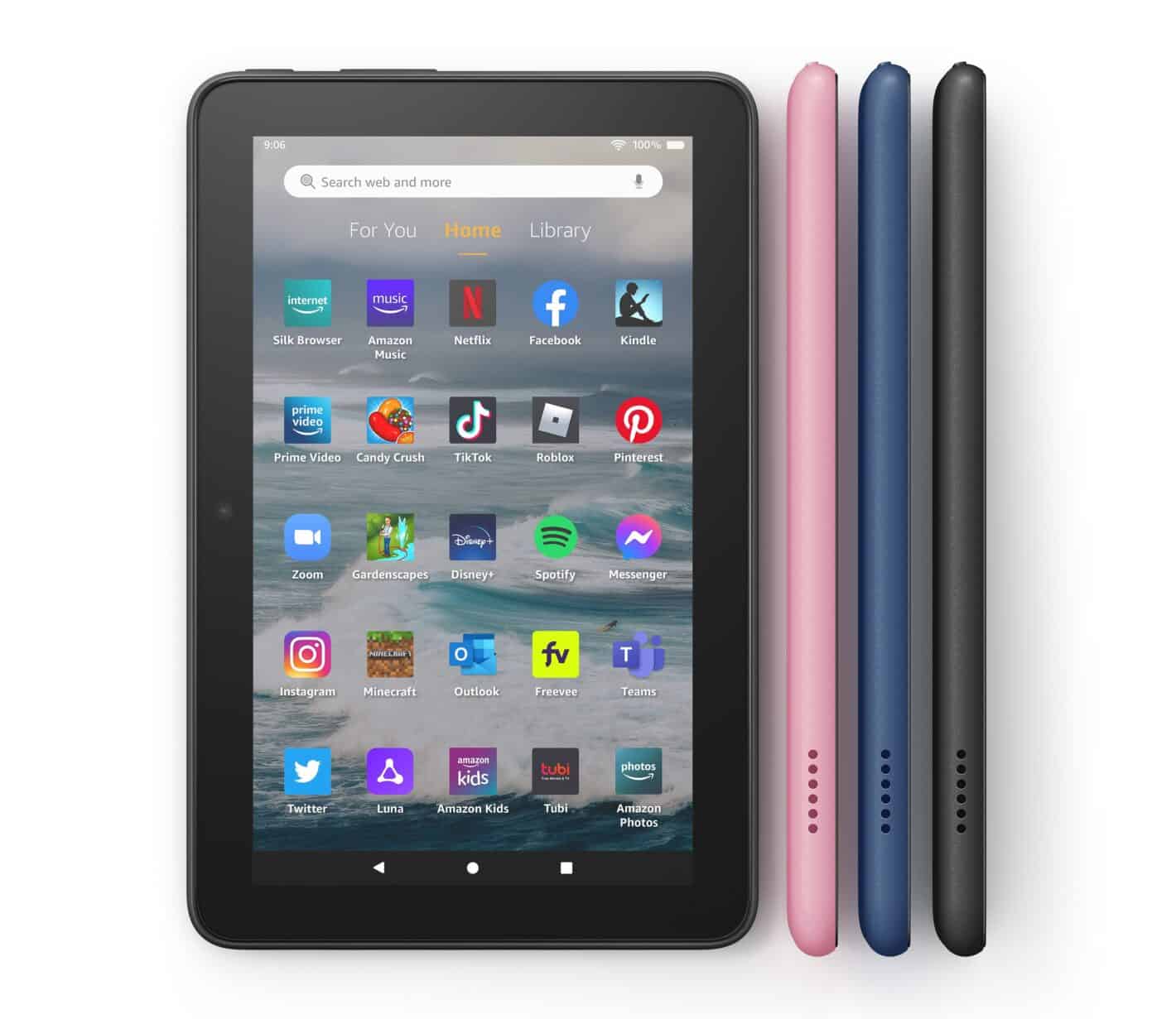 Amazon has announced a new Fire 7 tablet with a faster processor, more RAM, longer battery life, and a USB Type-C port. The upgrades come at a cost though. The new model costs $59.99, a $10 price rise over the previous model, which launched three years ago.

According to the company, the 2022 Fire 7 tablet features a quad-core processor that is “30 percent faster” than the 2019 model. The latter ran on a 1.3GHz quad-core CPU. The updated tablet also gets double the RAM — 2GB over 1GB. These improvements should allow for faster loading of apps and web pages.

Amazon is also promising “40 percent more battery life” on the new Fire tablet. It is touted to last up to ten hours on a single charge. The company is shipping the device with a 5W charger in the box. And albeit a little late, the Fire 7 tablet series is finally switching to the USB Type-C port for charging from the old school micro-USB port.

This 7-inch tablet comes with two 2-megapixel cameras, one each at the back and the front. Of course, these cameras won’t give you crisp photos. The device isn’t developed for photography. But Amazon says the tablet is good for 720p HD video recording and video calling.

With built-in Alexa, Amazon’s Fire 7 tablet will allow you to perform various actions over voice. You can ask the device to “play videos and music, open apps, shop online, check the weather, access compatible smart home devices, call or message almost anyone, and much more.”

The new tablet is now available for pre-order from the company’s website. It costs $59.99 for the 16GB storage variant with lockscreen ads. The ad-free model is priced at $74.99 with 16GB storage and $94.99 with 32GB storage. The tablet comes in black, denim, and rose colors and will begin shipping on June 29. 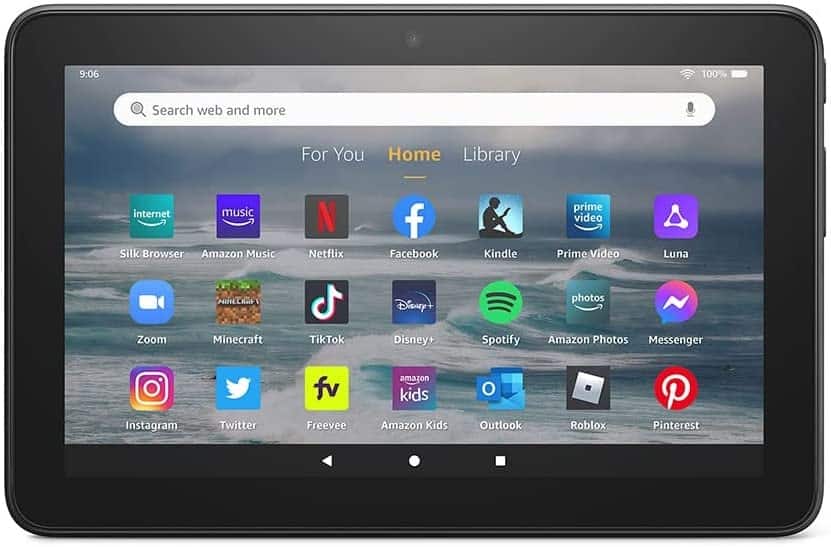 Amazon is also launching a “Kids” version of the new Fire 7 tablet today. The updated Fire 7 Kids will come with a year of the company’s “Kids Plus” service. It gives you exclusive educational and entertainment content and games. The Amazon Parent Dashboard lets parents easily their kids’ screen time. You can also set educational goals, age filters, and time limits for your kids.

This device also sees a $10 price rise. It now costs $109.99 instead of $99.99 for the base model with 16GB of storage. For this price, you get the device, a kid-proof case, and two years of warranty. This tablet comes in blue, red, and purple colors and is available for pre-order today. 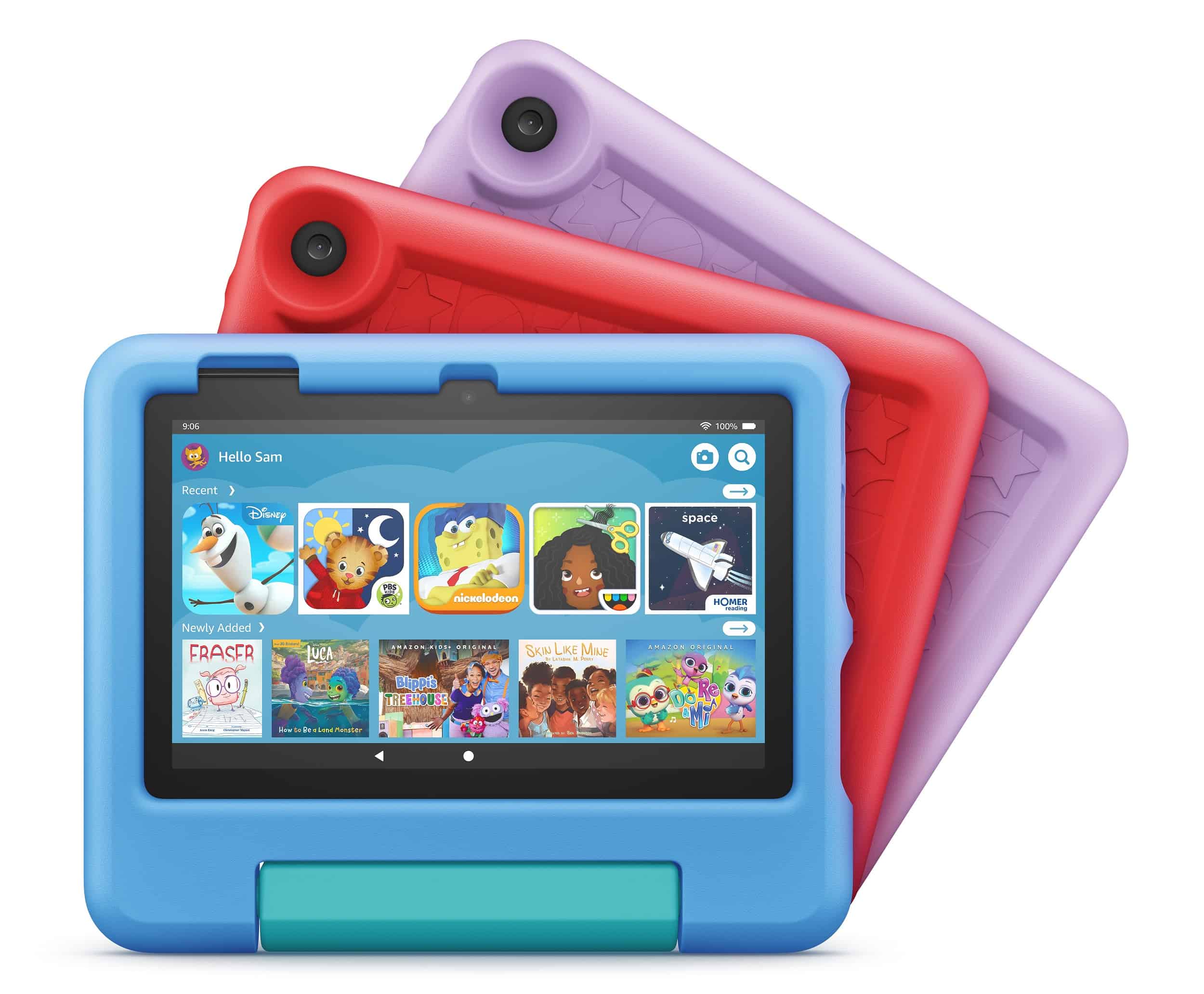