I never again have to vacuum or mop the floors myself

When I first opened the box to the Yeedi Vac Max I remember thinking to myself, “finally, something that can take care of the vacuuming for me.” This reaction was partly due to the fact that I just hate vacuuming. I love having a clean apartment, and normally I get a sort of zen feeling from cleaning up my space. Especially if I can toss in my earbuds or put on a pair of headphones and zone out to some amazing tunes while I do it.

But, I really kind of despise vacuuming. It’s the one form of cleaning I wouldn’t mind not doing if it never needed to be done. And now thanks to the Yeedi Vac Max, it kind of never has to be. Because the Yeedi Vac Max does it for me.

Aside from the lack of enthusiasm for vacuuming the home, the standard vacuum we use has a tendency to trip the breakers and shut off everything on my side of the apartment. Which is a terrible thing to have happen if you’re in the middle of working on the computer or in the middle of playing a game on your PS5. For the unaware, if the PS5 isn’t shut off properly, the data on the hard drives can be corrupted. And if the breakers get tripped, the PS5 doesn’t shut off properly.

This is obviously a very niche thing to love about a robot vacuum. But I love it anyway because it’s a quality of life factor for me. With all of that out of the way, let’s get into how the Yeedi Vac Max performs. 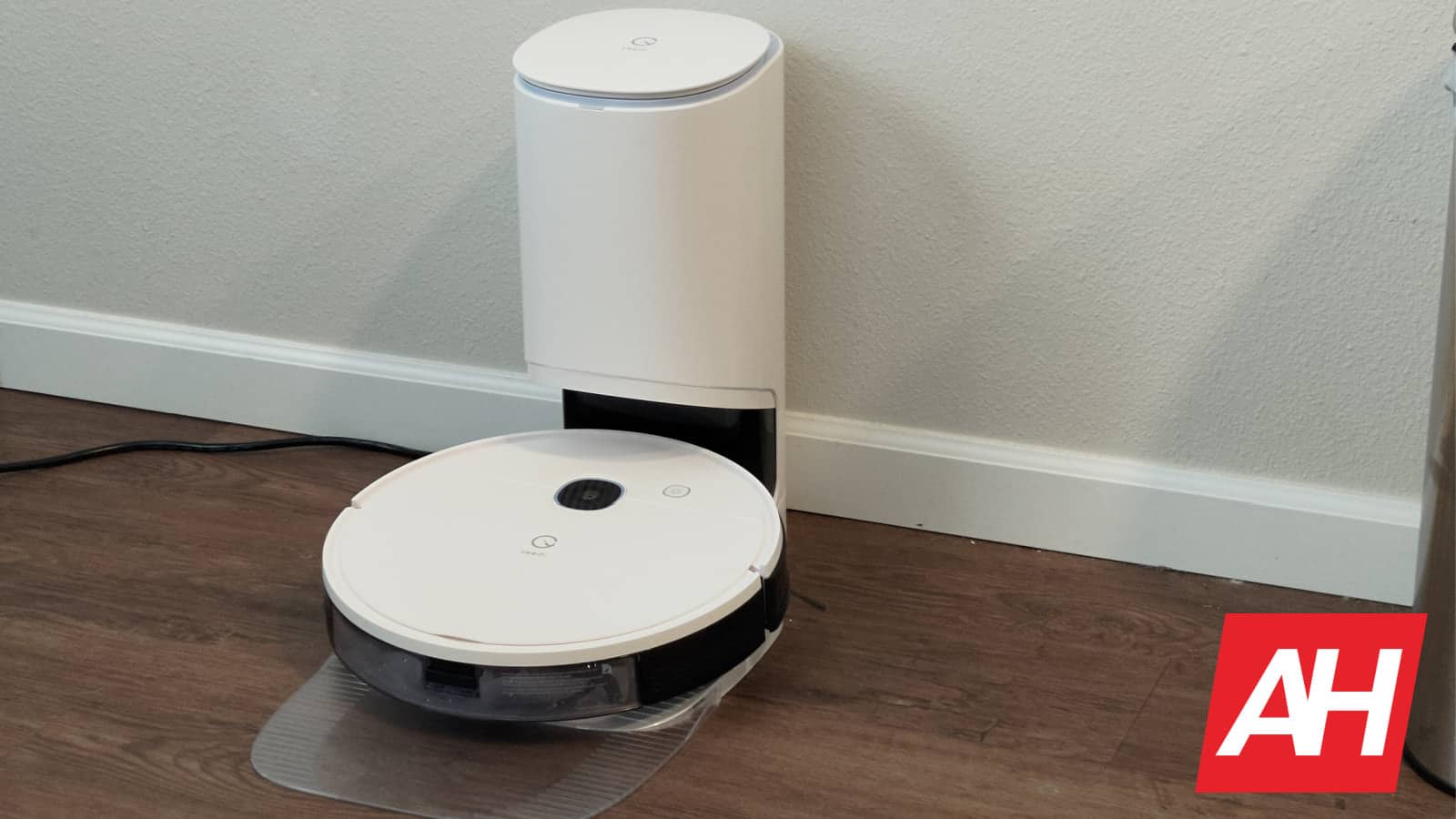 If you’ve never had the pleasure to use a robot vacuum before, it’s a treat. Truly. It makes keeping a clean floor a breeze and it removes a chore from your task list. But what’s even better is a robot vacuum that can both vacuum and mop all at once. The Vac Max did this surprisingly well and made for less cleaning time required to get both tasks done.

So you essentially get a single pass for two different chores. Think about that. Instead of using a robot vacuum and a robot mop, you can get both things done with one here. This saves time and energy. Because you don’t have to wait for the vacuum and the mop to go through your whole home separately.

It also means you don’t have to charge two different robot appliances. You also don’t have to swap out a vacuum attachment here for a water reservoir as the Vac Max contains both in one setup.

While it’s not recommended to use chemicals or cleaners of any kind in the reservoir, I found that it did a pretty decent job mopping with just warm water.

It should also be noted though that how well the Vac Max is able to clean up stuff with the mop depends partly on how soon you issue it the chore. If you wait for a week after a spill before you tell it to mop, it may not have as easy of a time getting everything.

The nice thing about the mopping mode is that you can change the water flow level during the cleaning process. And adjusting it to the fourth level (ultra high), could help loosen up any particularly stubborn stains on the floor. Naturally, if the floor is already pretty clean looking, you probably don’t need an ultra high water flow level. Lastly, you can also set the Vac Max to disable the vacuum function while in mop mode. Though I personally preferred to have it do both at once. 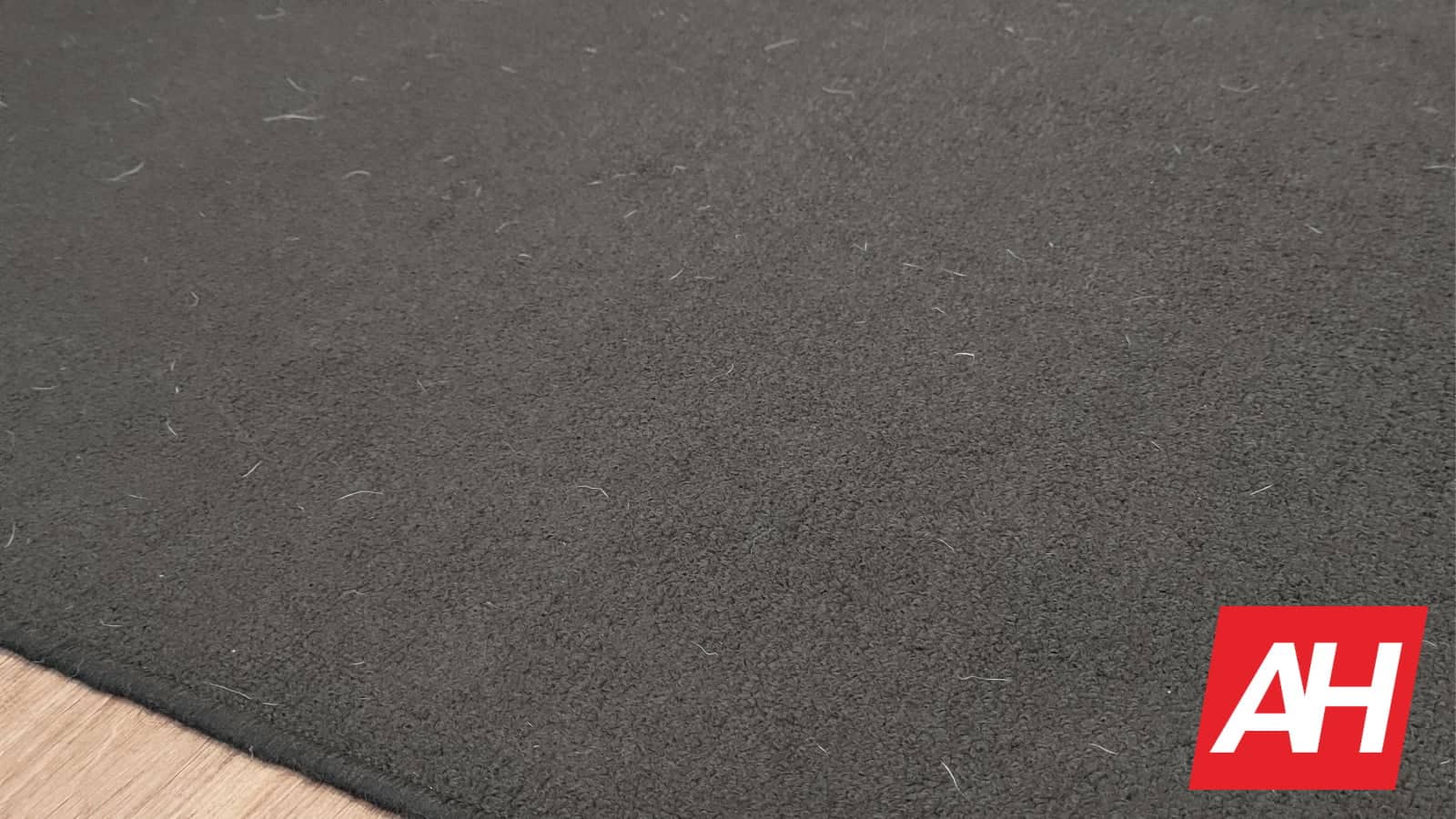 Despite my hopes, the Yeedi Vac Max doesn’t clean pet hair well on really low pile carpets or rugs. At least, not with a single pass. Now, Yeedi never appears to make any claims about the Vac Max being a phenomenal machine for cleaning pet hair. But I was hoping it would be able to handle the job as this would be one less thing to have vacuum up manually.

In my testing so far, the vacuum was never able to get all the pet hair off the rug. In most cases, after a single pass there would still be a little bit of pet hair. Which means I would generally have to set up a custom clean on just the rug and have it run through about three times on average. Sometimes four if there was a ton of hair.

While it’s easy to point the finger at the rug, our standard manual vacuum can pick it up just fine. That being said, you shouldn’t have a problem with pet hair on hardwood, vinyl, or medium to high pile carpet and rugs. In fact it had no problem picking up pet hair on any of those surfaces.

Just the one rug we have in the kitchen. The unfortunate thing about that is, the rug is black so pet hair shows up incredibly easily. Even if it’s only a little bit. So the options here are live with the remaining pet hair after a single pass, or tell the vacuum to spot clean multiple times until you’re satisfied. It’s not the end of the world since a spot clean in that small of an area only takes about 5 minutes or less. Still, it would be nice to have it done during a normal clean. I’ve seen some complaints about the Yeedi app on Amazon, but quite honestly, the app is pretty user-friendly and not at all hard to navigate. Connecting the vacuum was easy and took less than a minute or two to do. Which can’t be said for other robot vacuums I’ve used in the past.

That in and of itself is probably one of the best things about the app. That it makes setup with the vacuum extremely easy. The maps that the vacuum creates could be a little more detailed. And I wish it there was a way to manually create rooms. Since my kitchen/dining room and living room don’t have a doorway between them, the vacuum counts it as one large room.

And while this isn’t much of a problem it does mean I can’t split the two up into separate rooms for cleaning. At least not without using the area clean function.

Outside of the mapping features, the app lays everything out pretty well. As soon as you launch it the first thing you’ll see is the ability to add new devices. Or the vacuum you’ve already set up if you’ve gone through the process before. Once you tap on the device, you’re greeted with the map of your home, and then a quick slide up from the bottom of the UI presents you with all the adjustable options and features.

Such as the volume for the voice report, the cleaning schedule (if you’ve set one up), your cleaning preferences, and the vacuum power.

The app even tries to give you helpful hints the first time you launch it. So, definitely pay attention to these when they pop up.

Stylish and functional all in one I honestly love the design of the Vac Max compared to past vacuums I’ve used. On top of that, Yeedi has smartly designed for some of the vacuums features to be accessed very easily. For instance, the main power switch and the dust/filter bin can be accessed from a flip-up lid on the top of the vacuum. You’ll also find the reset button under there. As well as a QR code you can scan to begin setup.

Then when you’re done simply flip the lid back down and everything looks nice and flush. As for the rest of the vacuum’s design, the white color makes it hard to see any scuffs or scratches that it may pick up during its routine cleanings. Which should keep it looking as new as possible even after months of making passes around your home.

The self-emptying station looks just as stylish. And it should be able to handle emptying the bin on the vacuum for at least a month or longer before it needs to be emptied itself. Keep in mind that with the vac station you’ll need to replace the bags on the inside where all the dust, dirt, and debris is stored. As these aren’t something you can clean.

Doing so would defeat the purpose of having the self-emptying bin anyway. Since its sole focus is to prevent you from having to dump out all that gunk. Luckily, in this case you can just remove the inner bag and toss it in the trash. Then insert a new one.

It’s about as hands off as you could be. If you really want to use it without lifting a finger, you can issue the voice commands. Which work great by the way. And since it’s compatible with Google Assistant and Alexa, it’s versatile.

Should you buy the Yeedi Vac Max?

There’s a lot of robot vacuum options out there. We’ve even reviewed plenty of them here at Android Headlines. But some do a better job than others at keeping your home clean. Some are pretty comparable across the board when it comes to performance. And in those cases you need to start looking at other factors.

Such as cost, additional features, and the like. Is this the best robot vacuum on the planet? I can’t say that with certainty because I haven’t tried every robot vacuum on the planet. But I have tried a handful of them now and so far this is the best one out of those. It vacuums and mops in a single unit, has pretty decent battery life, and does a great job with most stuff you’d want it to pick up.

So I’d say yes. If you’re in the market for a robot vacuum. You should at the very least consider buying the Yeedi Vac Max. Especially since it retails for $269.99 after you use the coupon on Amazon, and it’s on sale right now. Keep in mind the self-emptying bin is extra if you don’t get the Vac Station bundle, which comes with what is basically the Yeedi Vac Max along with the self-emptying bin.

In short, this is a good buy as it’s a robot vacuum that works well and won’t cost you an arm and a leg.