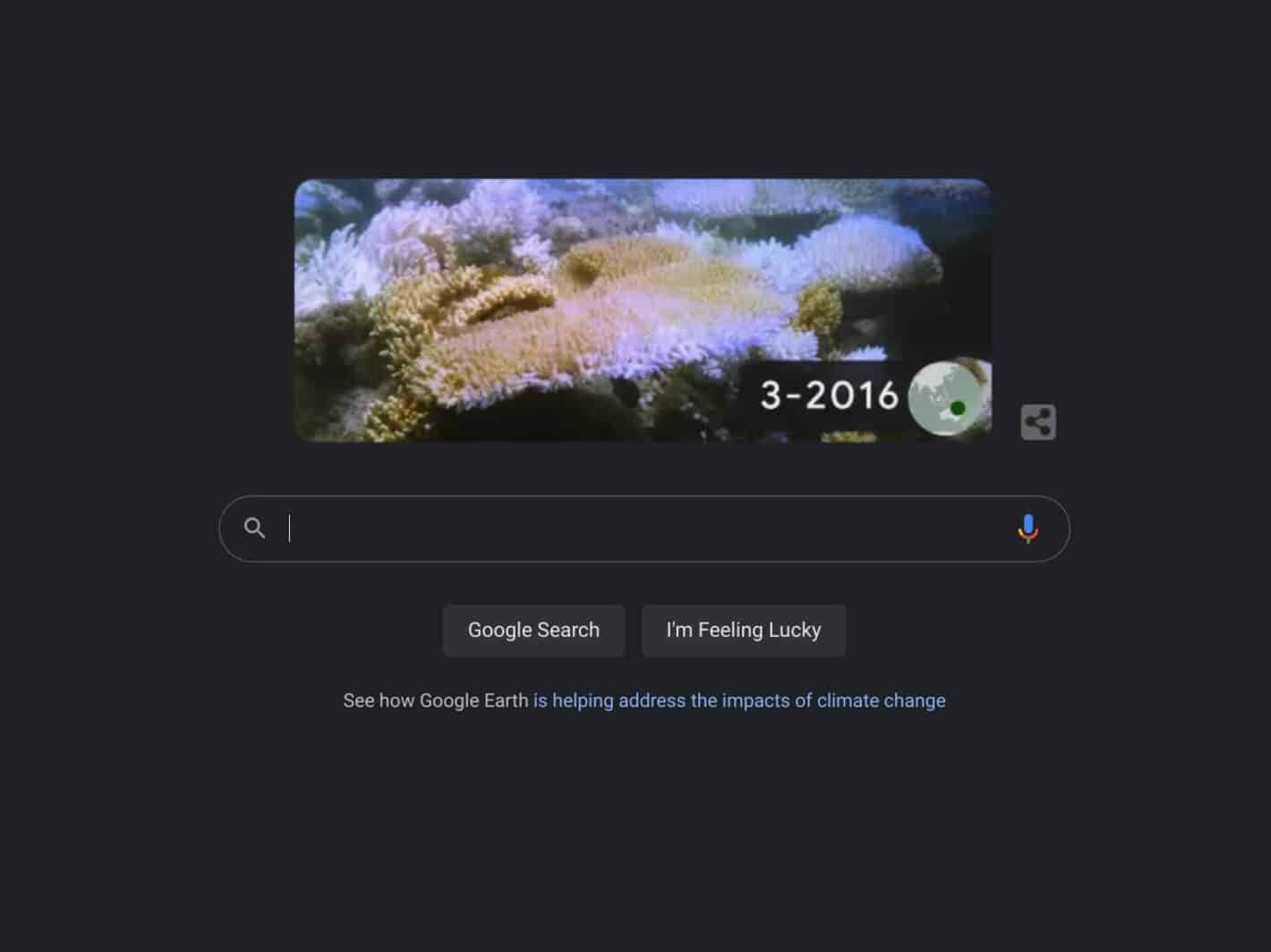 Earth Day is typically one of those times when the Google Doodle that’s found on the company’s Search site showcases beautiful landscapes and scenery but that isn’t the case for 2022. This year, Google’s illustrative graphic is showing a few different time-lapses from across the globe. As shown in recent reports and described by Google itself, all are intended to highlight dramatic changes in nature brought on by climate change.

What locations are shown in the 2022 Earth Day Google Doodle?

There are no fewer than four separate Doodles shown on the Google site for Earth Day 2022.

The first location shown in time-lapse is a series of images of Mt. Kilimanjaro in Tanzania, Africa. The images span from 1986 to 2020 and show ice and snow on the mountain receding as time passes. The final image contains snow and ice only at the uppermost reaches of its peak. And a similar set of pictures is shown for Sermersooq in Greenland. The local glacier retreats until it’s almost nonexistent going from 2020 to 2000.

The third set of images comes from the Harz Forests in Elend, Germany. The images are taken from 1995 through 2000. And show a lush green landscape shifting toward brown. The final image showcases wide swaths of areas where green is no longer seen at all.

Finally, Google shows the transition in 2016 from March to May of a segment of the Great Coral Reef in Australia. Specifically, that’s on Lizard Island. The segment starts with a colorful, somewhat healthy-looking reef. But by the final shot, with snaps taken multiple times monthly, the reef is awash with tans and browns and there are almost no other colors to be found. And the structure of the reef is dramatically diminished as well over the three-month span.

Why is Google showcasing this now?

Now, Google’s efforts on the environmental, climate, and sustainability fronts have been ongoing for more than a decade. The company isn’t alone in its endeavors, having been joined by the likes of Amazon, Samsung, and others.

The company has, in fact, come close to meeting its own internal goals. That’s in terms of sustainability, offsetting its own emissions, and reaching a zero or near-zero consumption of power that isn’t generated sustainably. Although there are always plenty of ways that can be improved, as the company itself has stated repeatedly.

In light of that, the company has shifted increasingly more effort into its apps and services. And into awareness of the problems brought about by climate change. The Google Doodle for Earth Day 2022 simply serves as the latest example of that. 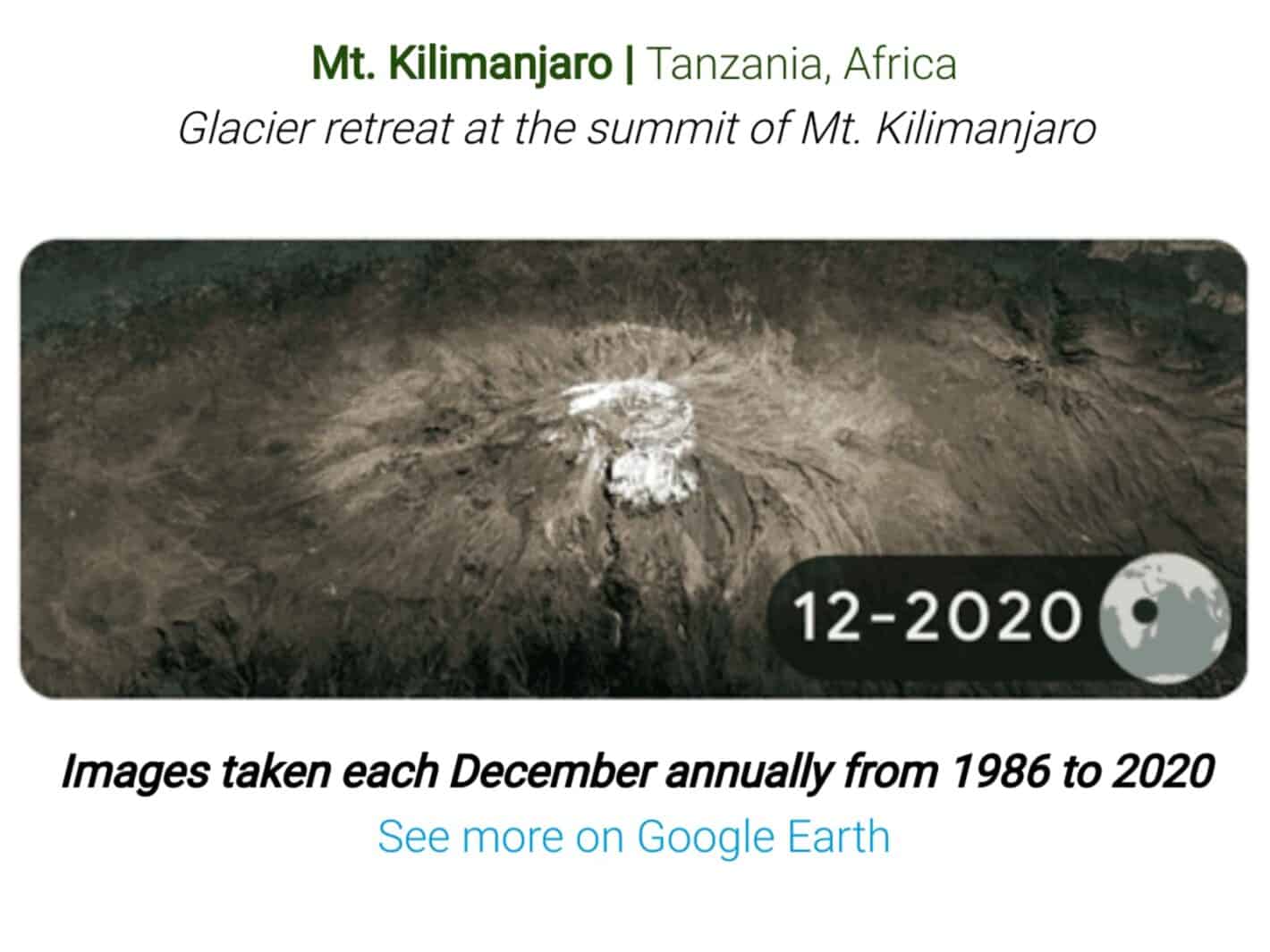 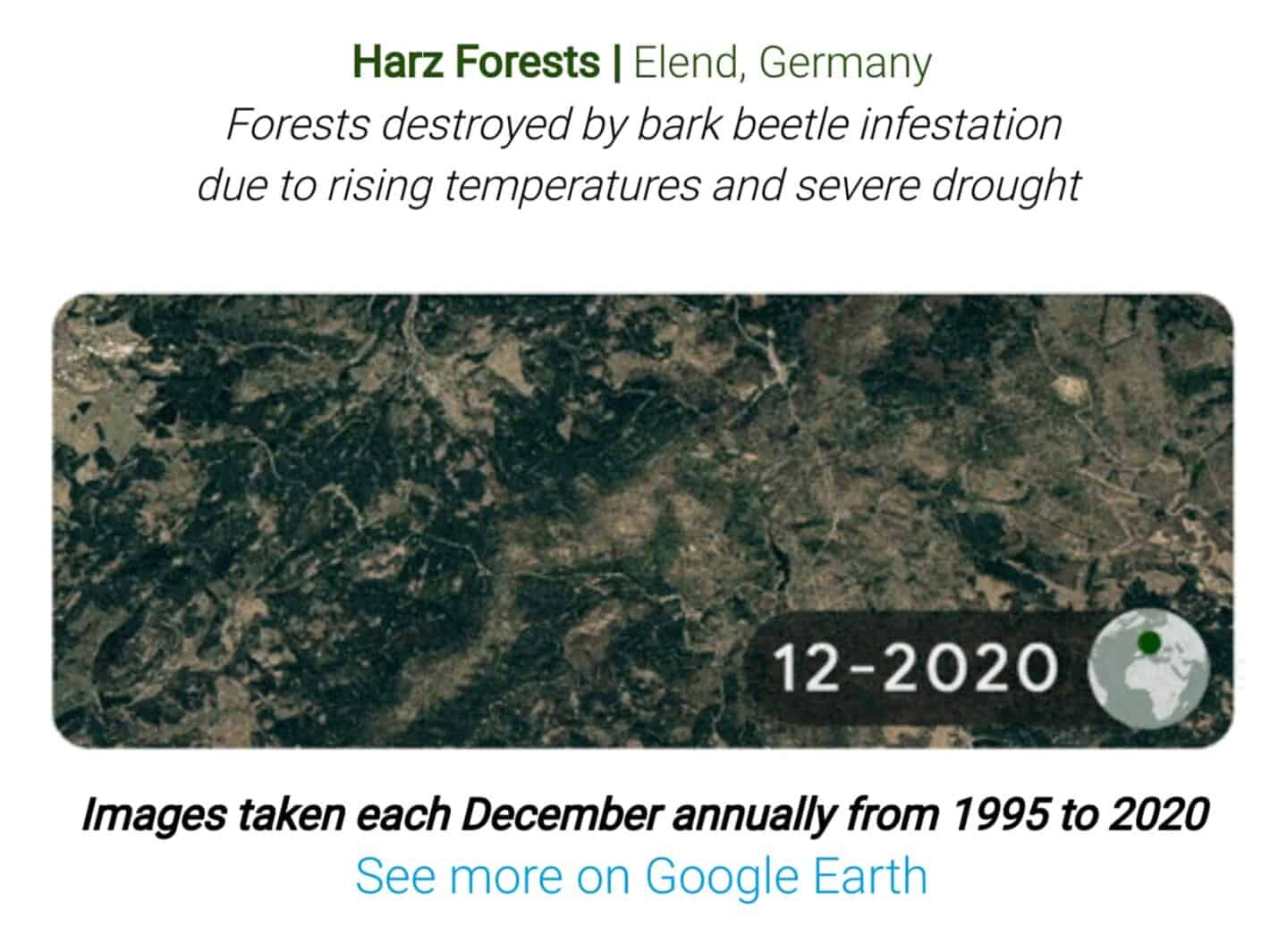 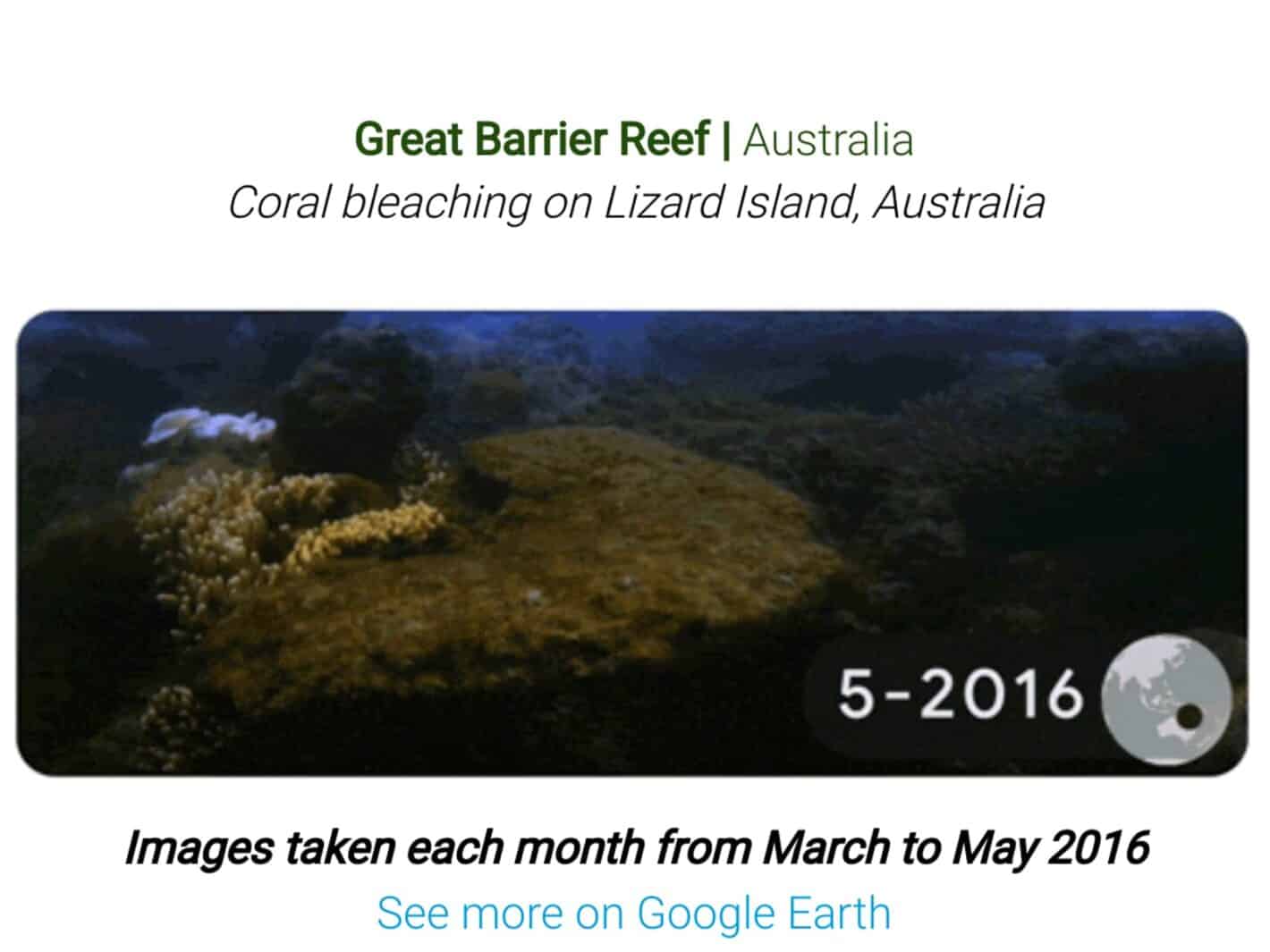 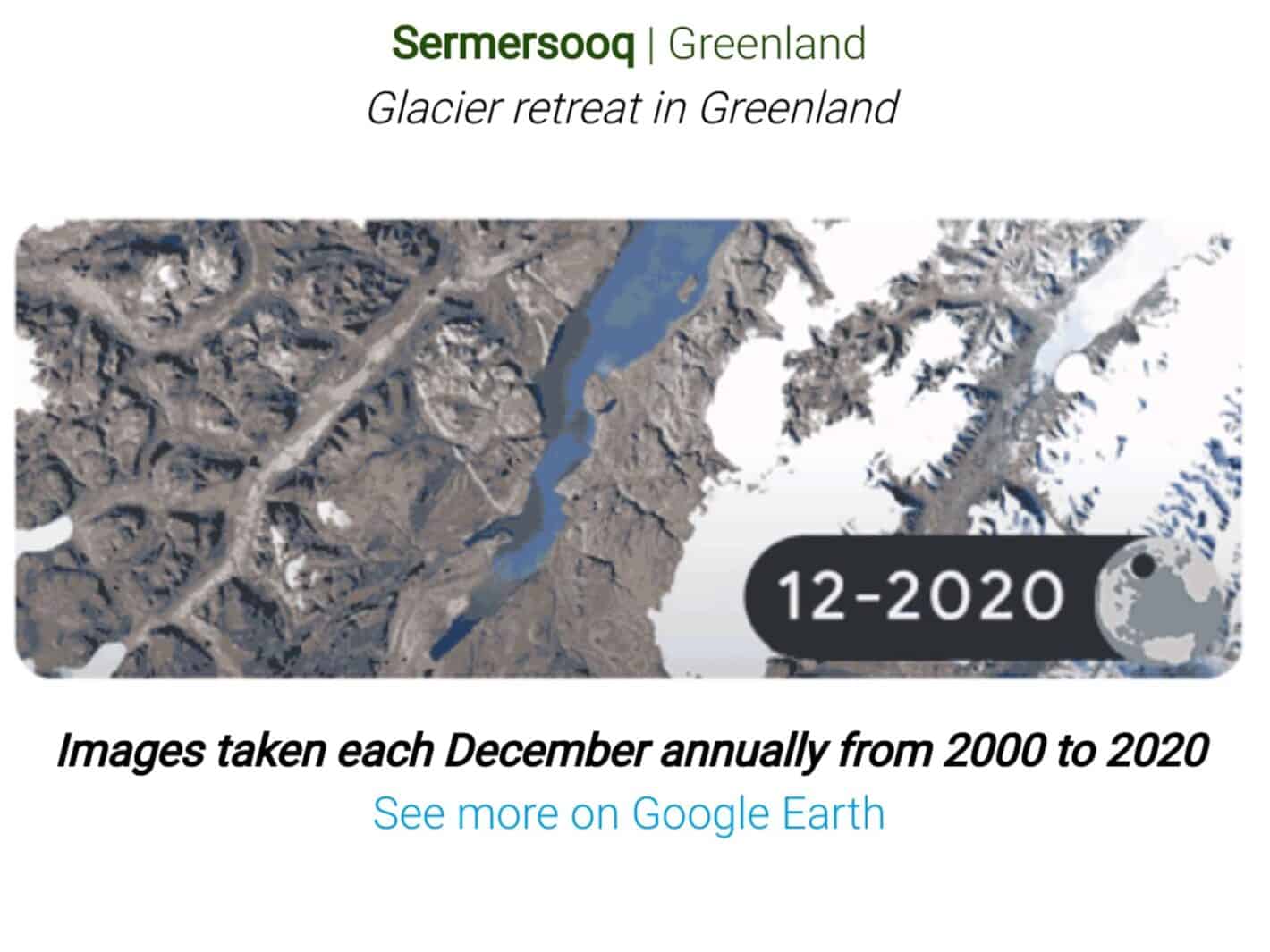 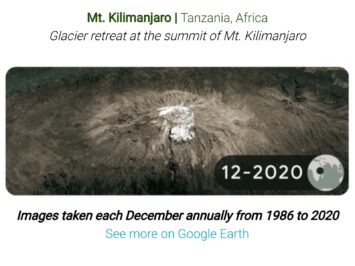 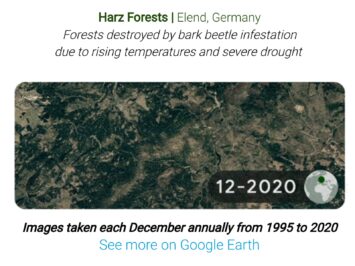 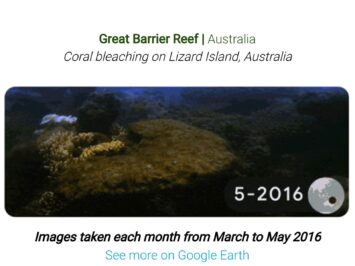 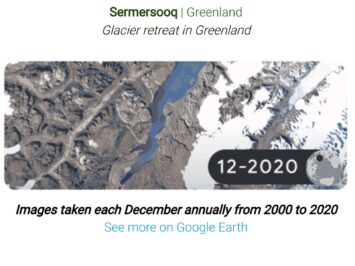