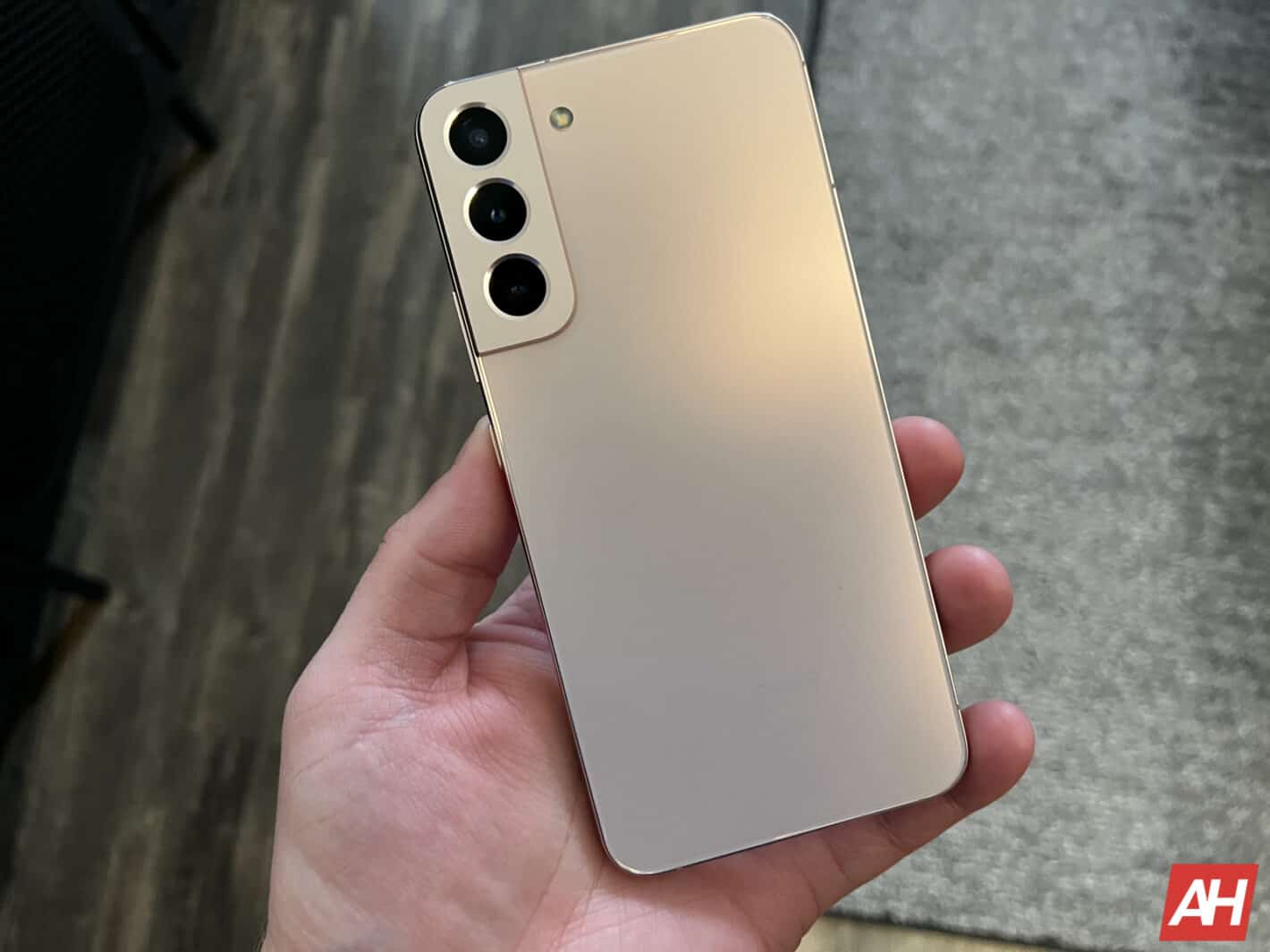 According to research firm Canalys, the global smartphone market suffered a substantial decline in Q1 2022. Shipments dropped 11 percent year-on-year (YoY) from the first quarter of last year. An “unsettled business environment” led to this decline, the firm says.

Samsung continued to capture the top spot in the market with a 24 percent share. The Korean behemoth managed to increase its market share thanks to declines suffered by its Chinese rivals. Its share in the global smartphone market was 22 percent in Q1 2021 and 19 percent in Q4 2021. According to Canalys, the launch of the Galaxy S22 lineup and the aggressive pricing of the new Galaxy A and Galaxy M series budget and mid-range devices helped the company accelerate its growth in Q1 2022.

Apple in the second place also saw its market share increase from 15 percent in Q1 2021 to 18 percent this past quarter. It rode the success of the iPhone 13 lineup and the new iPhone SE (2022). Launched in March, the latter brings an upgraded chipset, improved battery performance, and 5G connectivity while keeping the same price tag.

The other three vendors in the top five — Xiaomi, Oppo (including OnePlus), and Vivo — didn’t have a very good Q1 2022 though. Their respective market share this past quarter was 13 percent, ten percent, and eight percent. That’s a drop from 14 percent, 11 percent, and ten percent respectively during the same period last year.

The first quarter of the year usually sees lesser smartphone shipments than the other three quarters. This has been the trend for several years now. But 2021 was a little different. Following an unprecedented slowdown in the first half of 2020 due to the coronavirus pandemic, the smartphone market started to recover in late 2020. As such, smartphone sales in Q1 2021 were the highest ever for the first quarter. It followed a global component shortage in mid-2021, causing another unprecedented decline. Q2 and Q3 2021 sales were lesser than Q1, which was a first too.

Considering all these developments, we weren’t expecting smartphone sales in Q1 2022 to match the Q1 2021 level. But an 11 percent decline is still too strong. Supply constraints due to COVID-19 lockdowns in China, global inflation, and the war in Ukraine caused this decline.

Thankfully, Canalys expects things to improve in the coming months. “The good news is that the painful component shortages might improve sooner than expected, which will certainly help relieve cost pressures,” said Canalys VP Mobility Nicole Peng. It will be interesting to see how much growth the smartphone market will see in subsequent quarters. 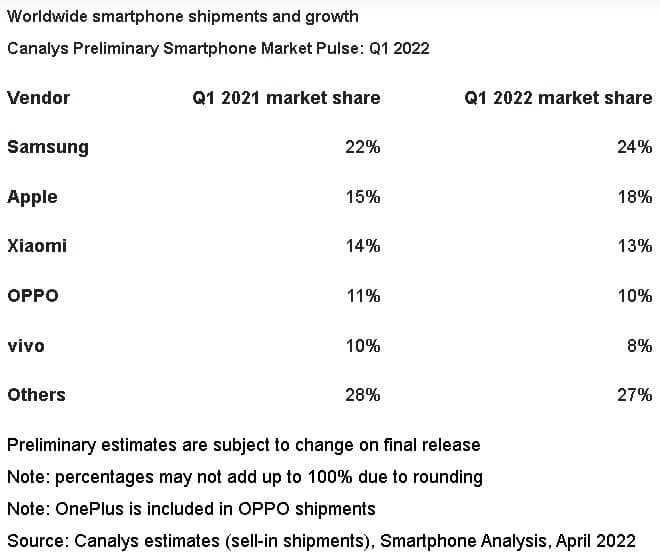