Samsung has quietly unveiled the Galaxy M53 5G. The company didn’t make any announcement but has published the device’s specs and press renders on its website. The highlight of the show here is a 108-megapixel camera, but the new Galaxy M series smartphone also has a lot more going for it.

In terms of design, the Galaxy M53 5G is a blend of the Galaxy A53 5G and Galaxy M33 5G. The display of the new phone matches that of its Galaxy A series counterpart. We have a punch-hole display with noticeable bezels all around. But as soon as you turn around, you’ll notice its quad-camera layout is unchanged from the Galaxy M33 5G. From the shape and size of the camera bump to the positioning of the lenses and the LED flash unit, nothing changes.

However, when it comes to the specs, you can expect to see a lot of difference. The screen is a 6.7-inch Super AMOLED+ panel with an FHD+ resolution and 120Hz refresh rate. That’s the same display found on the Galaxy A73 5G. The latter also shares its 108-megapixel primary rear camera and the 32-megapixel selfie camera with the Galaxy M53 5G. The other three rear cameras include an 8-megapixel ultrawide lens, a 2-megapixel depth sensor, and a 2-megapixel macro camera.

Under the hood, we have an octa-core processor with two CPU cores running at 2.4GHz and six cores at 2GHz. Samsung didn’t name the chipset, but we have long known that it’s MediaTek’s Dimensity 900. The Galaxy M53 5G will have 6GB of RAM and 128GB of storage space. It also supports microSD cards of up to 1TB capacity.

Samsung has equipped this phone with a 5,000mAh battery, and it also supports 25W fast charging. Other highlights include a side-mounted fingerprint scanner, dual-band Wi-Fi, Bluetooth 5.2, 5G connectivity, and Samsung Knox security. The device will run Android 12-based One UI 4.1 out of the box.

The whole package measures 77.0 x 164.7 x 7.4mm in dimension and weighs 176 grams. Based on the press renders that Samsung shared, the Galaxy M53 5G will be available in blue, green, and brown colors. The Galaxy M53 5G is the 14th different smartphone model Samsung has launched so far this year. Unlike some of those, this device arrives without any fanfare. But as you can see, it does have a lot to offer. Unfortunately, the company didn’t yet say how much it will charge for the phone. We don’t even know when and where it will be available to purchase. Hopefully, it won’t be long before we get to know those details. We will keep you posted. 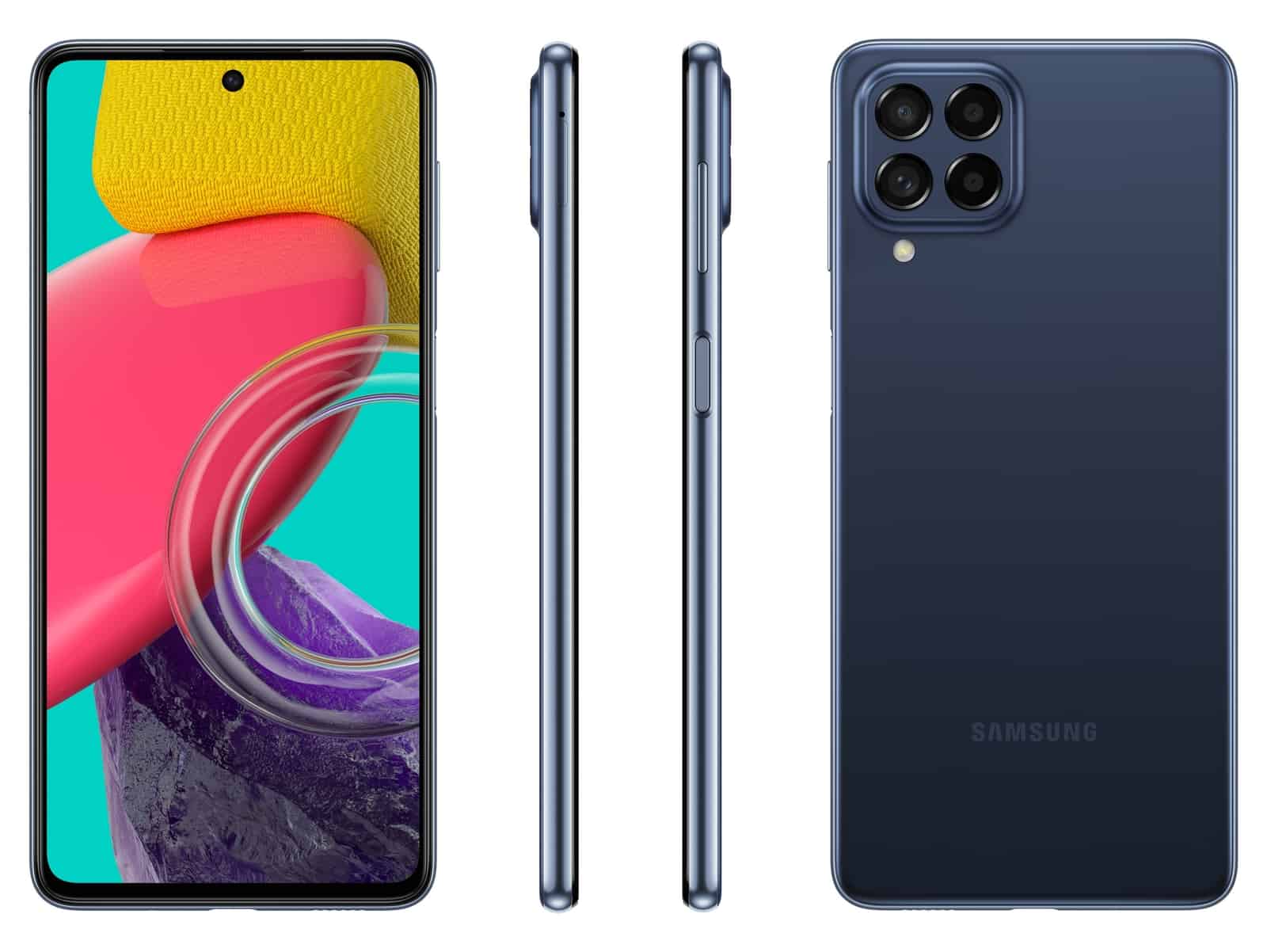