Skip to content
Advertisement
Trusted By Millions
Independent, Expert Android News You Can Trust, Since 2010
Publishing More Android Than Anyone Else
17
Today
167
This Week
17
This Month
4753
This Year
122324
All Time
Advertisement Samsung offers a Digital Car Key function on its recent flagship smartphones, allowing users to unlock their cars with nothing more than their phones. The company is now adding support for more vehicles, so more people can take advantage of the functionality. First spotted by the folks over at TizenHelp, Samsung’s Digital Car Key now works with the Genesis GV60 and G90, BMW 1 to 8 Series, BMW X5 to X7, BMW Z4, iX3, iX, i4, and Kia Niro.

Digital Car Key allows users to lock/unlock their cars, “open the trunk, start the engine, and adjust seats and mirror positions”. Owners can also use this functionality to locate their cars in parking lots. It also lets owners remotely share digital keys when someone else is using their car. Of course, the other person needs to have a compatible Galaxy smartphone. Samsung’s embedded Secure Element (eSE) protects the encryption keys and other sensitive information. You also need to download the Samsung Pass app on your smartphone to use Digital Car Key.

Digital Car Key is available on Samsung’s Galaxy S21 series, Galaxy Note 20 Ultra, Galaxy Z Fold 2, Galaxy Z Fold 3, Galaxy Z Flip 3, and the Galaxy S22 series. But all this while, only one car supported the functionality — Genesis GV60.  The company is now adding more vehicles to the list. Unfortunately, the availability of this functionality is still limited to South Korea. It’s unclear when Samsung plans to expand it to other countries. The company is looking to expand to the US, the UK, Denmark, France, Italy, and Spain but we don’t have a timeframe yet.

However, if you’re fond of this functionality, you can use Google’s digital car key tool on your Galaxy smartphone. It works similarly and also supports more cars, including some BMW models. It is also available in more countries. It’s unclear though whether the newly added cars will only support Samsung’s Digital Car Key or Google’s version also.

As our cars get smarter and more electric, digital car keys will become prevalent. We should see more companies developing such solutions soon. We will keep you posted. 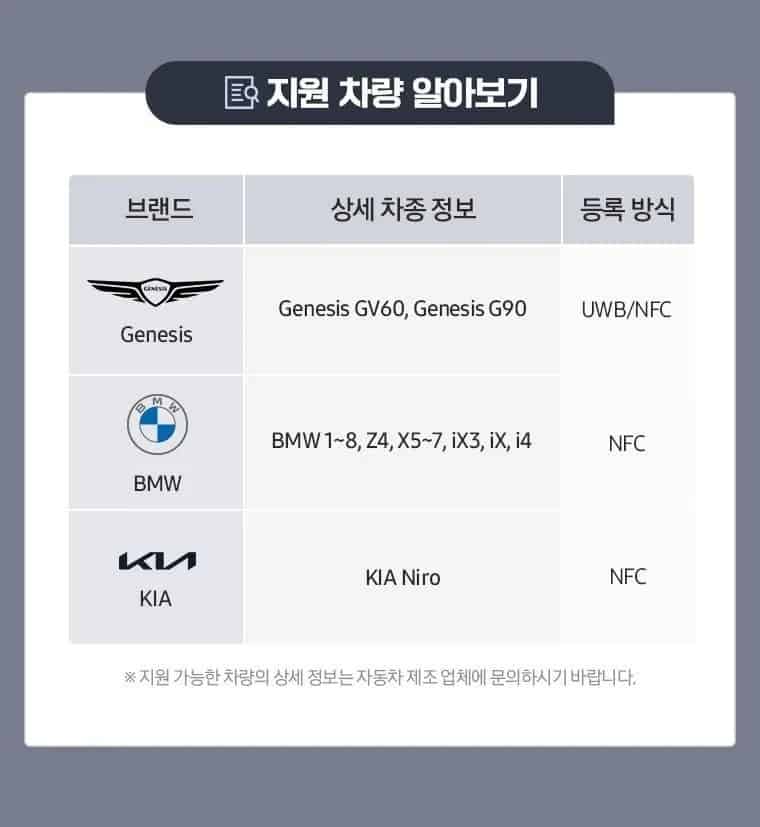