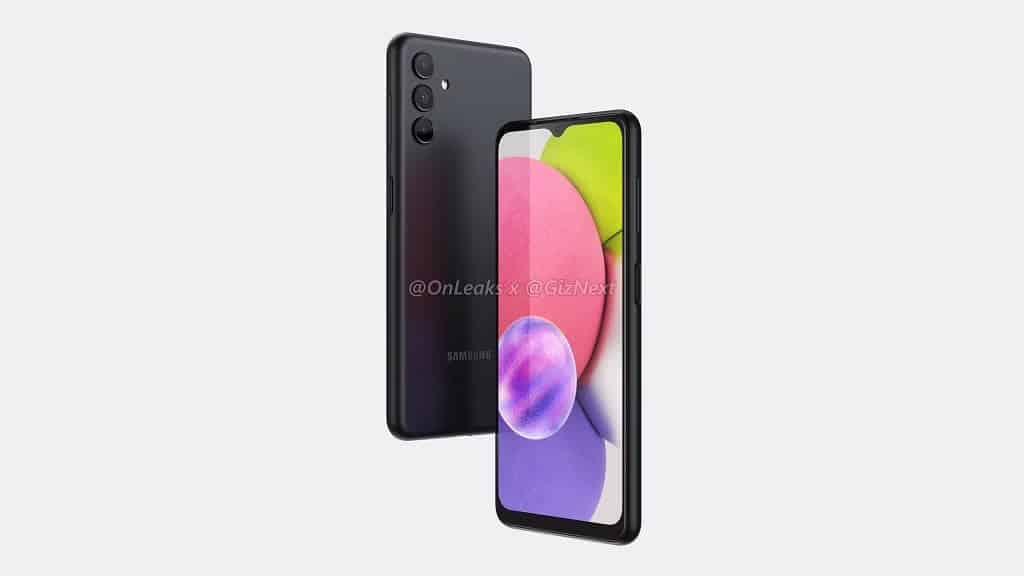 Samsung is preparing a new entry-level Android smartphone in the form of Galaxy A04s. The device may still be a few months away from launch. But we already have a detailed look at its design thanks to high-resolution renders shared by well-known tipster Steve Hemmerstoffer, aka Onleaks.

Since this phone is expected to come as cheap as it gets, there isn’t much to be excited about here. The device features a flat display with a V-shaped notch at the center. The bezels around the display are quite noticeable but nothing in comparison to the chunky chin at the bottom. Like any other Samsung smartphone, the Galaxy A04s also has its volume controls and power button on the right side. The latter doubles up as a fingerprint scanner.

The bottom edge features a speaker grille, a microphone hole, a USB Type-C port, and a 3.5mm headphone jack. The audio jack is still a sting in low-cost devices. There’s one more microphone hole at the top, while the SIM tray finds itself on the left side.

Moving to the back, the Galaxy A04s has three cameras aligned vertically. There’s no camera bump though. Instead, each sensor protrudes out of the back panel individually. The LED flash too. We are seeing Samsung increasingly use this camera design on its low-cost smartphones.

The new report also reveals some of the key specifications of the Galaxy A04s. To start with, the display we are looking at is reportedly a 6.5-inch panel of HD+ (720p) resolution and a 60Hz refresh rate. It could be an LCD panel as AMOLED is too “premium” for entry-level smartphones.

Camera specs are unknown but don’t expect a revolutionary change from the Galaxy A03s last year. The latter featured a 13-megapixel primary camera, a 2-megapixel macro camera, and a 2-megapixel depth sensor. For selfies, it had a 5-megapixel camera at the front. Samsung could opt for a newer processor in the Galaxy A04s though. Its predecessor shipped with MediaTek’s Helio P35 chipset that was coupled with up to 4GB of RAM and 64GB of storage.

The Galaxy A04s reportedly has a dimension of 164.5 x 76.5 x 9.18mm. It will support dual SIM as well as a micro SD card for expandable storage. The device could pack the same 5,000mAh battery as the Galaxy A03s. We are expecting Samsung to offer at least 15W of fast charging here.

The leaked renders show the Galaxy A04s in a single black color. But it could come in more color options. You can expect to hear more about the device in the build-up to its launch. 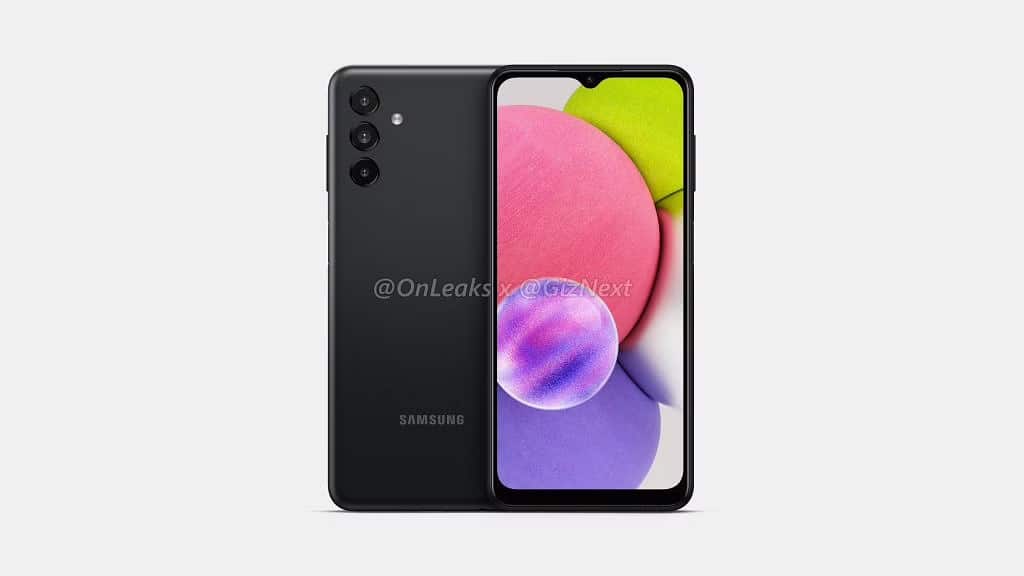 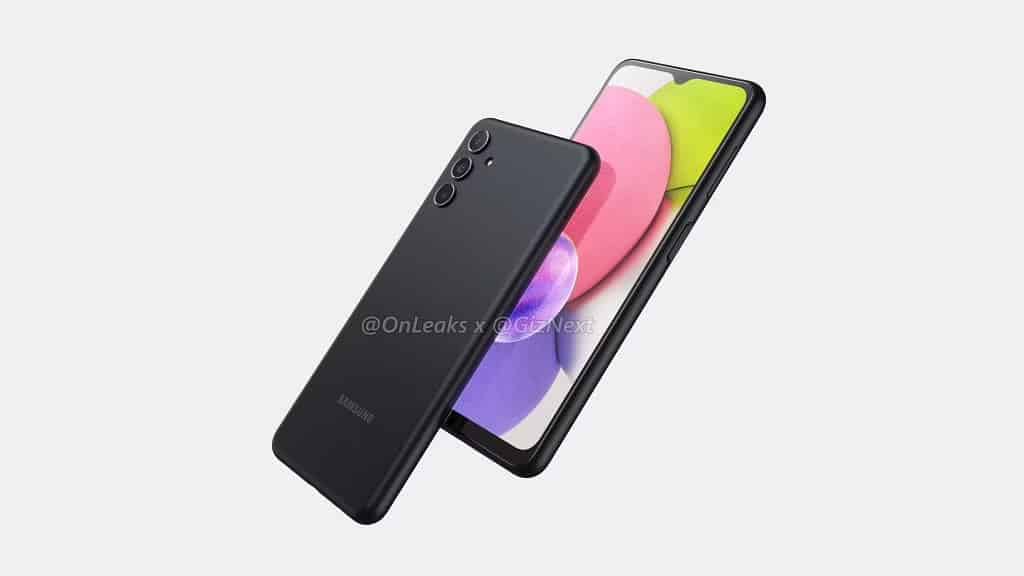 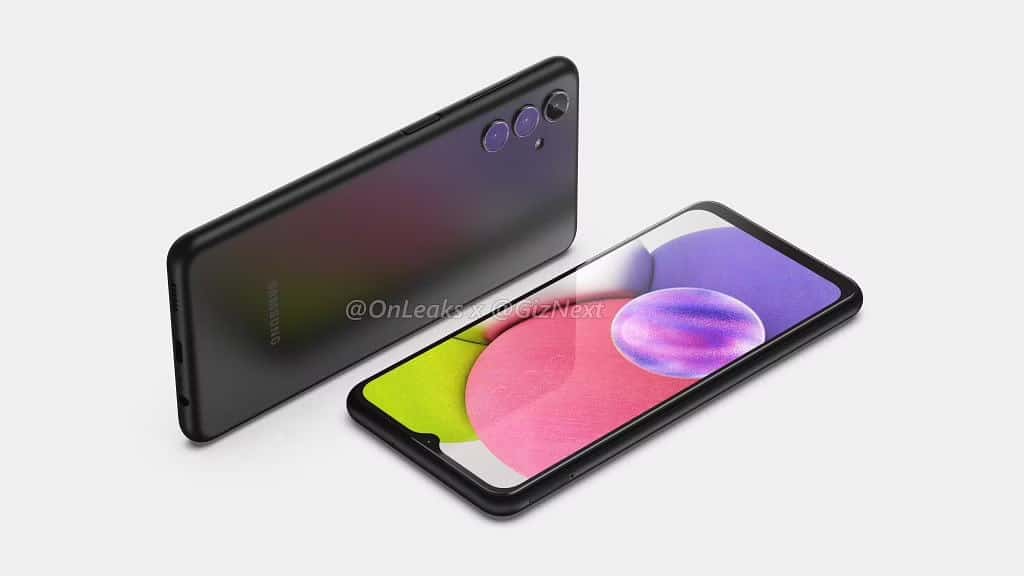 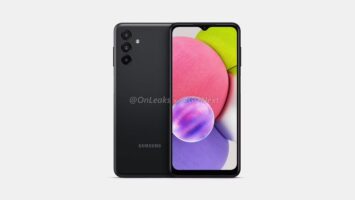 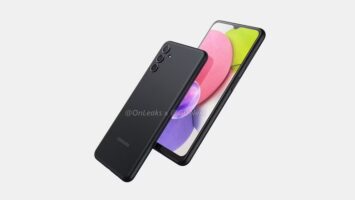 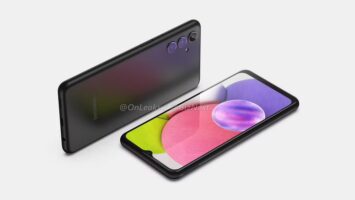