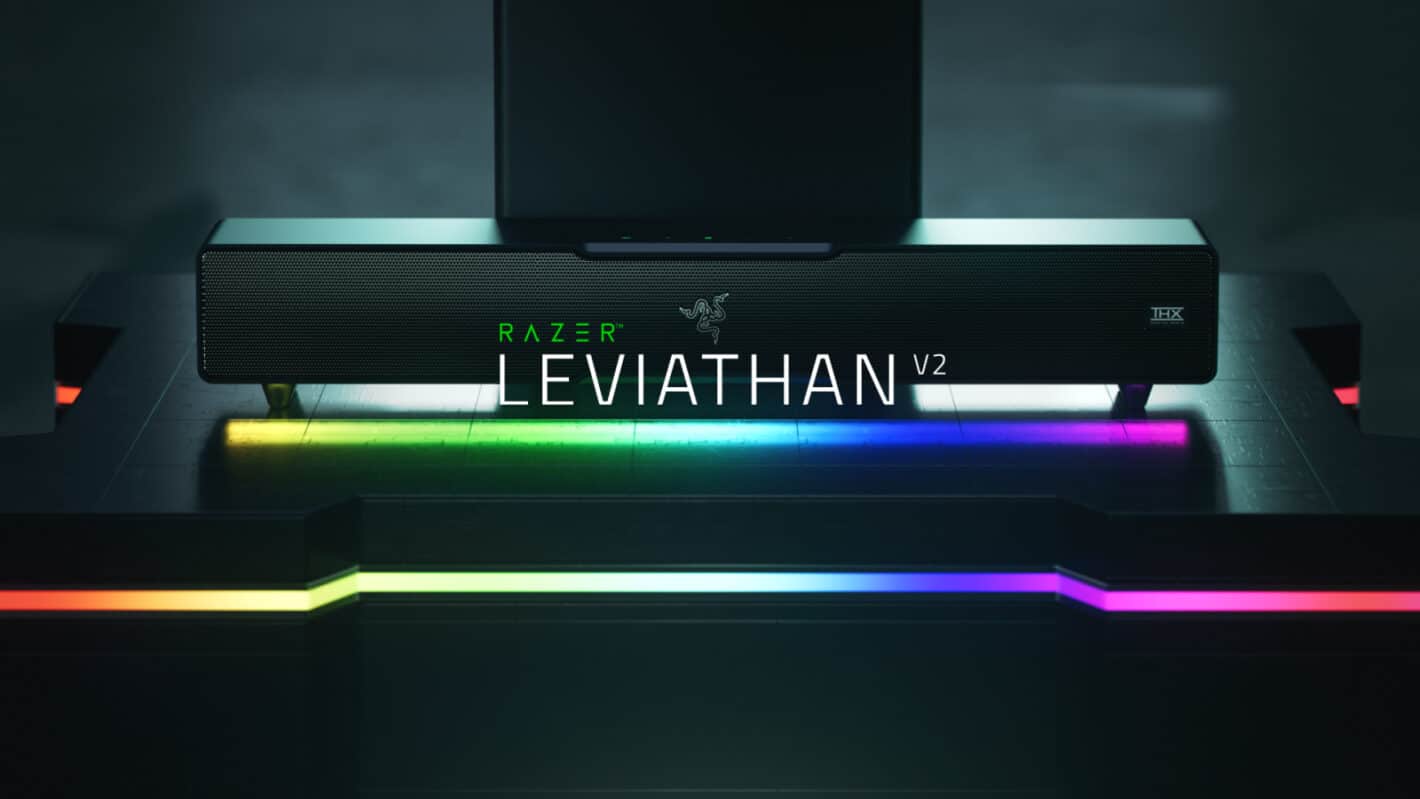 Razer today has announced its latest audio device, the Leviathan V2, which it promises will offer a wider soundstage thanks to the included THX spatial audio. Carrying on the legacy of the company’s previous PC gaming soundbar, the Razer Leviathan V2 features multiple drivers and an included subwoofer for bone-shaking bass, all wrapped in more compact package.

While the original Leviathan was great, this newer model is easier to fit on your desk. Which makes it a little more viable for people with smaller spaces. And because of the THX spatial audio it can still feel like they’re being immersed in whatever they’re playing. If you’re wondering just how small it is, it’s shorter than Razer’s 27-inch monitor. As for specifics, it measures 19.7 x 3.6 x 3.3 inches. So it really won’t take up a whole lot of space.

In terms of a design, it looks pretty similar to Panasonic’s SoundSlayer (one of our favorite audio devices for gaming). Though it does come with a few tweaks to differentiate its look overall. Of course, it also comes with Razer Chroma.

As is customary with many Razer products, the soundbar is available the same day of the announcement. Which means you can grab it now for $249.99 if you need to upgrade your gaming audio experiences.

It’s available through both Razer’s website and retail partners like Amazon. It should also be available from places like Best Buy in time. Compared to Razer’s other audio products that aren’t headphones, this might be the best value. To get a similar experience from Razer’s current offerings you’d need the Nommo Pro. Which retails for $599.99.

For added convenience, Razer has equipped the soundbar with Bluetooth 5.2. So it’ll be quick and painless to swap the connection between your PC and mobile devices. it also comes with detachable rubber feet, so you can angle it without obstructing the sound according to Razer.

Additionally, Razer has conveniently placed all of the buttons on the top of the soundbar towards the front. So they’re easy to tap and make adjustments as needed.