If you’ve been following OnePlus lately, you’d know that the company recently launched the OnePlus 10 Pro internationally with a decent starting price. This comes after a few months of being exclusive to the Chinese market. It struck us as odd that the company opted to nix the regular OnePlus 10.

Well, now we know why; it’s being rebranded as the Oppo Reno 8

Yes, the OnePlus 10 does exist somewhere other than our melancholic daydreams. It looks like that phone is being rebranded as the Oppo Reno 8. There was a leaked image posted by Digital Chat Station on Chinese social media site Weibo. The image shows us what looks just like the OnePlus 10 Pro but with a notable difference.

What’s the main difference? Well, looking at the camera module, the bottom extends downward past the lenses further than with the OnePlus 10 Pro. That’s really the only difference; that, and the lack of the Hasselblad branding. This might have been the original design for the regular OnePlus 10, but then the company just ported the design over to Oppo.

What are some of the other specs?

Right now, all of the specs are rumors and speculation. The Weibo post says that the display is expected to be a 6.55-inch AMOLED display with a resolution of 2400 x 1080 that can run at 120Hz. As for the main camera, it’s expected to be a 50MP camera using an IMX 766 sensor.

Other than that, the speculations are a big mystery. Also, there’s no word on the price or availability. Since this is basically a repackaged OnePlus 10, we can expect it to cost between $599 and $649. That’s only speculation based on what a regular OnePlus 10 could have cost. 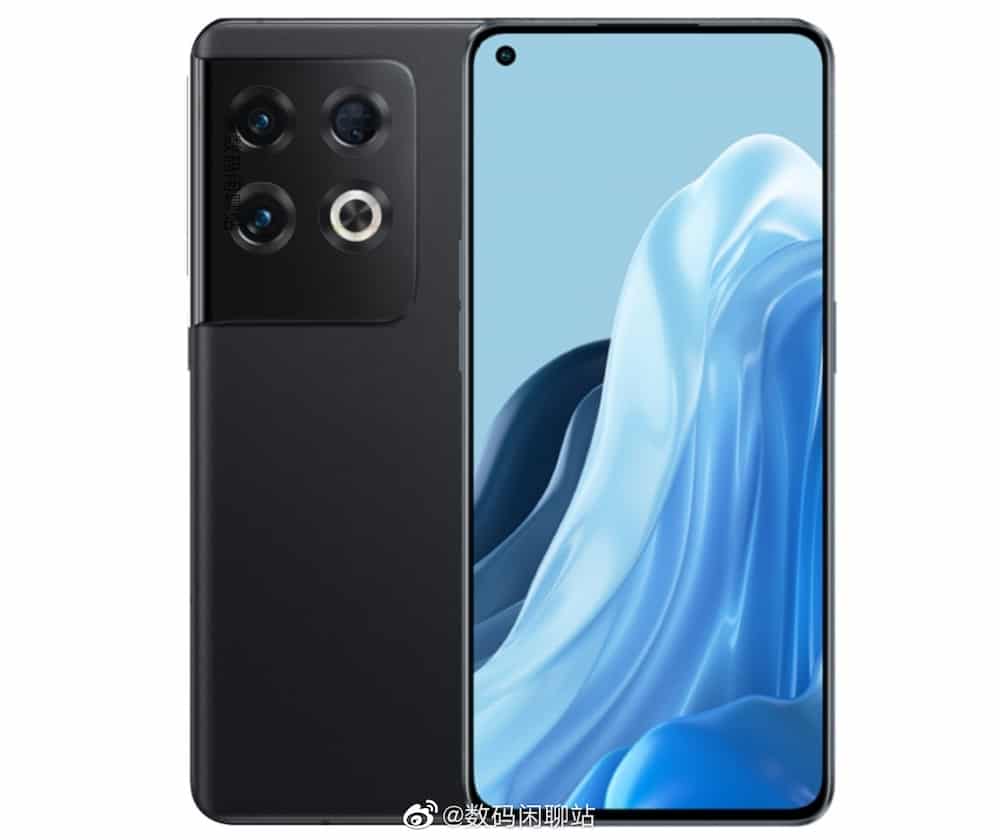