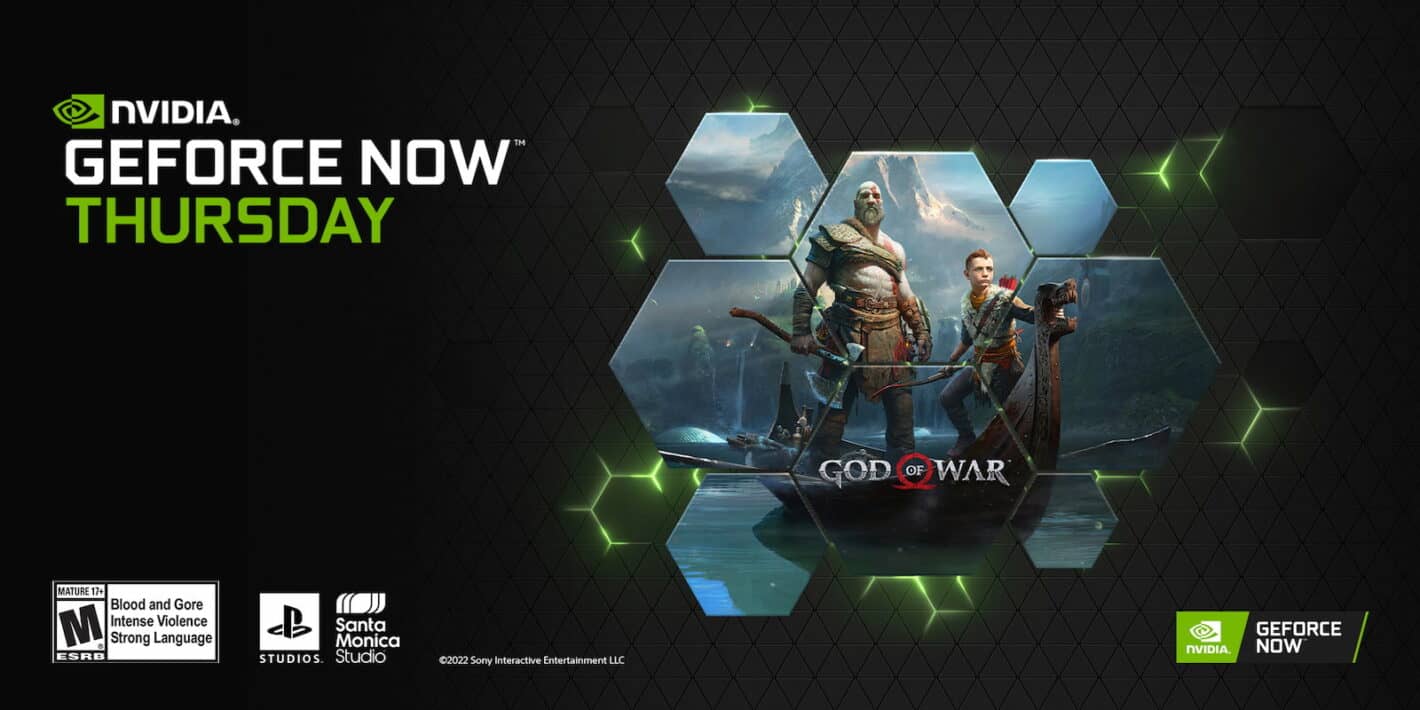 NVIDIA’s GeForce NOW service is having a huge week for releases this week, with the service dropping access to 2018’s God Of War and 7 other new games.

That’s 8 titles in total that players have access to today. And believe it or not 2 of those 8 games are AAA titles. The second refers to MotoGP 22. Which is a new release as of today. MotoGP 22 launched on a number of platforms and services. Including PS4, PS5, Xbox One, Xbox Series X|S, Nintendo Switch, and of course PC via Steam.

If you picked the game up via Steam, you’ll be able to play it on the go through GeForce NOW thanks to the power of the cloud. All you need is a good controller and a reliable internet connection to make sure you stay connected while playing.

God Of War streams on GeForce NOW at up to 120fps

If you own God Of War on PC, then you know how good it can look if you have a powerful enough rig. Thankfully, those who stream games through GeForce NOW can play God Of War at up to 120fps on supported mobile devices.

You will however need to be subscribed to the RTX 3080 tier if you want those benefits. Worth noting is that you can now subscribe to GeForce NOW’s RTX 3080 tier monthly. Which means you can $20 a month for the service instead of $99 for a 6-month membership. While the 6-month membership is a better value, some users may only be able to do the month to month payments.

Outside of God Of War and MotoGP 22, the 6 other games being added today includes Lila’s Sky Ark, Lumote: The Mastermote Chronicles, Terraformers, Warstride Challenges, EQI, and Twin Mirror.

With all of these new games available, GeForce NOW subscribers have a potentially packed weekend ahead of them. On top of all that, new instant play demos are dropping today too. This includes demos for Lumote and The Riftbreaker. And Demos for Ghostrunner and Chorus are still available to play as well.

Basically, there’s a lot of games to play on GeForce NOW this weekend. So it’s a good time to jump in and check it out.