Skip to content
Advertisement
Trusted By Millions
Independent, Expert Android News You Can Trust, Since 2010
Publishing More Android Than Anyone Else
36
Today
36
This Week
377
This Month
4297
This Year
121882
All Time
Advertisement Motorola has launched a new premium mid-range smartphone, the Motorola Edge 30. The device arrives as a cheaper alternative to the Edge 30 Pro flagship launched earlier this year, rebranded as Edge+ 2022 in the US. It keeps some of the key specifications of the Pro model, including the rear camera setup and the 144Hz display. But it cleverly cuts corners for a reduced price.

The Motorola Edge 30 sports a 6.5-inch FHD+ AMOLED display with a 144Hz refresh rate. It is a 10-bit panel (one billion colors) with HDR10+ certification. Under the hood is Qualcomm’s Snapdragon 778G+ processor coupled with 8GB of RAM and 128GB/256GB storage options. There’s no expandable storage here though.

The device gets a triple camera setup with a dual-LED flash at the back that’s unchanged from the Pro model. We are talking about a 50-megapixel primary camera with multi-directional PDAF (phase-detection autofocus) and OIS (Optical Image Stabilization). The ultrawide lens is also a 50-megapixel sensor and supports PDAF. The third camera is a 2-megapixel depth sensor. However, while the Pro model can record 8K videos, the vanilla Edge 30 tops up at 4K. Processor and ISP (Image Signal Processor) limits, you know. The front-facing camera is a 32-megapixel sensor that can record 4K videos.

The Motorola Edge 30 gets Dolby Atmos stereo speakers and a side-mounted fingerprint scanner. At just 6.79mm thick, Motorola says it is the thinnest 5G phone yet. But it comes at a cost — a smaller battery. The device gets a 4,020mAh battery with 33W fast charging via a USB Type-C 2.0 port.

This phone is 5G-ready and supports dual stand-by 5G sub-6GHz 5G connectivity. Other connectivity options include Wi-Fi 6E, Bluetooth 5.2, and NFC. There’s no 3.5mm headphone jack here. The phone is IP52 rated for dust and water resistance and comes with Android 12 out of the box, with a near-stock Android experience. Unfortunately, Motorola doesn’t tell how many major Android updates the phone will get. 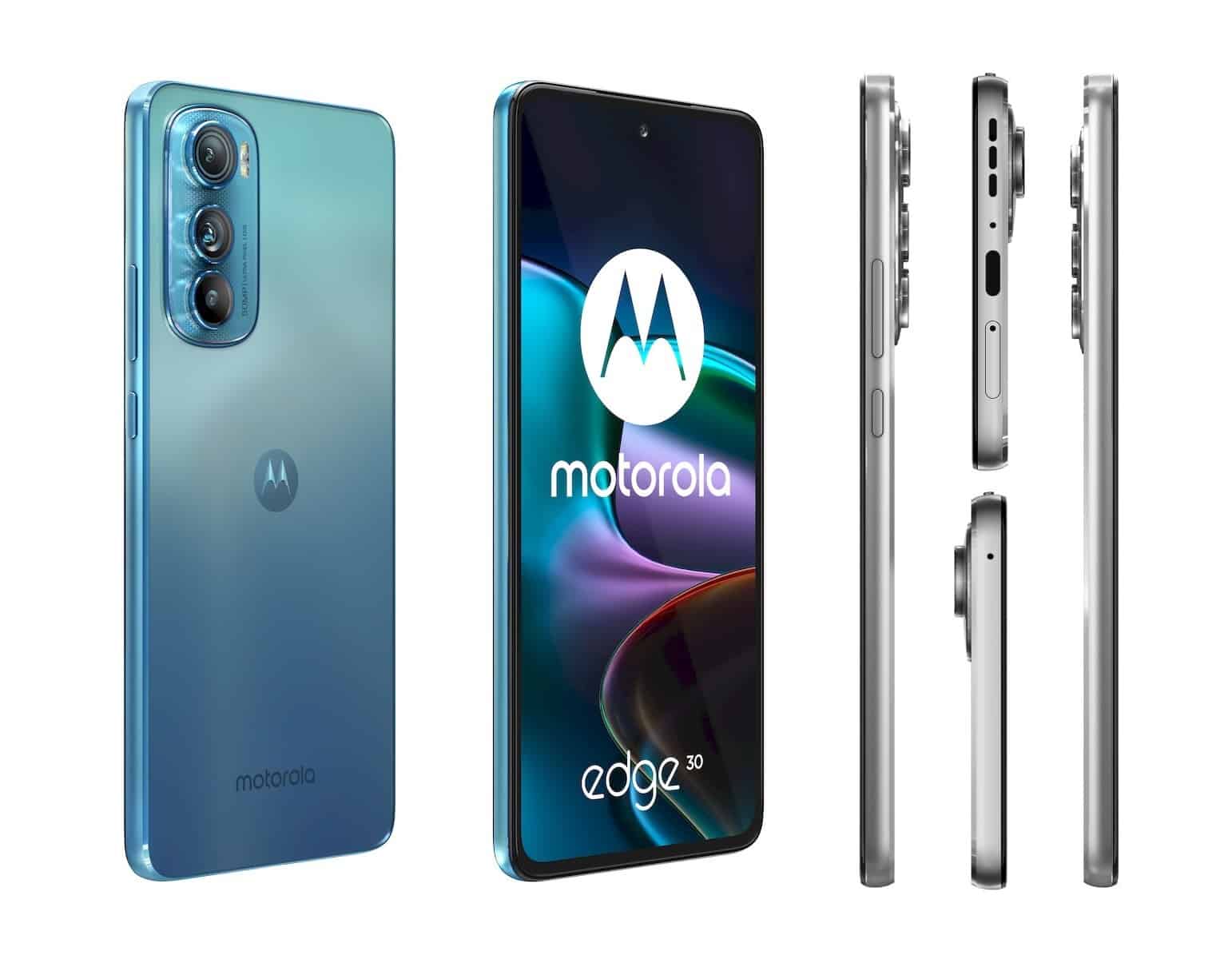 Motorola has priced the Edge 30 at €450/£380 for the base variant with 8GB of RAM and 128GB of storage. The device will go on sale in Aurora Green, Meteor Grey, and Supermoon Silver colors in several regions around the world in the coming months, including Europe, Asia, Australia, the Middle East, and Latin America.

There’s no word yet on the device’s availability in the US though. Motorola has promised to launch a second Edge series phone stateside later this year after the Edge 30 Pro. But it’s unclear whether that will be the Edge 30 or the company has something else in the plans. We will keep you posted. 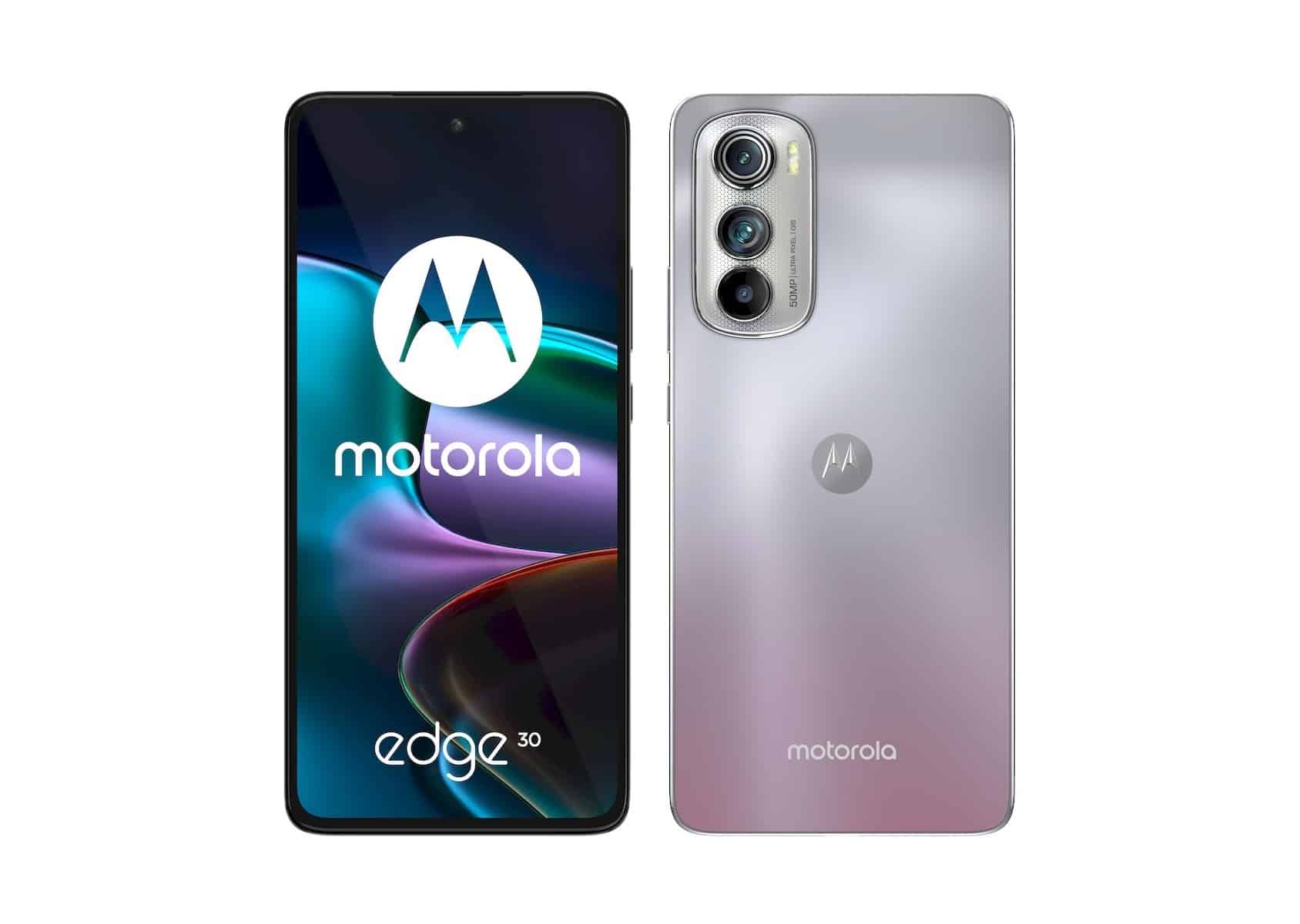