Finally, your Roomba can avoid your dog's poop, among other things.

iRobot sent over the Roomba j7+ for AndroidHeadlines to check out. We used it for about 2 weeks before publishing this review.

One of the biggest issues that Roomba users have had in recent years with their robot vacuums, has been the fact that it would run over their dog’s poop and smear it around the house. That’s just disgusting, right? And while dog’s should be trained to go outside, there’s always the chance that they might have an accident. But you still don’t want it around the house.

iRobot heard these complaints, and with the Roomba j7 series, it has debuted this new avoidance system which is guaranteed to avoid pet waste. iRobot calls it the “P.O.O.P. guarantee”. This stands for “Pet Owner Official Promise”. iRobot says that it is so sure of the Roomba j7 avoiding pet waste, that if it doesn’t, it’ll replace it for free. That’s pretty bold, but does it actually work? And is it worth the $800 for the plus model? Let’s find out in our review of the iRobot Roomba j7+. 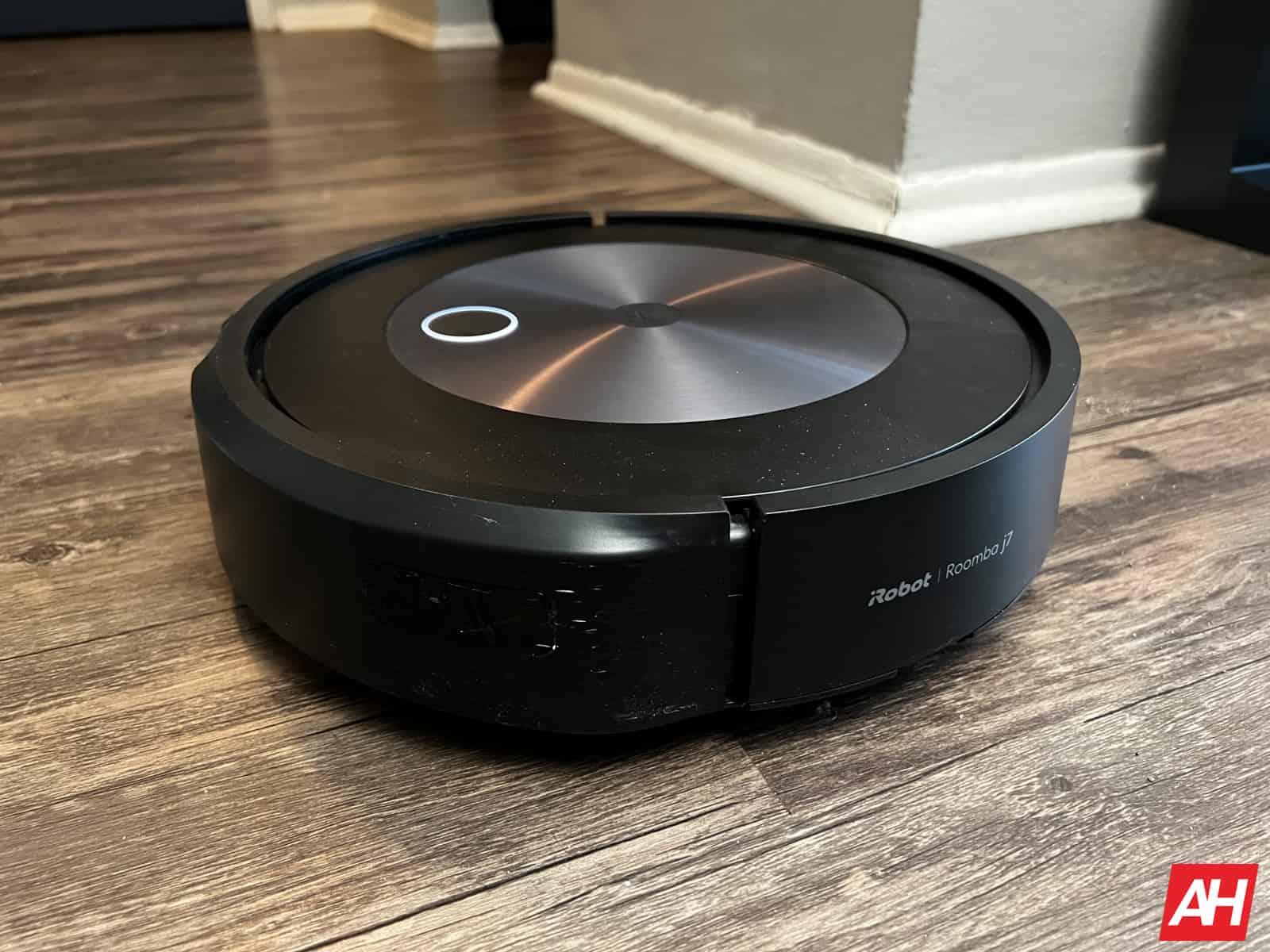 Admittedly, this was pretty hard to test myself. As my dog is really good at going outside, and hasn’t had an accident in my apartment for almost two years now. However, I did put some liquid on the floor, and some other smaller things for it to avoid. Which it did quite well. The Roomba j7+ is also great at avoiding other things like cords, shoes and such.

I only had to rescue the Roomba j7+ once, which was when it went into the bathroom to clean, and closed the door and freaked out because it couldn’t get out. To be fair, every robot vacuum I’ve reviewed since living here, has had that issue – it’s due to the way the bathroom is set up here.

Other than that, it does a good job of avoiding all sorts of things.

It’s great at cleaning, but not as powerful as the competition

iRobot does not mention the suction rating for its robot vacuums. Instead, it just says that the j7+ is “10x more” than its 600 series. The s9+ is 40x more, so we can see it’s not its most powerful robot vacuum, but it’s on pace with the i3 series. This does make sensor for most consumers, as 2500Pa means nothing to them. But if they are upgrading from the Roomba 614 to a j7+, they’ll know that suction is roughly 10-times better.

So how does that work in the real-world? Well, in my testing of the Roomba j7+, I was quite impressed with how well it performed actually. I recently tested and reviewed the Roborock S7 MaxV Ultra and the ECOVACS Deebot X1 Omni, both of which have really crazy suction power (and twice the price), and the Roomba j7+ kept up pretty nicely.

As mentioned, I do have a dog, she’s a short-haired American Staffordshire Terrier/Belgian Malinois mix, and currently shedding her winter coat. So needless to say, there is a lot of dog hair in my apartment. All of which, the Roomba j7+ picked up with ease. This isn’t just due to the suction power on the Roomba j7+, but also the rubber brushes. iRobot was first to move to rubber brushes on its vacuums, since then we’ve seen others do this as well. After using the Roborock S7 and S7 MaxV, I wasn’t expecting much from the Roomba j7’s rubber brushes. Roborock’s don’t perform as well as I think they should. Get some hair wrapped around the brush and it rips it very easily. However, that is not the case with the Roomba j7+. And I believe that is because there are dual-rolling brushes on the bottom, instead of just one.

These rubber brushes allow the Roomba j7+ to get closer to the floor, picking up more dirt and dust off of the carpet and off of your hardwood or laminate floors.

It’s not the best robot vacuum on the market, for picking up dirt and dust, but it does work pretty well. Roborock and ECOVACS might outperform it, however those robot vacuums are also twice the price. So, “you get what you pay for”, am I right?

One of the best looking robot vacuums

I used to think that the design of a robot vacuum didn’t matter. It’s a vacuum, why do I care if it looks nice or not? Well, you should, because it’s going to be sitting in your living room, kitchen or somewhere else, all the time. So you’ll want something that is going to look nice, and not take up a lot of space. And that’s what the Roomba j7+ does.

As mentioned, I’ve been using and reviewing the Roborock S7 MaxV Ultra and ECOVACS Deebot X1 Omni recently, which have truly huge auto-empty docks. In fact, ECOVACS dock has been mistaken for a trash can a few times, when I’ve had people over. Which, I can’t blame them, it’s the same size, and has the same look as a trash can. iRobot on the other hand, it’s a pretty small dock, that does one thing, empties your dustbin. iRobot doesn’t say how long it can go before you need to empty the dock itself, but after about two weeks, you can probably go a couple of months. 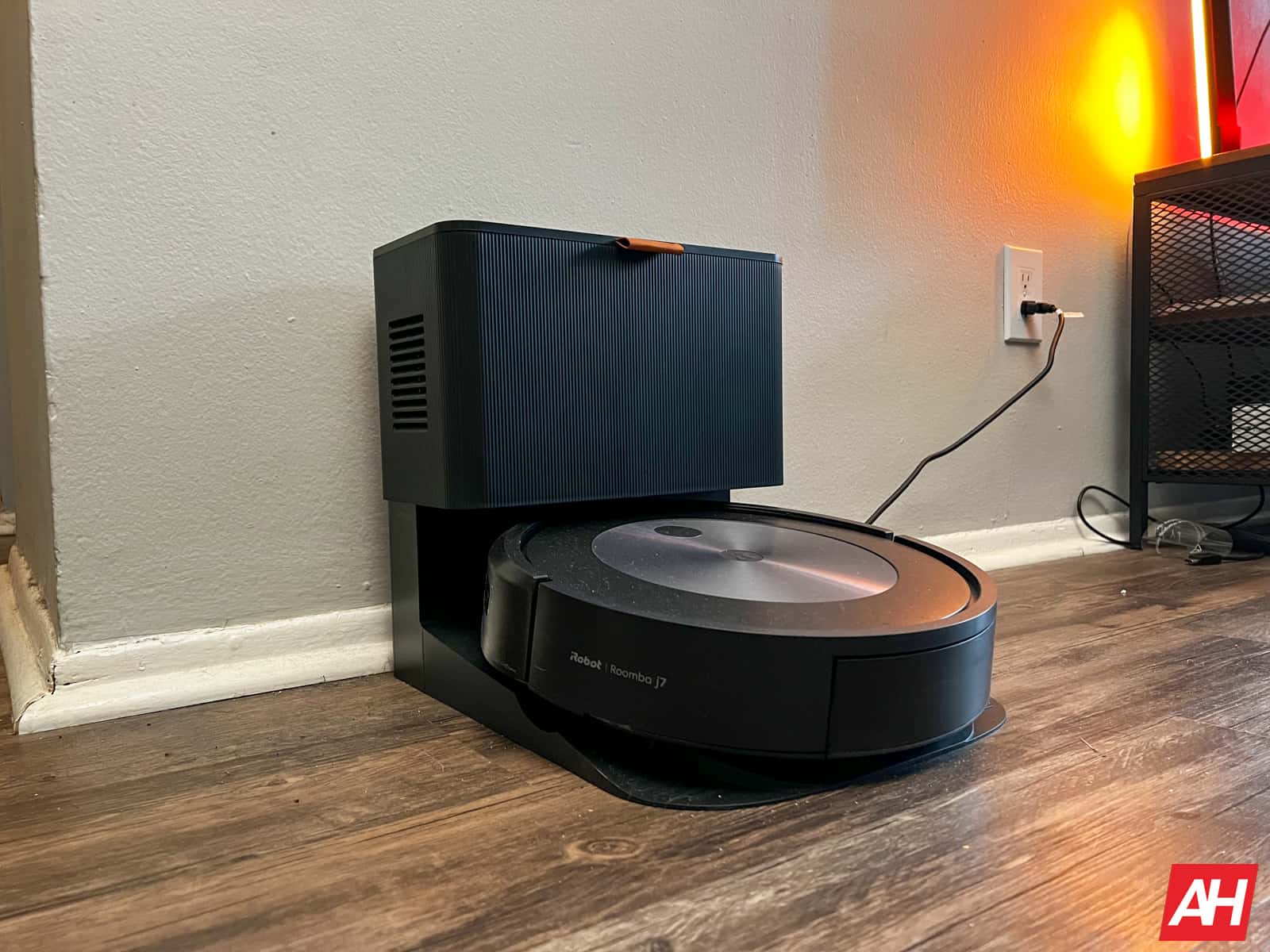 The Roomba j7+ has a single button on the top, which is used for stopping and starting the robot vacuum. The LED light around the button does change colors when there are issues with the vacuum. But what iRobot really does well here, is keeping it simple.

Now on the front of the j7+, you’ll find the camera that is used to see and identify objects, then avoid them. It also has a light on the front that it can use in darker areas, to make sure it is avoiding things – like pet poop of course. That’s another feature we’ve started to see come to other robot vacuums, and I love it.

The app is dead simple

This is the first robot vacuum I’ve ever used from iRobot, and one thing I’ve noticed is that, it was designed to be easy to use. From the vacuum to the app itself. There’s not a lot of options within the app, like there are with other robot vacuums. And you know what, that’s fine. This is a robot vacuum I would definitely give to my mom and dad, or even my grandparents. They aren’t going to want to spend time adjusting the suction power, or setting no-go lines in their homes. They just want to set it and forget it. That’s what the iRobot app lets you do.

Just like with any other robot vacuum app, you can set a schedule, start cleaning, and see your history right there on the home page. You can also set different cleaning tasks, so that you can choose them again later on. I mostly stuck with “Vacuum everywhere”. But you could create a task to clean the kitchen, or the bedroom and bathroom, etc. This is actually really useful, as you can ask your Google Assistant to have “Roomba clean [name of task]” and it’ll get it done for you. I have to say, iRobot has the best integration for Google Assistant and Amazon Alexa. Others I’ve used have been very slow, from the time you give the command to when it actually starts cleaning.

The cleaning history page, actually gives you quite a bit of information. It’ll tell you how much space it cleaned, Dirt Events (these are areas where your robot noticed more dirt), and the time. It also shows you any charging or paused time, this is really only going to show up in a larger home, with more space to clean. Now it will also show you obstacle areas – only the j7 series will do this, obviously since it has the camera. So you can see what the robot thought was an obstacle, and correct it.

With the app, you can review the obstacles it found, by telling it that it’s a temporary obstacle, add a keep out zone, or no obstacle here. You can also check the “Contribute to Database” checkbox which will help Roomba improve. It’s very user intuitive in my opinion and I love it.

Like I said, that app is really simple, and once you set it up, you likely won’t need to do much more than “start”. Which is how robot vacuums should be. 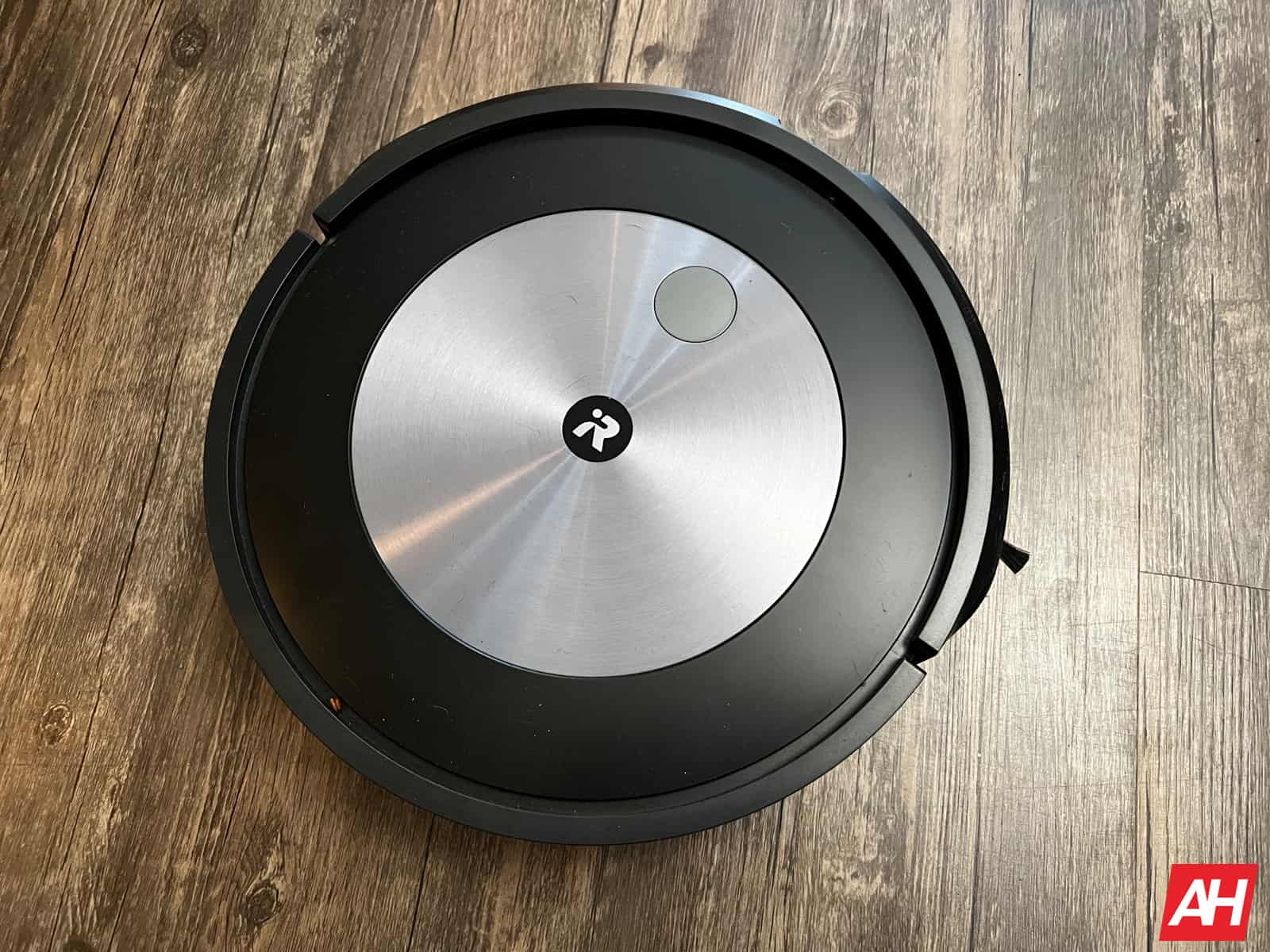 Should I buy the iRobot Roomba j7+?

If you have a pet or pets in your home, then yes the Roomba j7+ should be your next robot vacuum. It has just about everything you could possibly need in a robot vacuum which is really nice to see. And while $799 sounds pricey, you are getting the auto-empty dock here, and it’s actually one of the cheaper robot vacuums that can avoid obstacles and pick up everything with ease.