The Huawei Mate Xs 2 foldable will launch on April 28, and it won’t be an inward-folding smartphone. Its display will fold outwards, as did on the original foldable smartphone from the company, and the Mate Xs.

The Huawei Mate Xs 2 is coming with outward-folding display

This is a rather unconventional approach in this day and age when basically every foldable device folds inwards. Outward-folding is considered to be an inferior approach as the display is exposed at all times.

Huawei is going there with this device, though. We’re not sure why, but the company may explain things during the launch event. The device is launching in China, though, in case you were wondering. We’re not sure if it will make its way to other markets.

All that the company shared is a teaser image for this event, with the confirmation of a name, and date. You can see the teaser image below, and judging by it, you can figure out this is an outward-folding device. As if that wasn’t enough, a tipster confirmed it. 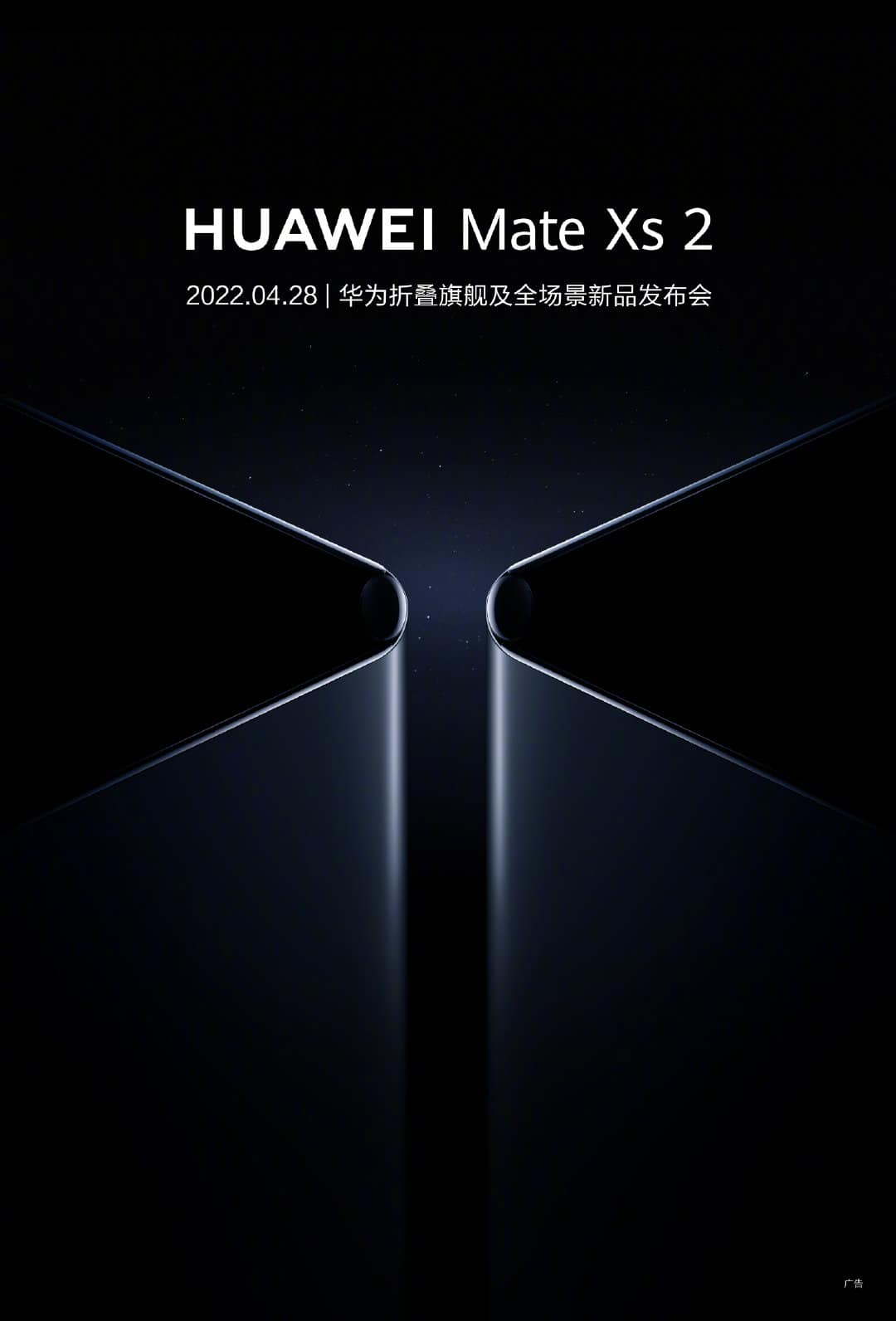 You can expect it to include powerful specs

We’re not really sure what specs will it offer at this time, but you can expect powerful specs on the inside. The US ban is still in effect, though, so do note that this device won’t have Google services even if it launches in other markets. It will also be limited to 4G connectivity if that happens.

It will be interesting to see this thing’s design, though. I’m sure Huawei improved it quite a bit in comparison to the original Mate X and Xs. Still, having in mind that a part of its display will be exposed on the back when the phone is folded is… well, odd.

This smartphone will likely feature only one display considering that it’s folding outwards. So, almost half of its panel will sit on the back when the phone is folded, while the front half will be accessible to use. Its rear cameras will serve as its front cameras, so don’t expect display camera holes or anything of the sort.