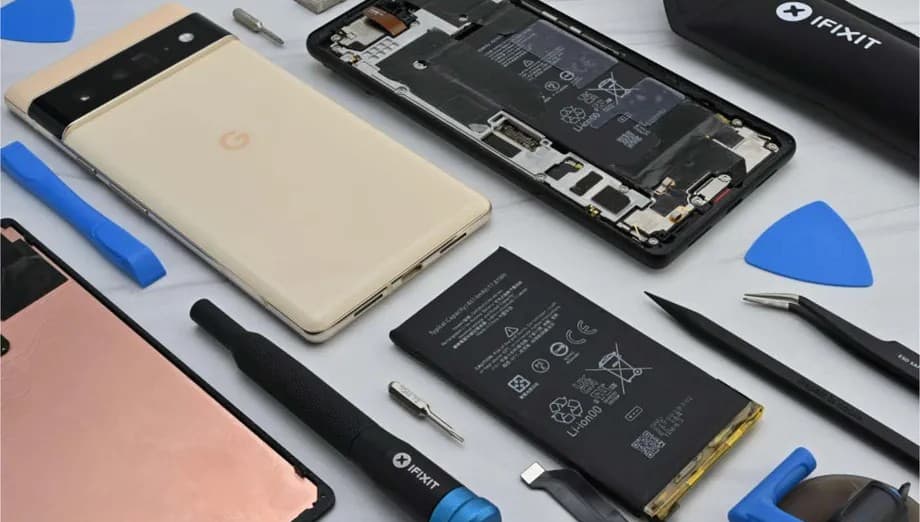 Recently, Samsung announced that it partnered with iFixit to allow people to repair their own products. Now, Google is jumping on that bandwagon. According to a company blog post, Google is also partnering with the company to promote self-repairs on Pixel devices.

When your phone breaks, it can be tough fixing it yourself. Sadly, this is what manufacturers want. A lot of the time, you have two options: you can either pay the company an exorbitant amount of money to repair the phone or just live with a broken phone.

But now, we’re seeing some progress on this front. Now that the right to repair has been passed, companies are encouraged to let the customers repair their own products at home. Samsung will allow this to happen during the summer.

Starting sometime this year, Google will also let people self-repair their Pixel phones. The company announced a partnership with iFixit, and it will provide official Pixel phone parts to customers. This means that they will be able to replace parts that typically get damaged during usage.

Since this is a partnership with iFixit, you’ll most likely buy the parts through iFixit’s website. Google, Samsung, and any other companies that partner with iFixit will definitely get a bit of each sale.

You’ll be able to fix really old Pixels as well

Obviously, when this service launches, you’ll be able to fix the more recent Pixel phones. But, what about the older ones? Well, you’re covered. According to the blog post, you’ll be able to buy parts for phones as old as the Pixel 2. That phone launched back in 2017.

It’s really great that Google is still supporting phones that old. Honestly, it’s a bit surprising as well; Google isn’t quite the best when it comes to supporting their phones through Android updates.

Samsung lets you replace your device’s back glass, display, and charging port. That’s a good list, but Google seems to have it beat. In the blog post, it said that you’ll be able to replace the display, battery, camera, “and more”. It didn’t say the entire list, but it doesn’t look like Samsung is going to allow people to replace the camera or the battery.

Being able to replace the battery in an old device seems like a great idea when it comes to preserving it. There are a lot of older devices that still have a lot of value, but their batteries die too quickly. We don’t know when Google will make this service available, but it will be sometime this year.