Google Maps is the most widely used map platform in the world, and it’s always adding on features to make traveling a lot easier. A slew of new features dropped including one that lets Google Maps estimate the toll prices for roads. This will come in handy for those times when you’re going to travel through a toll road, but don’t know the price.

It’s always a pain when you’re driving and you hit the toll road without knowing how much you have to pay. If you don’t quite have the change, you’re going to have to hold up the line or pay later. Thankfully, Google maps will estimate those toll road prices to give you a better idea of the price beforehand.

How will Google Maps estimate the toll price?

Now, since this is only an estimate, you don’t want to bring the exact change to the toll booth. Tolls change price from time to time. This means that showing a stationary price is out of the question. Google takes multiple factors into consideration. The blog post that this news comes from states “We look at factors like the cost of using a toll pass or other payment methods, what the day of the week it is, along with how much the toll is expected to cost at the specific time you’ll be crossing it”.

The company uses contextual data to come up with a “most likely” price. It could be lower or it could be higher than the actual price. Since that’s an estimation, you’ll probably want to bring more than the estimated amount just in case it undershoots the price. 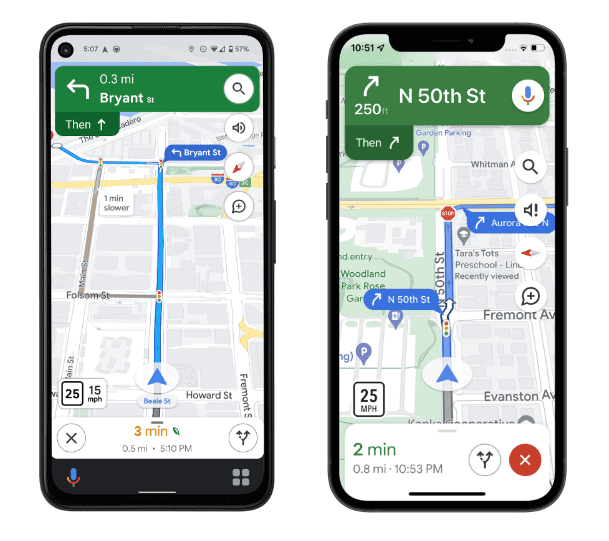 The app will show you more detailed information

There are other features coming to Google Maps. First off, you’ll get a more detailed view of roads now. Right now, the service shows you information like the street name and destinations. That’s great, but Google felt that it could be better. It’s adding a more detailed view to help you navigate better.

The app will show people information like stop signs, traffic lights, and building outlines. Those will give people a much better idea of how everything looks. Google says that is beneficial to people when they’re traveling through new locations.

Finishing out the features, there are some new features coming for iOS users. There’s a new Pinned Trip widget coming to iOS. With this, you can pin them to your home screen for easy reference. Also, the Google Maps search widget will be smaller.

Other iOS user features include being able to navigate using an Apple Watch and access Maps using Siri. These features will be coming soon, so you will need to check your app every now and then to see if you get the update.