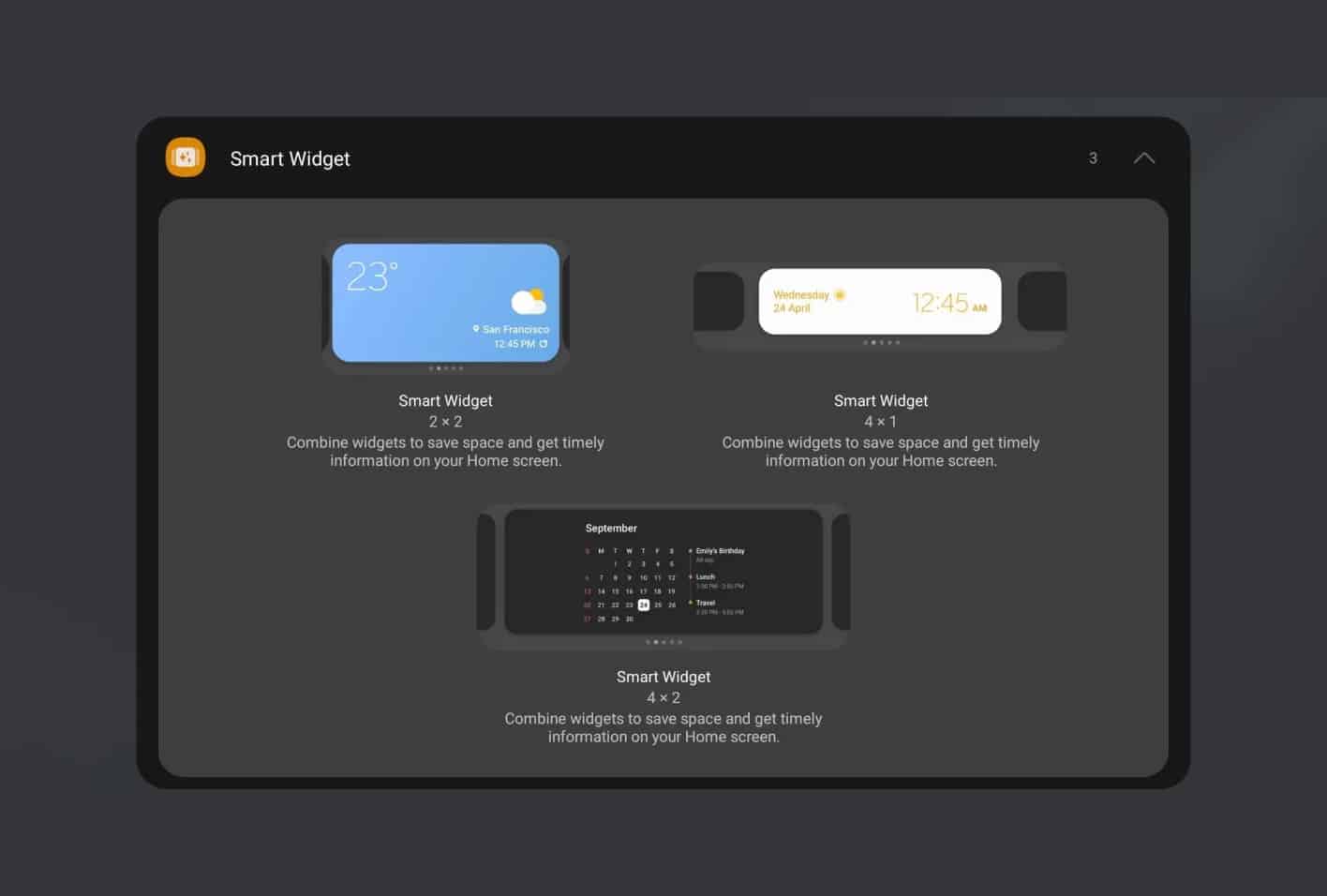 Samsung‘s Smart Widgets are coming to its Android tablets. According to a 9to5Google report, the feature is now available on the Galaxy Tab S8 for some users. Reddit user Timb1044 also claims to have it on their Galaxy tab S7. But the availability appears to be quite limited at the moment. We expect Smart Widgets to roll out to more Samsung tablet users in the coming weeks.

Smart Widgets, as the name suggests, make your homescreen widgets smarter. Instead of cluttering the homescreen with various widgets, this feature lets you combine multiple similar-sized widgets and place them all in one spot. This frees up space on the screen for other widgets, or simply for a cleaner look. The grouped widgets rotate automatically to show one at a time, though you can turn off auto-rotate. You can also swipe left or right to quickly find the one you need. An indicator at the bottom will tell how many widgets are in that group.

Like a single widget, grouped Smart Widgets are also resizable. You can long-press on a group to resize it, add more widgets,  move it to some other location, or remove it. According to the new report, you can choose from three sizes: 2×2, 4×1, and 4×2.

Smart Widgets are showing up on some Galaxy tablets

Samsung didn’t tell why Smart Widgets weren’t making it into other Galaxy smartphones and tablets. After all, it wasn’t a very complex feature. But in recent weeks, Smart Widgets started to roll out to some older Samsung devices with the One UI 4.1 update. It appears the Galaxy Tab S8 series is also gaining it. Perhaps the company had some work to do and held up the feature until now.

The new report speculates that a recent update for the Galaxy Tab S8 may have added Smart Widgets. The latest Samsung flagship tablets are currently picking up the May security update in Europe. For users who have yet to get Smart Widgets, this update could bring it. Galaxy Tab S7 series users may also receive Smart Widgets with a new update in the coming weeks. 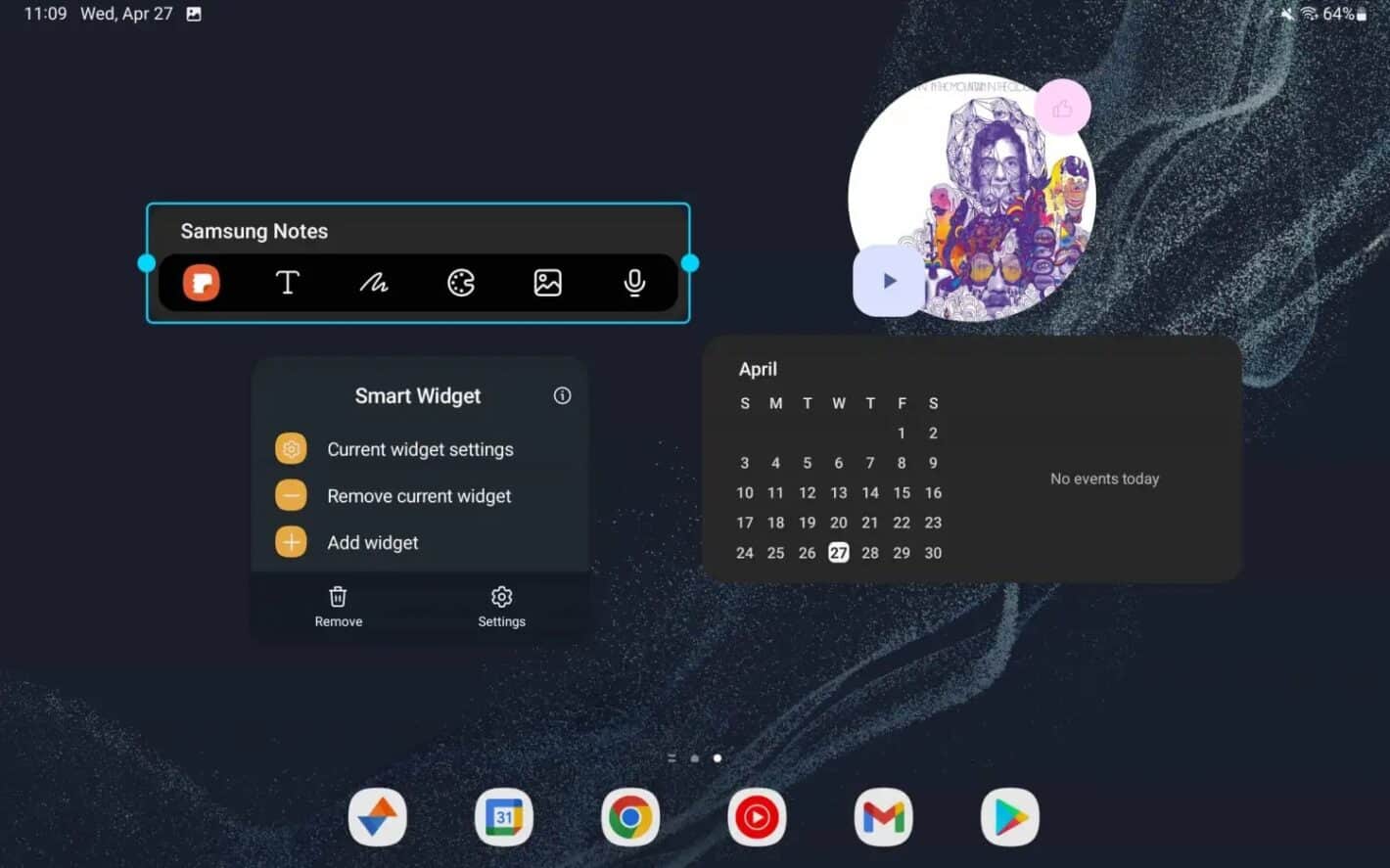 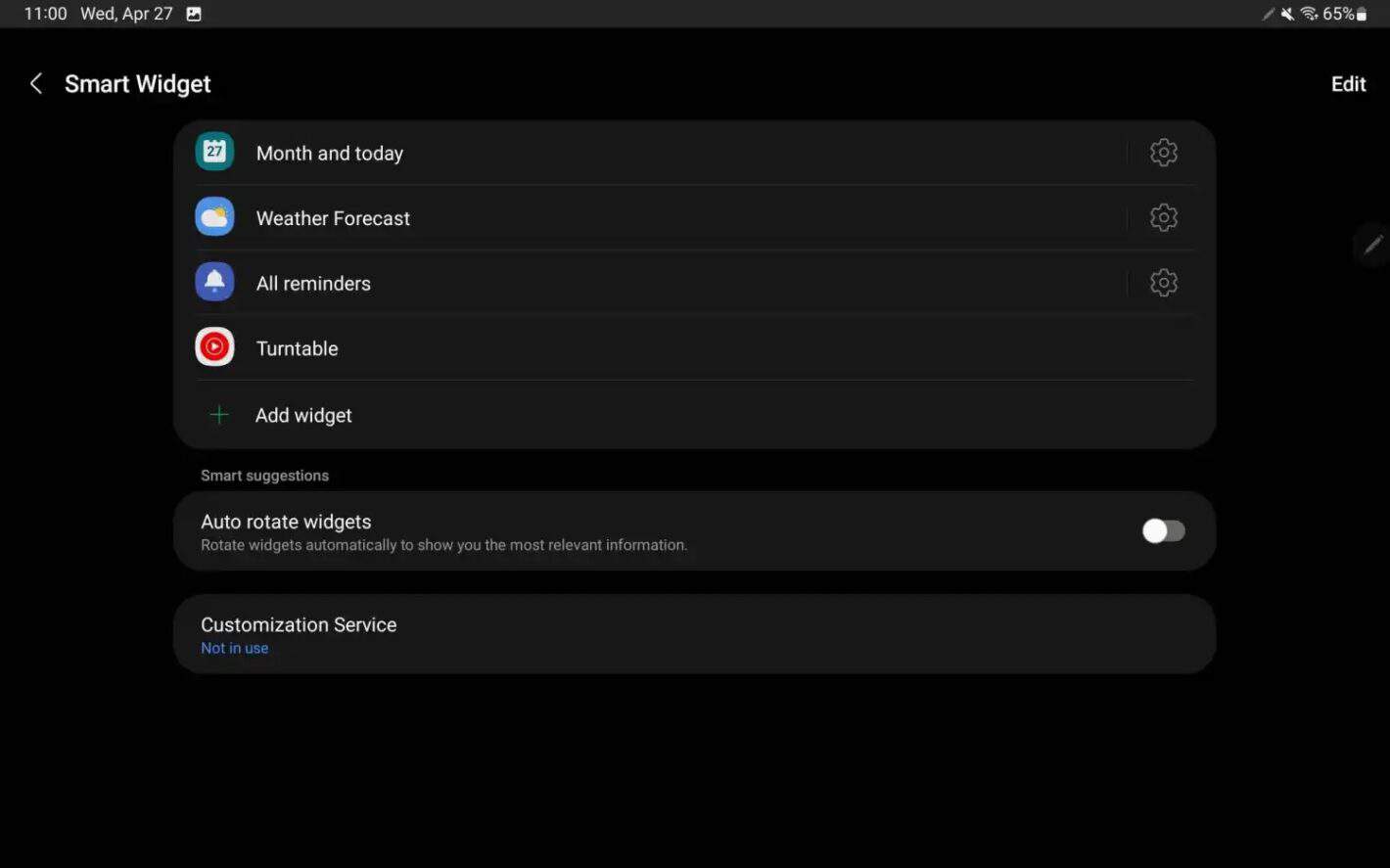 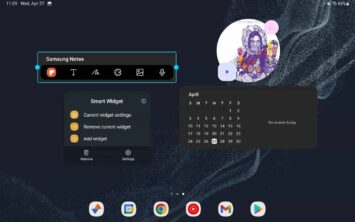 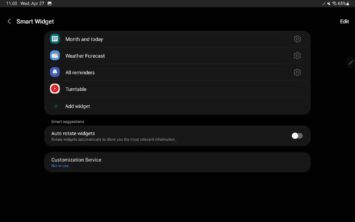