Samsung ships its Galaxy S22 phones either with the in-house Exynos 2200 or Qualcomm’s Snapdragon 8 Gen 1 processor depending on where you’re buying them from. The performance gap between these two processors is quite negligible (following Exynos 2200 Galaxy S22 series updates), possibly because the Korean firm manufactured both. However, a different chipset means the two Galaxy S22 variants behave differently while performing certain tasks. This includes photography as well, DxOMark reveals. That’s despite having the same camera hardware.

DxoMark tested the camera performance of both Snapdragon 8 Gen 1 and Exynos 2200-powered Galaxy S22 Ultra. The firm awarded 131 points to both variants. However, it noted that shots don’t always come out the same. There’s no one clear winner though. The differences vary. The Snapdragon variant captures better shots sometimes, while the Exynos variant comes out on top some other times.

According to DxoMark’s report, the Snapdragon-powered Galaxy S22 Ultra produces less noise than the Exynos variant in still photos. The loss of detail when cropping the image is also lower. But tables are turned when it comes to videos. A cropped video still captured with the Snapdragon variant contains more ringing, moiré, and loss of fine detail. The Exynos counterpart produces less ringing and captures more detail. Between the Snapdragon and Exynos variants of the Galaxy S22 Ultra, the former is better for photography while the latter capture better videos and zoom shots, DxOMark concludes.

Overall, the Galaxy S22 Ultra has a quite capable camera setup. But there is still room for improvement. A global ranking of 14 isn’t quite impressive. DxOMark has rated the Honor Magic 4 Ultimate to be the best camera phone with a score of 146. 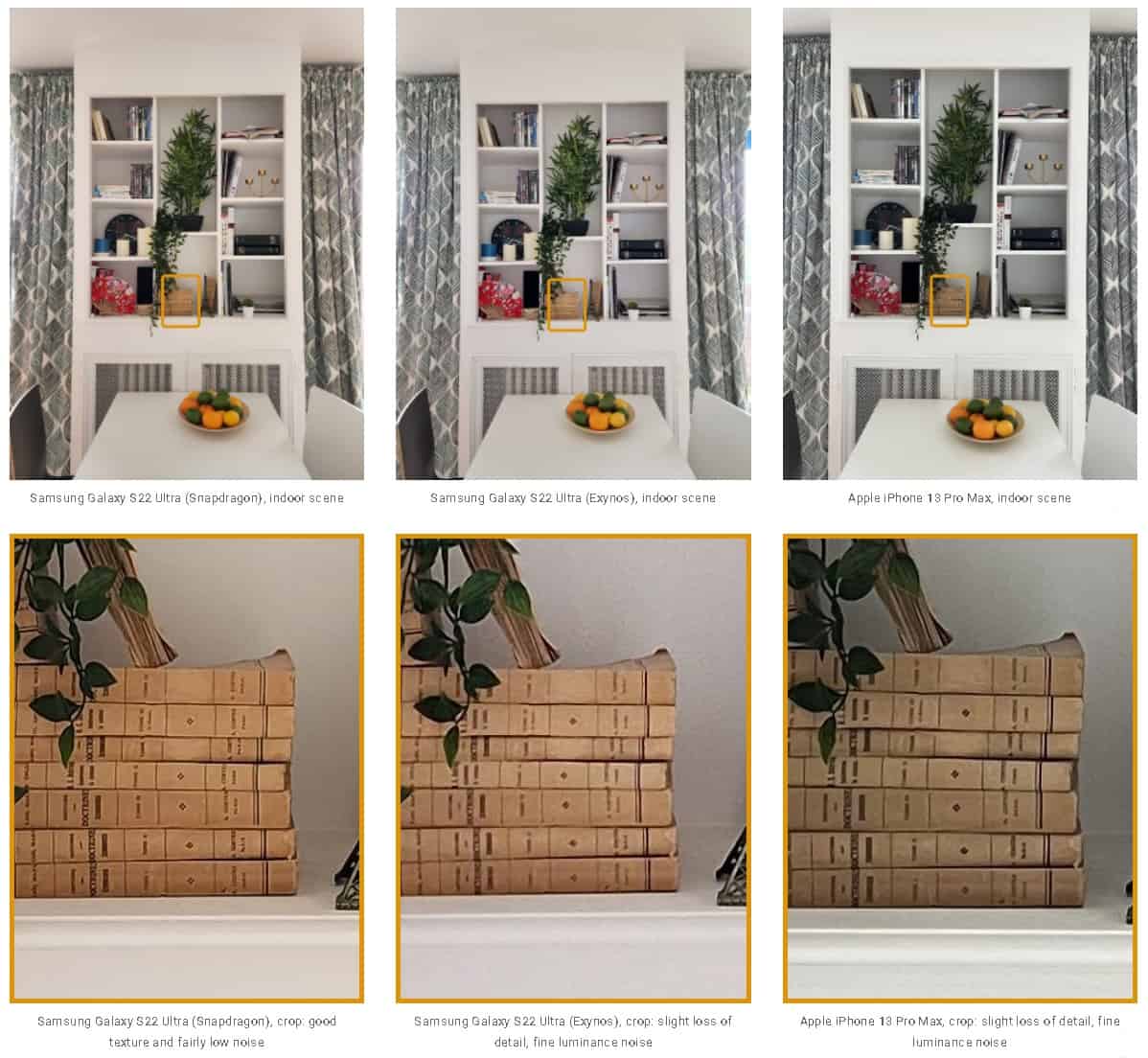 Perhaps except for the chipset, all other key hardware specs remain unchanged across the two Galaxy S22 Ultra variants. But they don’t always produce the same shots because their chipsets pack different ISPs (Image Signal Processors). Hopefully, Samsung will optimize the camera software for improved picture quality across both variants. 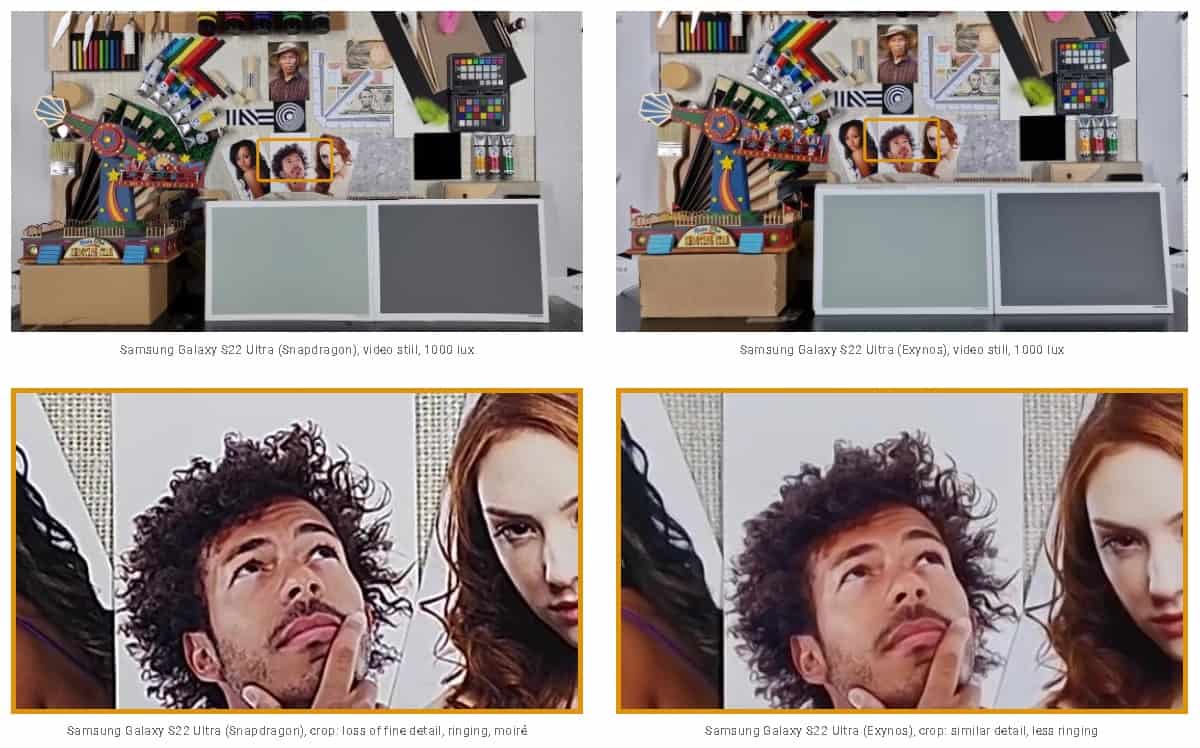