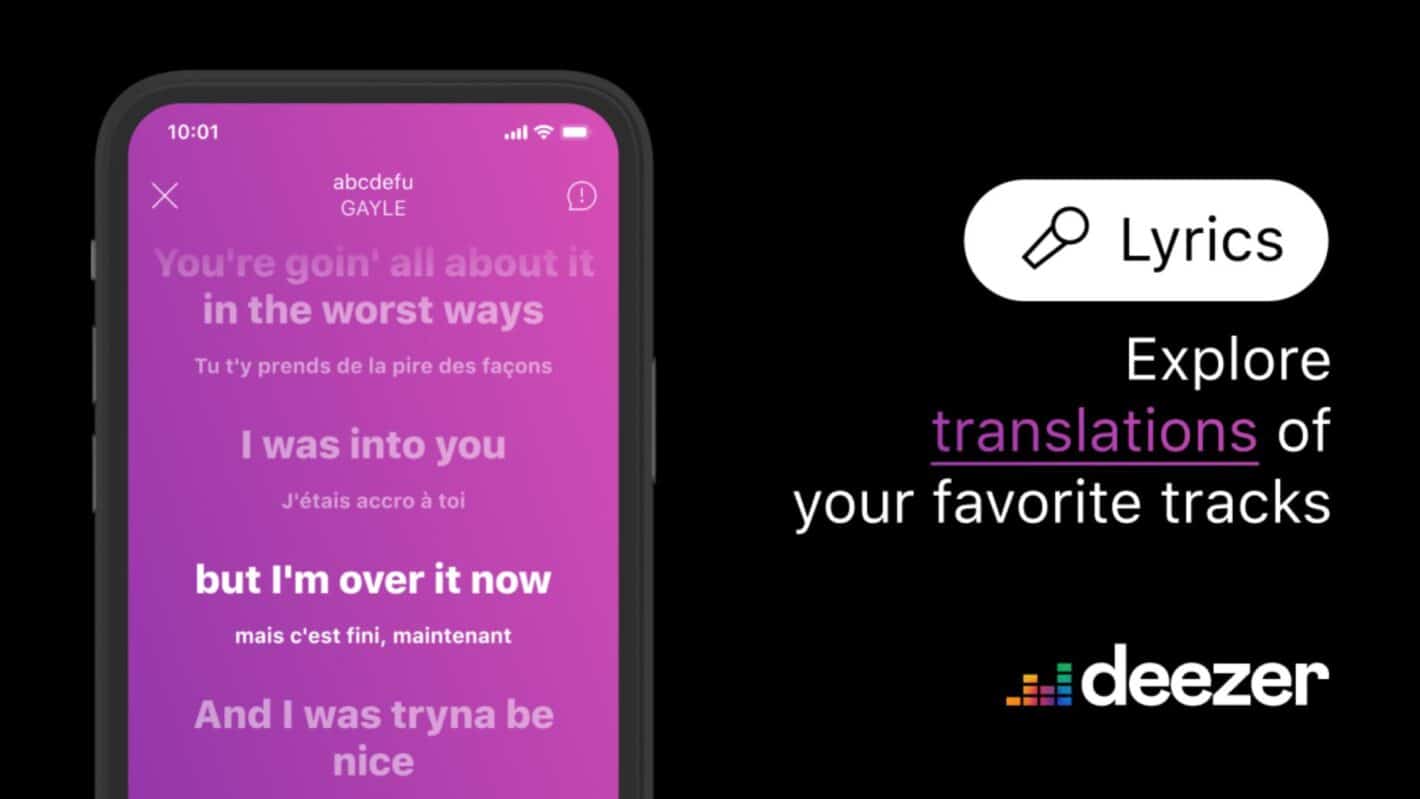 Popular streaming giant Deezer has officially launched a new lyrics translation feature for its app. The feature is, for now, fairly limited. Only around 10,000 of “the most popular songs streamed on the platform” are able to be translated at launch. And those are only songs in French, German, Portuguese, and Spanish. Specifically, translating into English. But the company does indicate that the initial launch is just a starting point.

Why is this only translating from English, and how do you access it?

As noted above, this is just an initial launch. But it’s also the first of its kind for a streaming music app. For now, Deezer is billing its Lyrics Translation as a way to “brush up on” or “learn” a new language through music. That’s for either English-speaking or non-English speaking users. But that obviously won’t be the only use.

Users in non-English speaking regions will also be able to learn the meaning behind their favorite English language tunes as well. And the feature is available on both the iOS and Android apps. As well as the desktop app on other platforms.

Then, when accessing the lyrics via the microphone icon, users need to select the “with translation” option. Selecting “without translation” will disable the feature.

Another obvious point of potential for the feature would be real-time lyrics translation into English for those listening to artists that don’t perform in English. And that’s another potential aspect of Lyrics Translation that hasn’t gone disregarded by Deezer. Although it isn’t available now.

Deezer hasn’t provided a timeline for that. However, it has indicated that the new feature will expand “over time,” including new lyric translations and translations from other languages into English.