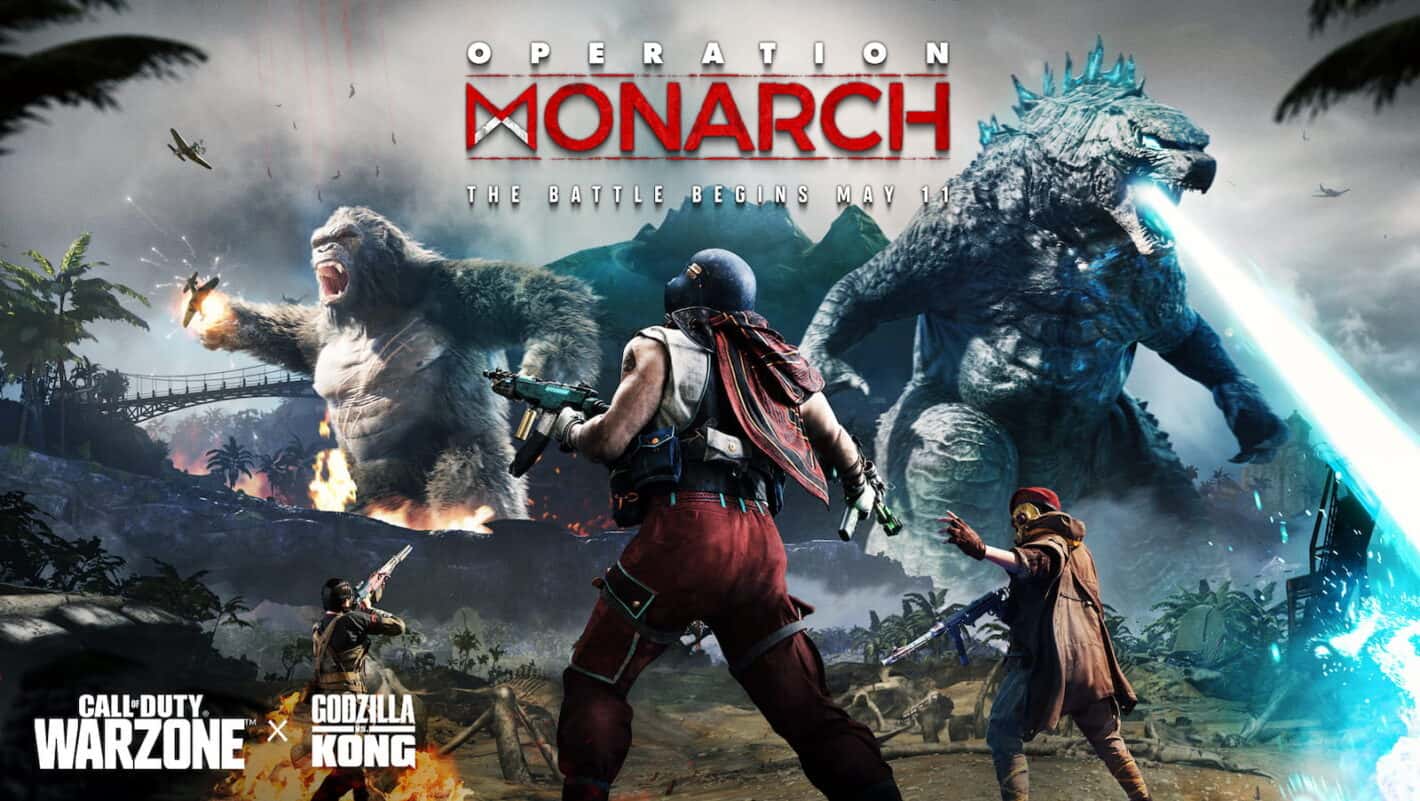 Call Of Duty: Warzone is having a monstrous crossover soon, which will see Godzilla (king of the monsters) adapted into the game for some, what can only be imagined as, really wild experiences. Crossovers are nothing new for Call Of Duty. As in they didn’t just pop up this year. But up until recently they’ve really been a little more down to earth. That is until crossovers like Attack On Titan and Snoop Dogg.

With this latest crossover, Warzone players will encounter Godzilla and King Kong in some form. Details so far are a little light on how they’ll make an appearance. But Activision does break down part of the crossover event in an official blog post.

The company has also put out a new trailer to announce the upcoming event, which takes place next month.

Godzilla and King Kong Join Call Of Duty: Warzone in May

The crossover event, officially called Operation Monarch, will take place on May 11. So that puts it just a few weeks out. Activision doesn’t say much about the two monster, but it does mention that players will be able to “uncover ancient secrets and loadout items at Dig Site.”

Players will also be treated to an all-new four-player Quads mode. This will feature a “titan-sized twist” and be based on several of the franchise’s classic experiences. Leading up to the event, Activision also says players should be looking out for ancient artifacts, monarch research equipment and test, and a giant axe near the resort.

If you want to hit the ground running once the event launches, it should be live at 9AM PST on the day. In addition to the Operation Monarch event, there will also be a now offshore Gulag called The Hold where players will need to escape from. This is a new three-lane arena players can do battle in while they await redeployment onto the field.

The Hold is “based in the belly of a ship moored just off the coast of caldera.” Featuring identical hallways around the perimeter of the map that surround a mostly open space.