I’ve been an Android user since 2010. I’ve had contact with iOS since then, quite a bit, and I’m quite familiar with the OS. I haven’t really used it as my first choice until recently, though. I decided to conduct a little experiment, and use the iPhone 13 Mini as my daily driver for a while. That happened recently, and I already noted down my experience in a recent editorial, in case you’re interested. That being said, during my usage I realized that iOS could easily become a better OS if only Apple “borrowed” some features from Android. So, in this article, I’ll list 9 Android features that I’d like to see in iOS.

Granted, there are way more features that could make the transition, but then we’d have two Android OS’, basically. These are only the ones that I do believe could truly push iOS to a whole new level. iOS is quite limited as it is, and that is Apple’s intention. I’m not trying to say it should become Android, I’m just saying Apple could do more to improve what it’s offering inside its iOS bubble. That being said, let’s get started, there’s much to talk about here. I’ll separate everything into sections, of course, in no particular order. 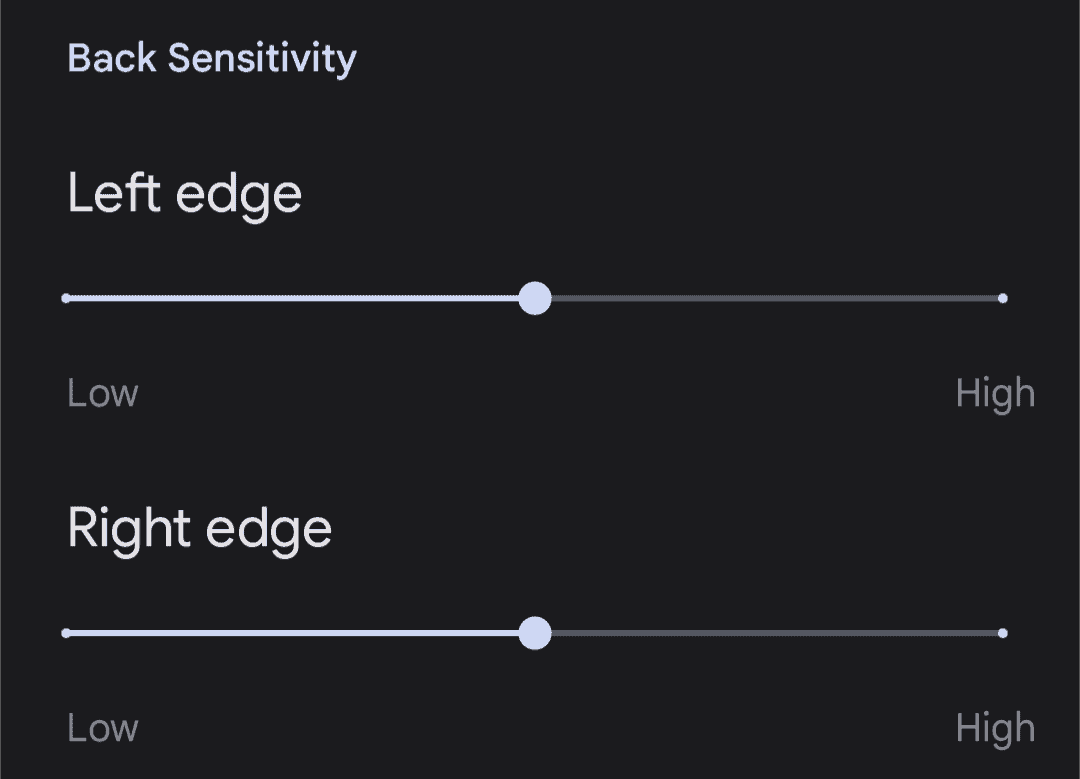 Unlike Android, iOS doesn’t have a universal back button / gesture. Most of the time, you can tap the back button in the top-left corner, or swipe from the left edge of the display towards the middle to go back… not always, though. That is something that drove me crazy during my iOS usage. People do get used to it, of course, as with everything, but it’s just counterintuitive. At times, you can’t tap that button or swipe to go back, you have to, for example, swipe down. That goes for some menus, when you’re watching a video in full screen mode, and so on. It happened plenty of times during my usage, and I don’t understand why it is the way it is. It makes using iOS counter-intuitive, and it should be a really simple OS to use. This should have been changed a long time ago. 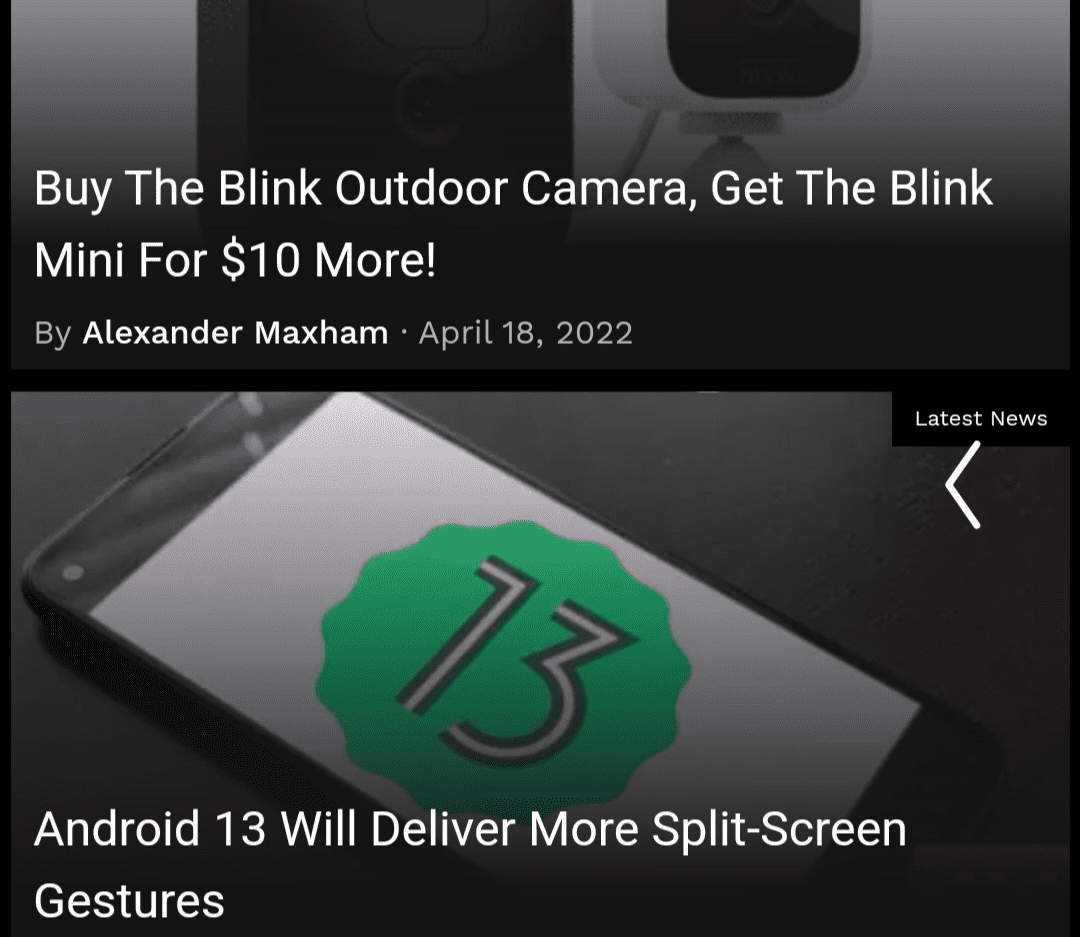 Another navigation-related feature I think should be added is the right side swipe. As things stand right now, with iOS 15.X, you can only swipe from the left side to go back. Needless to say, that motion is really difficult to do when you’re using anything other than the iPhone 13 Mini. The larger the phone is, the more difficult it is to conduct that gesture. This is true for righties, of course, if you’re a leftie, you don’t really care. So, why not offer users an option to swipe from the right side to go back? As it is on Android. Apple can either enable both gestures, or allow users to choose one, at the very least. This would do wonders for one-hand usage. 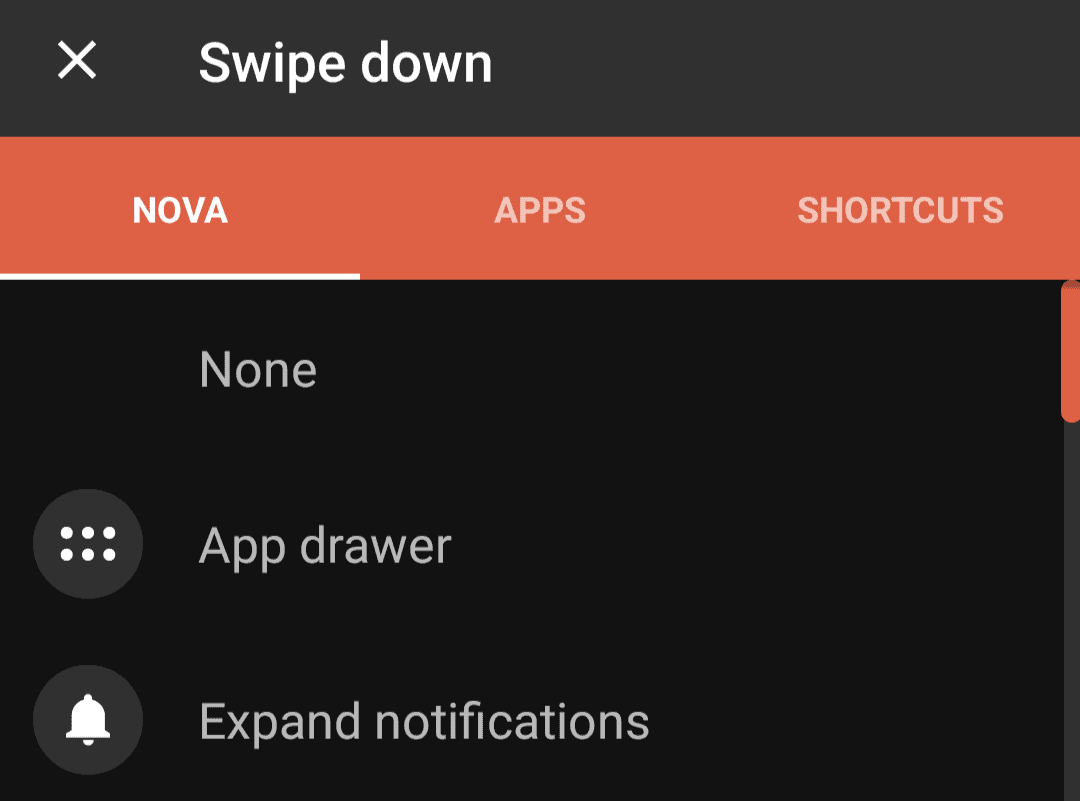 In order to access the notification shade aka notification center on iOS, you need to swipe down from the top-left side of the display. If you swipe from the top-right side, you’ll access the control center. Needless to say, this action (for the notification center) is really difficult to do if you’re a rightie. It’s even difficult to do on the iPhone 13 Mini, let alone any other iPhone 13 model. On Android, on most phones, you can set the swipe down from any screen to call upon the notification shade. It doesn’t really matter where you swipe, as long as you’re on the home screen, and you do a swipe towards the bottom of the phone. Needless to say, this is really easy to do, and it’s one-hand friendly. Apple should either copy this, or think of a different way to implement it. Activating reachability mode whenever you need to access the notification center is not the best solution, and even with that activated, the motion is not the easiest to do. 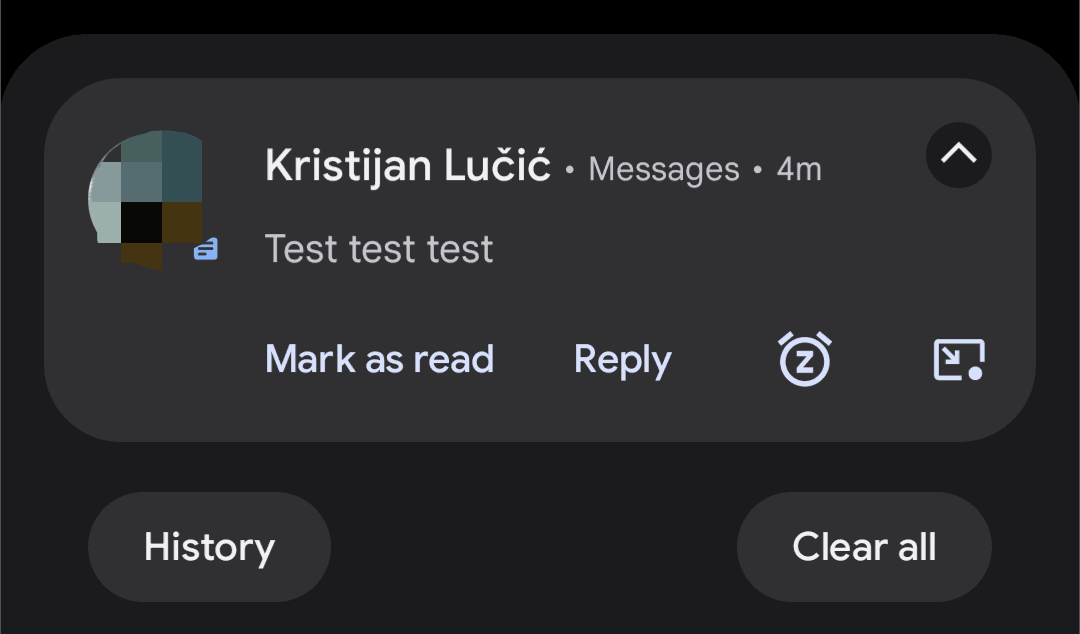 Android does a much better job when it comes to handling notifications than iOS. That has always been the case, though Apple did improve things when it introduced notification grouping and some other features. Still, Android is still ahead. The notification cards look better, and offer more information, and that goes for both the sheer amount of text they can show, and the quick options they offer. In order to access some quick options for iOS notifications you have to long-press on a specific notification, nothing is readily available. Also, you cannot simply disable your display from lighting up whenever the notification arrives, you have to either disable lock screen notifications or activate DND mode. Such a simple toggle should be included. Speaking of which, notification-related settings are a mess in iOS. You have to set most things on a per-app basis, there are no general toggles for the vast majority of things. iOS also moves your notifications to the ‘older notifications’ menu if you don’t open them for a while, and as far as I can tell, there’s no option to remove this “feature”. 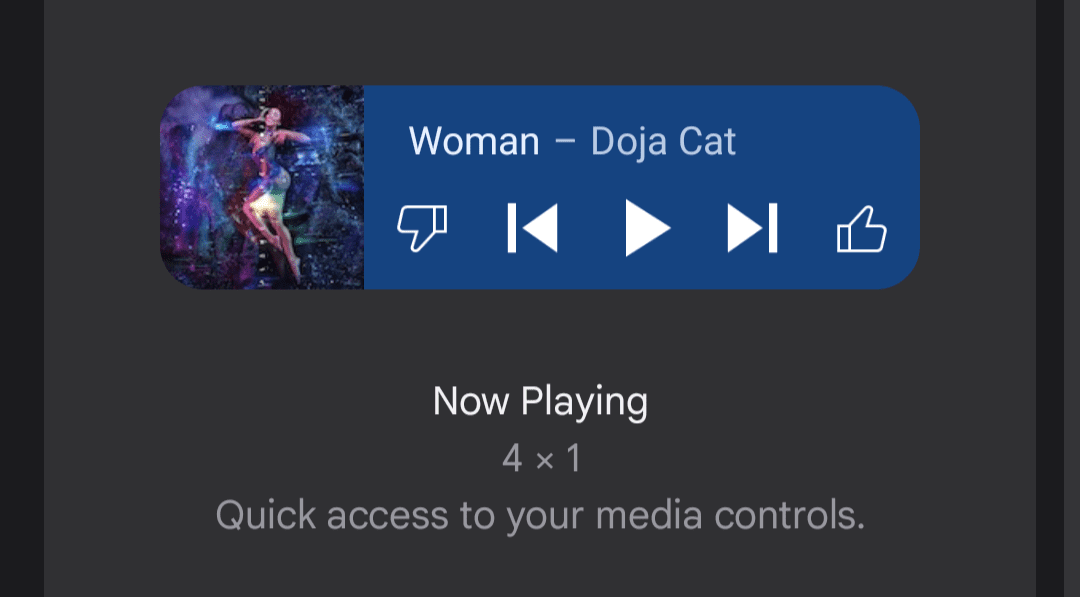 Apple finally introduced widgets with iOS 14. The experience it introduced was quite basic, as those widgets were not interactive. Apple was expected to change that with iOS 15, but that didn’t happen. The widgets are still not interactive, which makes them half-baked, basically. You cannot use a simple music control widget as a result of this, that’s just one example. You cannot place a music control widget to jump between songs or play/pause music from your homescreen. Every time you interact with a widget a belonging app will appear. Needless to say, that makes Apple’s widget implementation… well, not the best. It would be really nice to see interactive widgets in iOS.

Improved scrolling is another feature I’d like to see make a transition from Android. At the moment, in iOS, scrolling is linear. You cannot quickly swipe through a lot of content by using a single swipe. You can gain momentum by swiping several times in order to achieve that. Scrolling, as a result, feels quite limiting. For Android users who switch to iOS, well, it will feel odd. That is one way in which Apple is probably keeping the performance as smooth as possible. Who knows. Regardless of what the reasoning behind it is, it’s rather odd to use if you’re used to something better. I much prefer freestyle scrolling, as using iOS’ scrolling felt like using a computer mouse with a really low DPI. 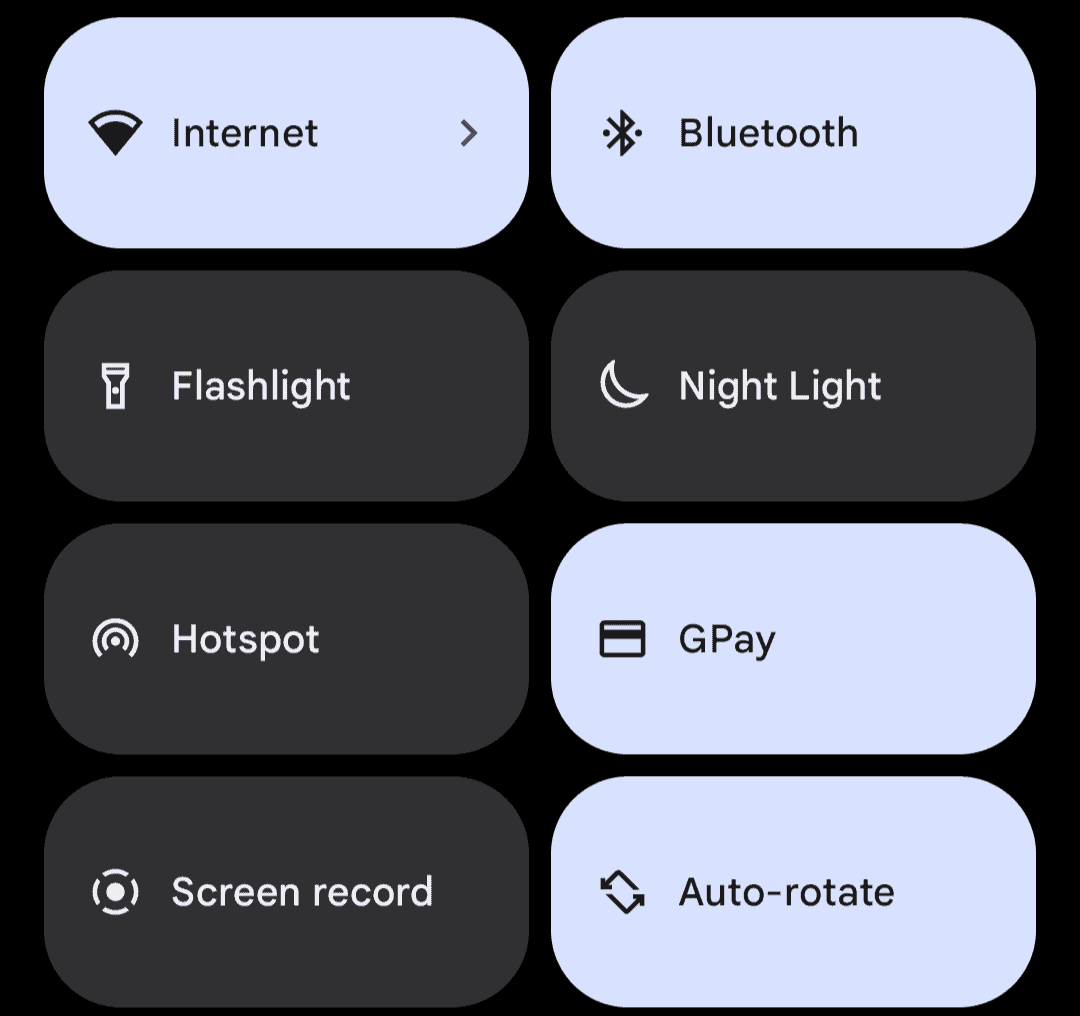 iOS’ Control Center is really good. You can access it by swiping from the top-right side of the display. There are plenty of toggles that you can access there, but still, there are not as many options as on Android. You can basically make anything appear in the notification toggles on Android, either from the get-go, or with some help from a third-party app, depending on what you’re running on your device. Another limitation that was really annoying during my usage was the inability to completely disable Wi-Fi from the Notification Center. It only disables it until the morning the next day, so temporarily. You have to navigate to the main Wi-Fi settings menu and do it from there, in order to make it permanent. This can be really annoying if you’re used to turning on Wi-Fi when you wake up. There is simply no reason for this temporary toggle. 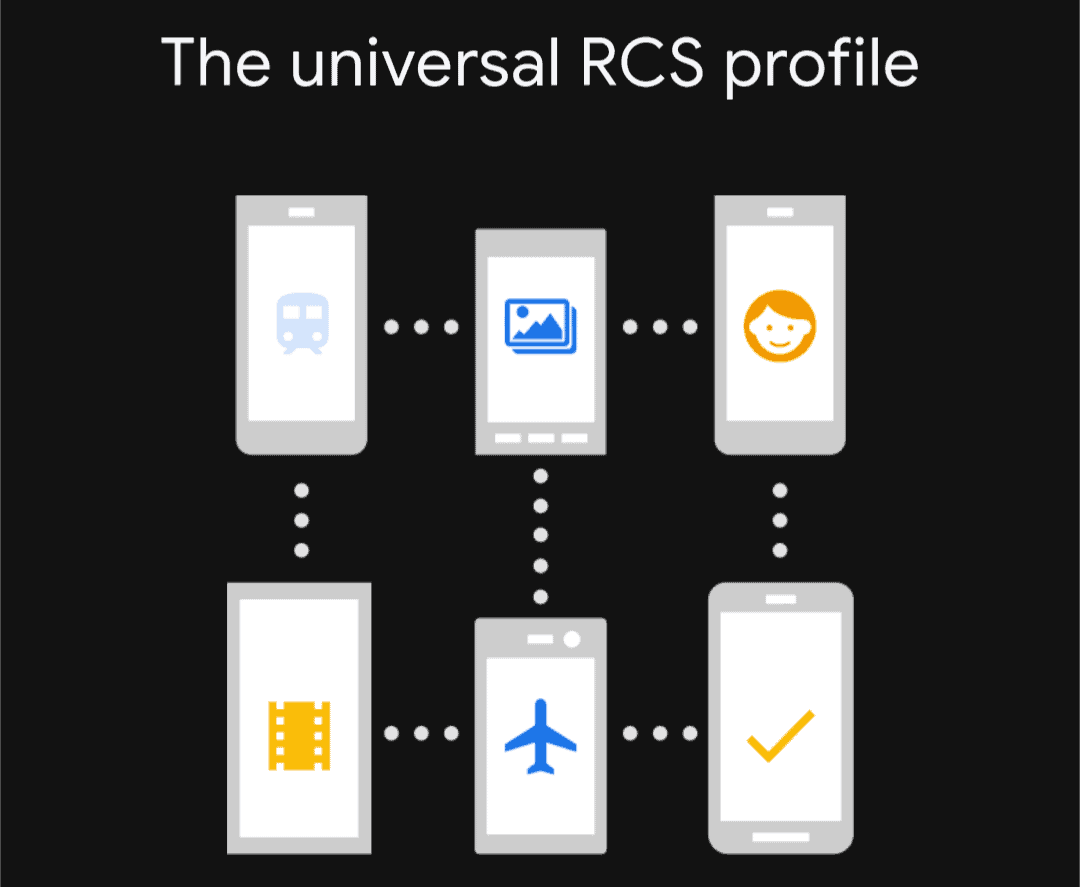 RCS stands for Rich Communication Services. This is often referred to as SMS 2.0, as it supercharges your SMS app. It essentially enables an SMS app to act as an instant messaging app. Google Messages are just one example of an app that supports RCS, many other SMS apps for Android do. Apple does not, however. That is not surprising, as Apple is using iMessage to keep people locked into its own ecosystem, it makes sense for them. Why would they enable RCS and allow users from other platforms to communicate with iMessage via the Internet. Well, that would benefit the users, but it likely won’t happen, unless Apple ends up being forced to do something like that. Still, it would be nice to see, and could potentially hurt some popular instant messaging apps, if it becomes a standard, of course. 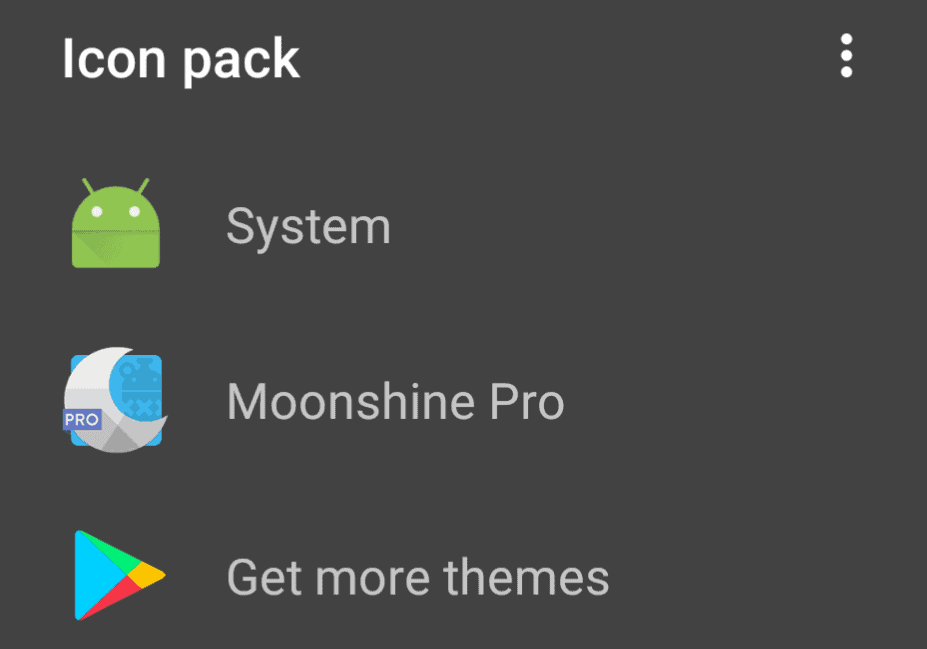 iOS is not exactly well-known for its customization, and that’s perfectly fine. That is where Android shines. Still, Apple could do more in this regard, not to the lengths of Android, not even close, but it could still do more. One example is the home screen itself. It would be nice to see some grid options, so that users can fit more icons on the screen. Another suggestion would be for an easier customization of app icons, for Apple to offer that option from the get-go. That feature is quite gimmicky now, as users use the ‘Shortcuts’ app to create different app icons. It’s a long, and convoluted process, as that app is not meant to do that. You also can’t place app icons and widgets wherever on the display, they have to be pinned to the top, to the next available spot. These are only some examples, there are so many smaller customization options that Apple could offer that would benefit users, without delving into Android’s territory.