Android 13 Beta 1 is here and appears to include a fresh UI change for the built-in media player UI. That’s based on recent reports surrounding the update from the Android 13 developer preview to the first beta release. The change should make it easier than ever to discern where, in a song or movie, playback currently is.

So what’s new with the Android 13 media player and why does it matter?

Now, the change in question here is a fairly simple, if a subtle one. In fact, the media player UI in Android 13 — which itself appears as a card in the notification shade or in widgets, just as in previous versions — won’t be wholly unrecognizable. It still contains the same play/pause button, repeat options, and a heart to “like” a track.

What’s changed is both the placement and style of the track scrubber. Namely, the small — typically, flat — line that shows the current position in playback. While that still contains a small dot for tracking, the line behind the dot is now wavy. Making it easier than ever to see, at a glance, where the progress of the playback the dot is.

Equally importantly, the forward and backward ‘skip’ icons have moved to either side of the scrubber too. Meaning that the UI to go backward is on the left-hand side. The UI for going forward is on the right-hand side. As shown in the image provided by the source below.

When will Android 13 officially launch and will this still be in place?

Pixel smartphone owners wanting a first-hand look at the new UI only need to update. And, surprisingly, Google isn’t requiring a full device wipe to do so for this first beta. That is, at least not if users are going from an Android 12 Beta to the new OS.

For everybody else, the Android 13 final release is expected to arrive in the third quarter. That should place its launch between July and September. Although Android 12 was launched in October. However, it’s worth noting that not every OEM will have a quick and ready update available when it does launch. And there’s no guarantee that this new feature will make it all the way through to the final cut of the update. 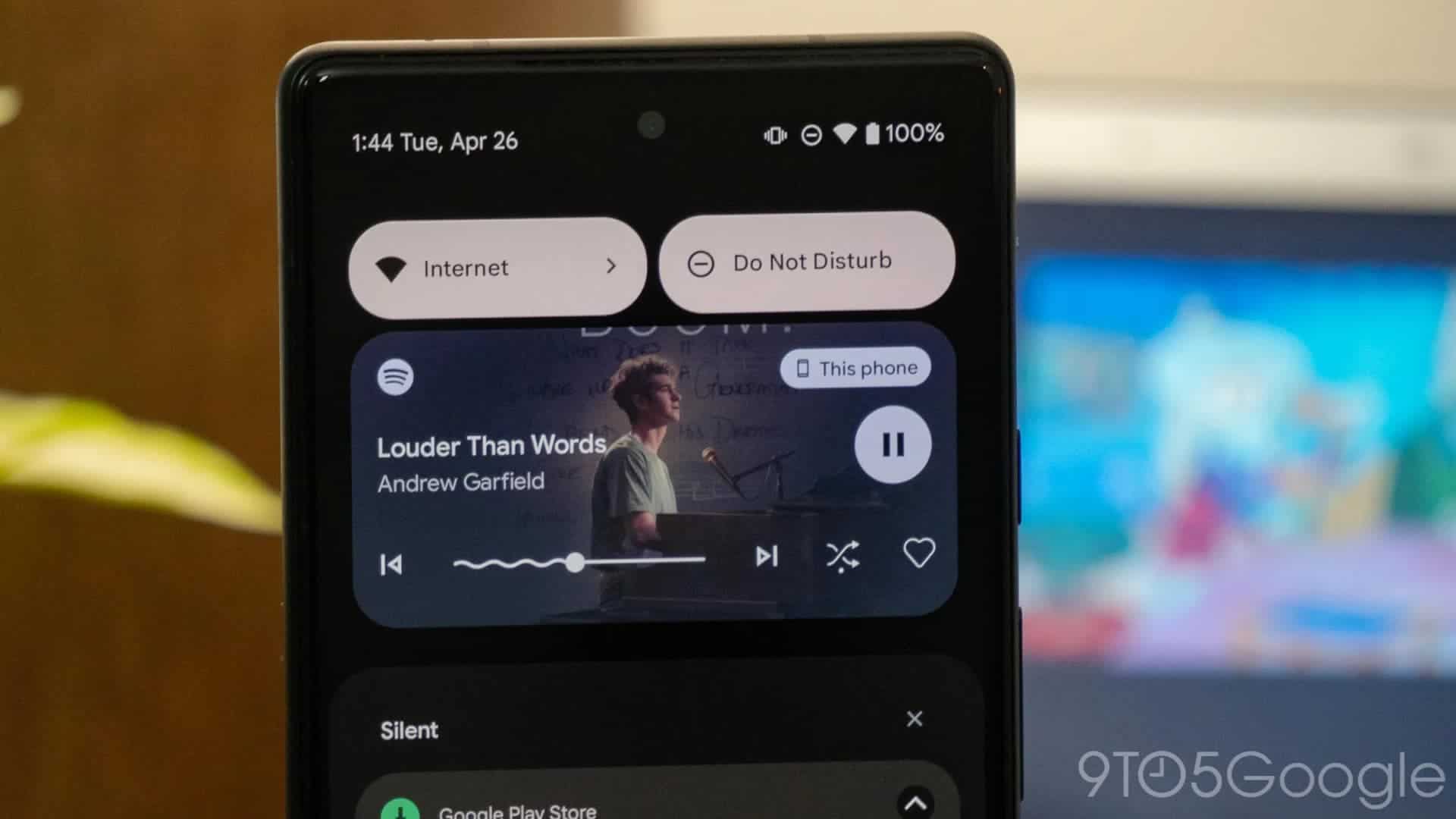