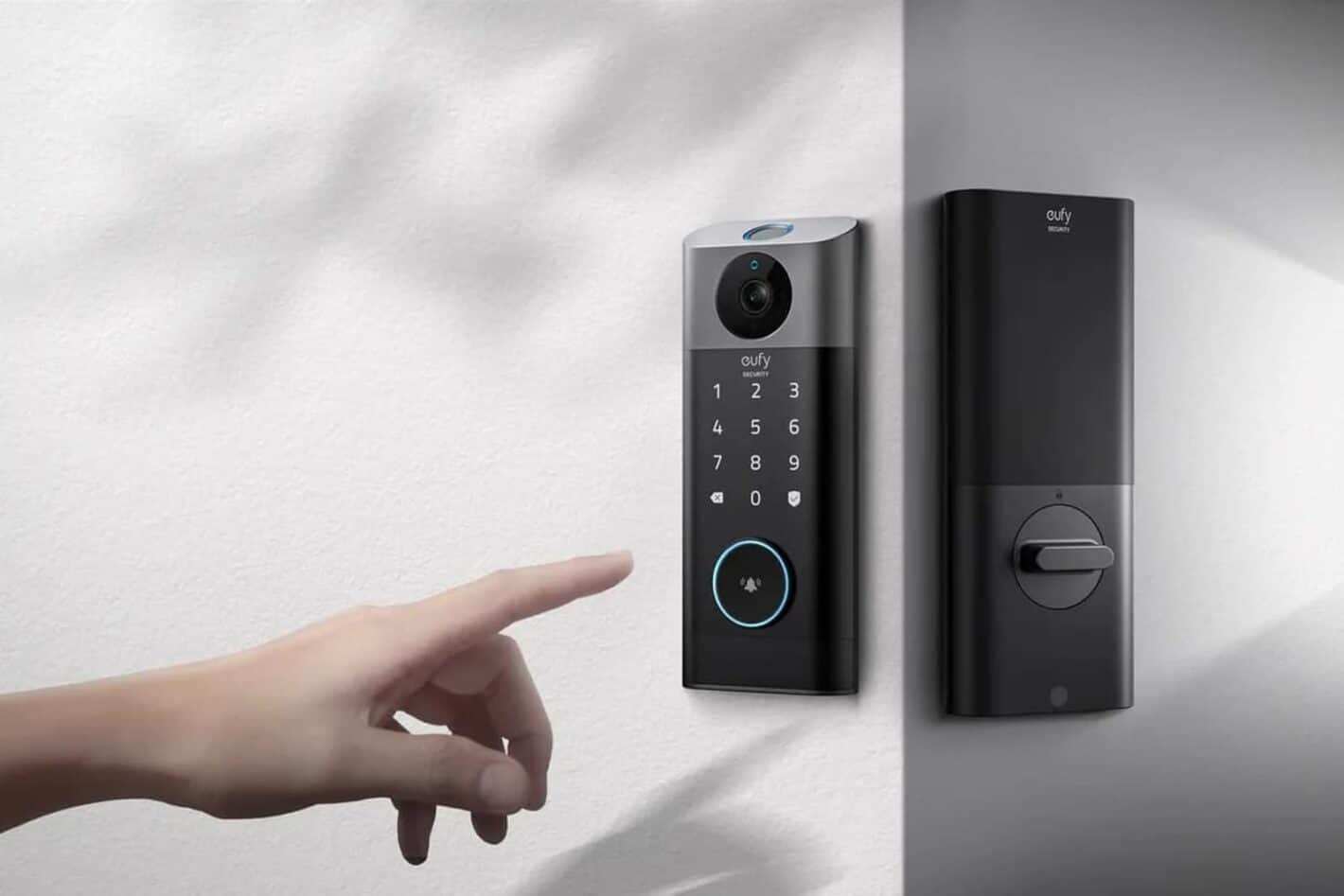 Eufy Security has a brand new product expected to hit the market in the next several months that puts a smart door lock and video doorbell in one gadget. The news follows a successful Kickstarter for the device, dubbed the Eufy Security Video Smart Lock. The campaign met more than 5-times its $50,000 goal. And, as the branding entails, there’s quite a lot going on with the device.

Now, the Eufy Security Video Smart Lock is technically a three-in-one gadget so it goes beyond the door lock and doorbell. It’s a security camera for a door just like a standard smart home doorbell. But it also comes with a deadbolt lock, pulling useful features from other Eufy products.

On the camera side of the equation, the Anker company started with a 2K resolution, 4:3 aspect ratio camera. That also features night vision, a speaker, and a mic for two-way communication. Meaning that homeowners can see who’s at their door and talk to them if needs be. The 160-degree field of view, conversely, ensures that more than just the stoop can be seen in the video.

Additionally, the camera is enabled with PiR and radar as well as Eufy’s “Human Detection” AI. So it can detect motion and record footage as needed too. Without accidentally catching everything, in case users only want to be notified about people.

Of course, since this is also a connected smart lock, users can also let people into or out of their homes remotely. That’s via either app or voice control. And, without installing a second device, secure their home via keypad or fingerprint scanner. The latter of which Eufy says has undergone improvement compared to its previous smart locks. Specifically, cutting fingerprint recognition down to just 0.3 seconds.

Eufy doesn’t mention a smart hub for this device either. So, unlike some previous gadgets in its category, it may not require them. Connecting directly to Wi-Fi instead. The company is also including a chime since this gadget isn’t compatible with traditional hardware on that front. Following industry trends to combine multiple devices into one without the need for more hardware.

Now, some other details, such as how footage is stored or how many fingerprints can be stored haven’t been laid out just yet. And it isn’t clear yet whether the keypad codes will be coupled with features found on similar devices already on the market. For instance, the ability to share temporary codes or delivery service-specific codes. But the company has laid out some pricing and availability information.

For starters, the company expects to send Eufy Security Video Smart Lock to market for just $399. That’s could be a great value since the top-ranked standalone smart lock and doorbell from Eufy would typically cost around $60 more.

Finally, the company will sell the lock starting in June at Amazon and its own Eufy store online.